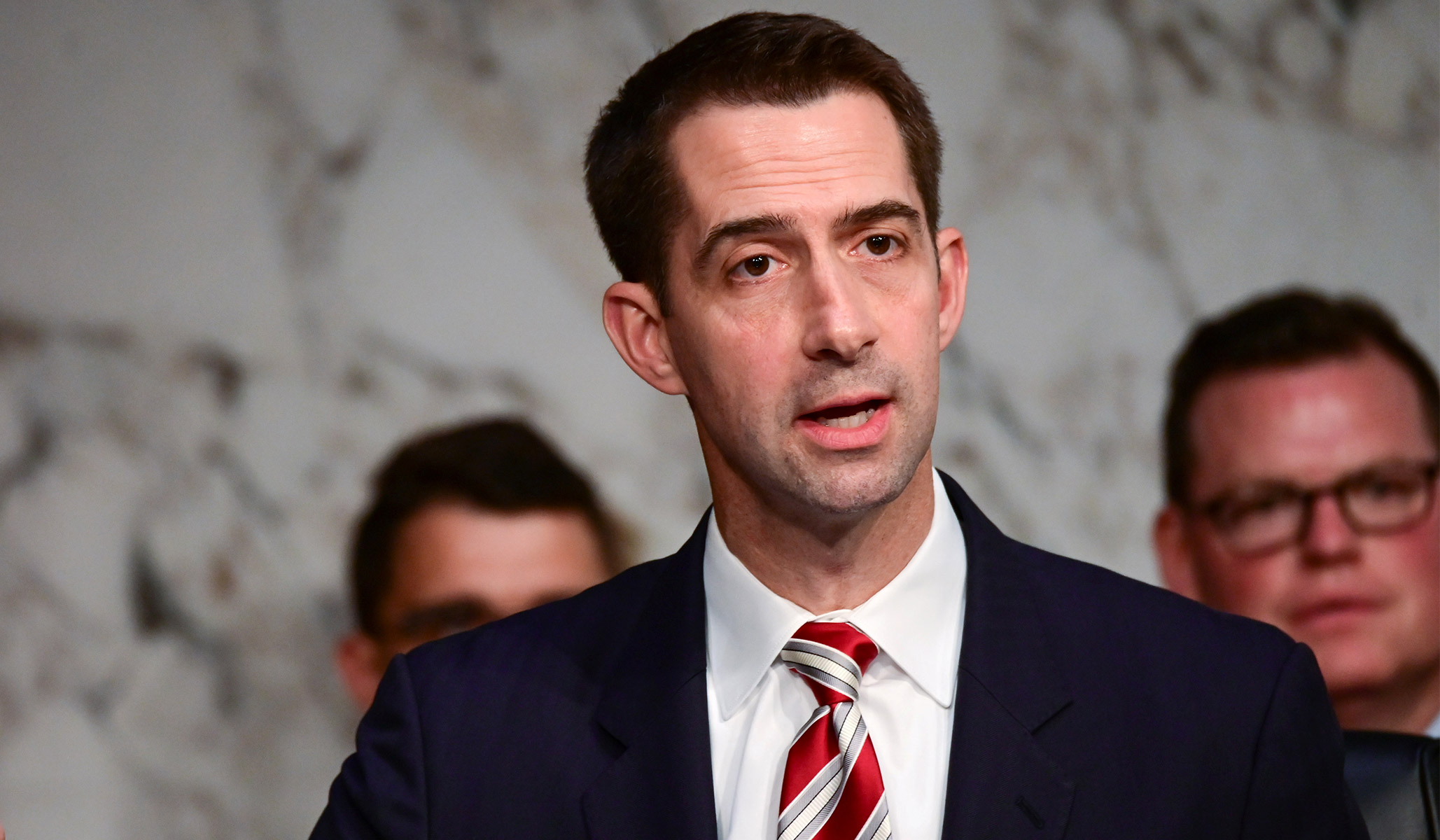 Senator Tom Cotton (R., Ark.) on Tuesday pressed a Coca-Cola representative on the company’s decision to act as a sponsor to the 2022 Beijing Olympics despite China’s human rights abuses against the Uyghurs.

Cotton had a heated exchange with Paul Lalli, global vice president of human rights at Coca-Cola, during a hearing of the Congressional Executive Commission on China on Tuesday.

The panel urged U.S. corporations including Coca-Cola and Visa to pull their sponsorship unless the games are relocated given that an estimated 1 million Uyghurs and other Turkic peoples in the Xinjiang region are detained in the CCP’s concentration camps.

Cotton called out Coca-Cola for its hypocrisy after it was willing to come out against Georgia’s new election laws earlier this year but remained silent on China’s genocide of the Uyghur people.

The Republican lawmaker noted that the company pledged to “continue to stand up for what is right in Georgia and across the United States” at the time.

“Are we to take from your statement at the time that Coca-Cola will not stand up for what is right outside the United States?” Cotton asked.

Coca-Cola: We stand up for what is right across the world.

Also Coca-Cola: We will not condemn the Chinese Communist Party for committing genocide, and we will support the Winter Olympics in Beijing. pic.twitter.com/9C56MJJYe8

Cotton then asked Lalli if he believes that the Chinese Communist Party is committing genocide against the Uyghur people.

“We’re aware of the reports of the State Department on this issue as well as other departments of the U.S. government,” he said. “We respect those reports, they continue to inform our program.”

Cotton then shot back that Lalli had “refused to say a single word, by all appearances, that will cost you one bit of market share inside of mainland China” during his testimony.

The senator noted that earlier in the hearing, when asked if Coca Cola would call for the International Olympic Committee to delay the Chinese Olympics to allow the games to be rebid or for China to stop its genocide, Lalli said that the company “doesn’t have a say” in that decision. Cotton questioned why the company “doesn’t have a say in whether it sponsors a genocide Olympics next year but it does have a say in how the state of Georgia runs an election.”

Cotton then suggested that the CEO of Coca-Cola “could saddle up the same moral high horse that he got on when Georgia passed its election law and write a letter to the IOC and ask them” to postpone or relocate the Olympics.

Lalli continued to defend the company, claiming that it is “most engaged on policy issues here at home but we are clear in our respect for human rights globally.”

“You’re spending millions of dollars to sponsor the genocide Olympics, yet you will not opine on any matter about it,” Cotton said. “Yet, you will stick your nose in the Georgia legislature’s election reform laws. Can you explain to me the contrast?”

“First, let me say that we do not make decisions on these host locations we support and follow the athletes wherever they compete,” he said.

Cotton then said he was “tired of hearing” Lalli’s “talking points.”

“I think the answer is you’re afraid of the Chinese Communist Party,” Cotton went on to say. “You’re afraid of what they will do to your company if you say a single word. Like for instance, saying that both the Biden and the Trump administrations are correct when they say that China is committing a genocide against its own people.”

Members of the panel warned that unless the Chinese government changes its behavior regarding Hong Kong and the Uyghur Muslims in the Xinjiang Province, that American companies that sponsor the Olympics will be complicit in enabling China’s human rights abuses.