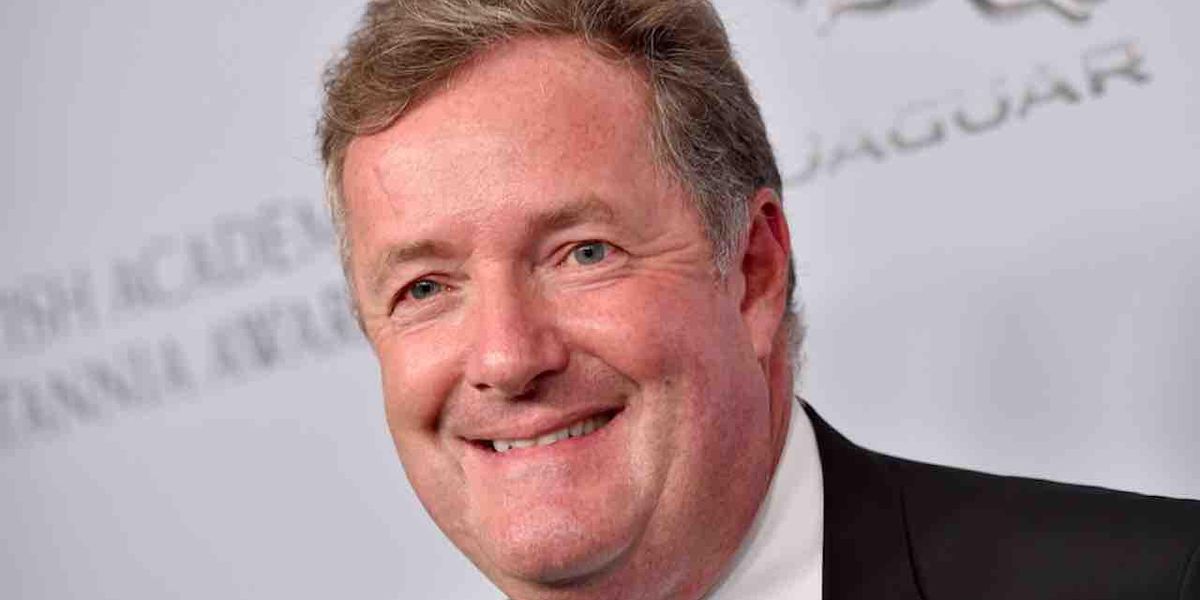 One thing you can say about Piers Morgan: He’s impossible to pigeonhole into any one sociopolitical camp.

You can scream that he’s a leftist for being decidedly anti-gun — but then he stands up loudly against woke culture and vigorously defends freedom of speech, views that conservatives are way more likely to share.

Morgan once again is turning more than a few heads, not only for bashing American gymnast Simone Biles for pulling out of Olympic competition because she claimed she wasn’t in the right mental place, but also for ripping unvaccinated individuals.

Yup. Morgan, in addition to being very much in favor of getting the COVID-19 shots, threw down in a big way against those who haven’t yet been vaccinated.

“Those who refuse to be vaccinated, with no medical reason not to, should be refused [National Health Service] care if they then catch COVID,” he tweeted Tuesday. “I’m hearing of anti-vaxxers using up [intensive care unit] beds in London at vast expense to the taxpayer. Let them pay for their own stupidity & selfishness.”

Those who refuse to be vaccinated, with no medical reason not to, should be refused NHS care if they then catch cov… https://t.co/8oQHQKtoEt

He preceded the aforementioned tweet with a separate shot across the bow at the vaccine-hesitant: “The furious determination of so many supposedly intelligent people to refuse to be vaccinated against COVID is staggering, incredibly stupid and deeply depressing. What the f*** is wrong with you????”

The furious determination of so many supposedly intelligent people to refuse to be vaccinated against covid is stag… https://t.co/VpJf3Ug8FP

How did folks react?

As with all things Piers-related, he has himself a devoted group of loyalists — and his share of rabid critics. To wit:

“I’m double jabbed and have now been diagnosed with myocarditis. Caused by the vaccine. No one knows what the long-term effects are from this. Injured by the f***ing vaccine. I wish I’d never taken it,” one commenter replied to Morgan. “So piss off trying to force ppl to take this poison.”

“A highly provocative tweet, but he has a point,” another user noted. “If you refuse to undertake a simple medical procedure designed to prevent the condition, I struggle to see why you deserve the time, cost and resources of something entirely self inflicted.”

Here are some other reactions from both camps:

‘That is a DANGEROUS misuse of science’: Jordan Peterson on why we shouldn’t ‘trust the science’
Maxine Waters bashes Biden for ‘whipping’ of Haitian migrants and calls it worse than slavery: ‘What the hell are we doing here?!’
‘Celebrities are crazy,’ basketball legend Shaquille O’Neal declares: ‘I denounce my celebrity-ness’
Confirmed: Wuhan Scientists Planned to Release Coronaviruses Into Bat Caves 18 Months Before Pandemic
The Eastman Memo Is a Tragedy of Errors