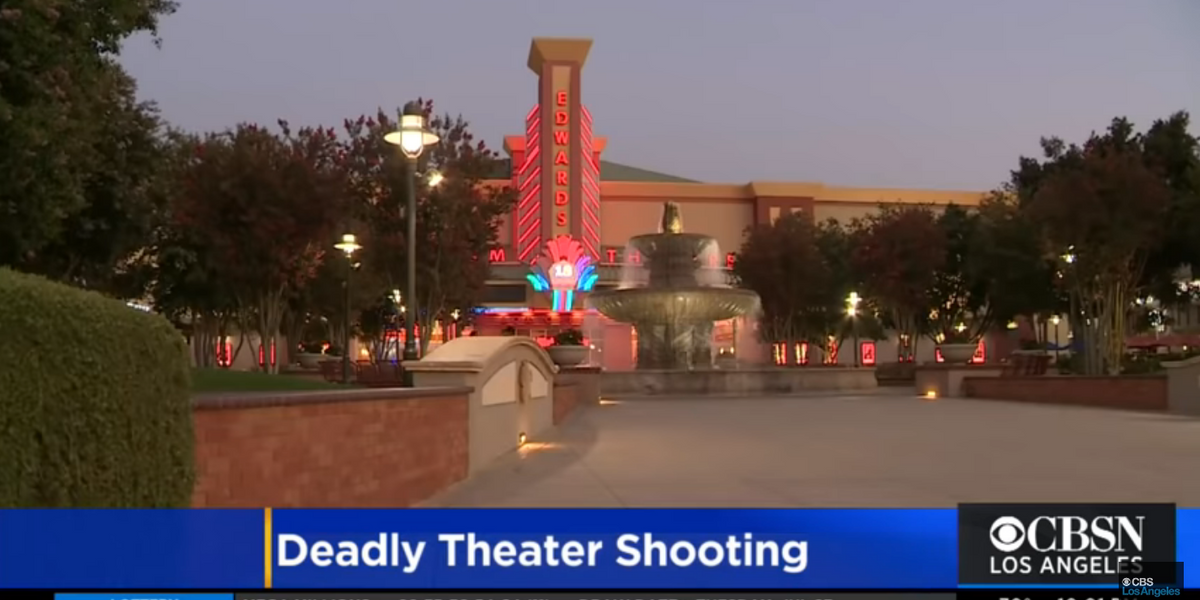 A TikTok star is reportedly on life support and his friend is dead following a shooting at a Southern California movie theater Monday night.

The pair were watching the violent horror flick, “The Forever Purge,” at a 9:30 p.m. showing at a Regal Cinemas movie theater in Corona when they were attacked, KCAL-TV reported.

The movie is the fifth installment in the “Purge” series, a collection of dystopian horror films centering on the premise that in the future, America will hold an annual national holiday known as The Purge, in which all crime — including murder — is legalized for a 12-hour period.

Law enforcement have not reported any leads or suspects and the incident remains a complete mystery. Barajas and Goodrich were reportedly found by a cleaning crew at the theater who came in to sweep the area following the movie.

“At some point, the employee or employees walk inside the theater to conduct their clean-up or walk through and that’s when the 911 call was placed,” Corona Police Department Cpl. Tobias Kouroubacalis said. “[They said] that there was an unknown problem, somebody was bleeding, there wasn’t very specific information given.

“We don’t have any suspect information right now,” Kouroubacalis added. “We have no information to lead us to believe there is an active threat to our community or any surrounding community right now.”

Each of the victims clearly suffered from gunshot wounds, but no gun was found at the scene, authorities noted. Another problem facing investigators is the small audience that was present at the time of the crime, the Associated Press reported. Theater staff reported that only six tickets were sold for the showing.

Police are now asking members of the community to come forward with any information involving the shooting.

Both Barajas and Goodrich are local to the Corona area. Goodrich was reportedly home on summer break from Grand Canyon University, a private Christian university in Arizona.

Her cousin, Ashley Cole, told KCAL she believed the crime may have been premeditated.

“When there’s [sic] only six people in a movie theater, to me, that’s not what I imagine someone that’s not going with intentions to kill someone to do,” Cole said.

A GoFundMe page has been set up to help Goodrich’s family cover the cost of her funeral.

Cash, COVID, and cover-up, part 3: ‘You will have tasks that must be done’
Courtroom defendant shot, killed after rushing judge who had just read guilty verdict
In Interview With the New King of Late Night, Trump Rips Biden’s ‘Gross Incompetence’
Re: Texas and the Taliban
Scoop: HHS is reviewing all doctors’ orders for monoclonal antibodies. Rep. Chip Roy wants to know why.