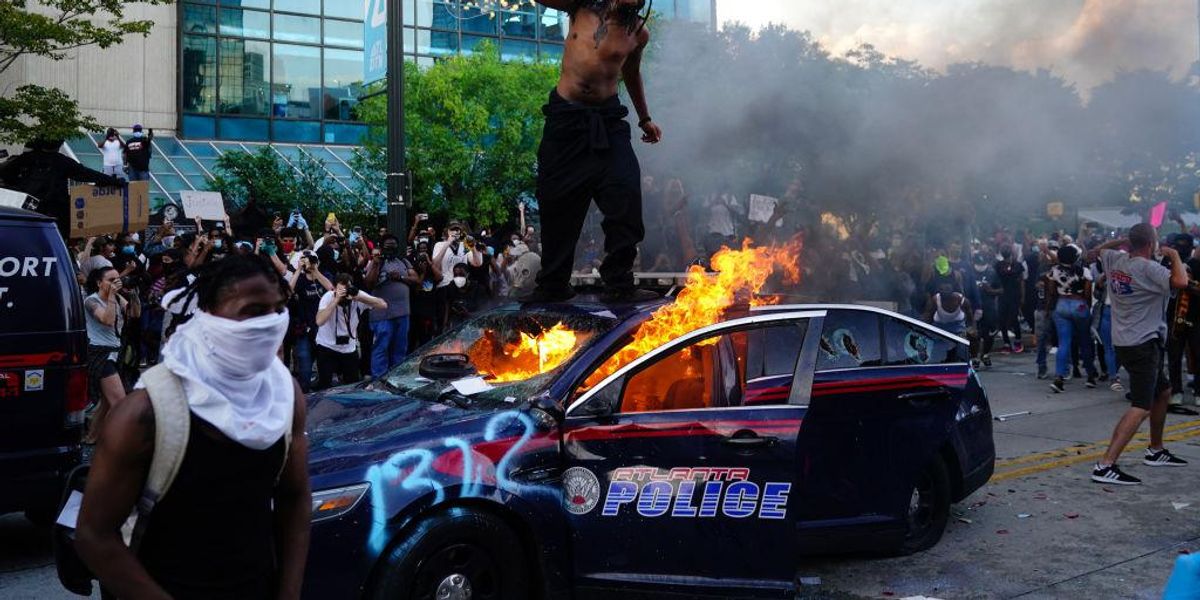 National Police Association spokesperson Betsy Brantner Smith during a Wednesday interview with Fox News described the congressional probe into the Jan. 6 Capitol riot as a “dog and pony show.”

According to its website the NPA is a non-profit organization “founded to educate supporters of law enforcement in how to help police departments accomplish their goals.”

The outlet reported that Brantner Smith, a retired police sergeant and self-described conservative, said Congress should hear from officers who were hurt amid George Floyd riots that occurred in 2020.

“People need to see that police officers go through horrible things, and Jan. 6 was a horrible thing for some of those officers,” Brantner Smith said, according to Fox News. “But, quite frankly, I find this whole Jan. 6 Commission, frankly, a dog and pony show. It doesn’t tell the whole story.”

On Tuesday during the first hearing of the House select committee tasked with investigating the Jan. 6 episode, four law enforcement officers discussed their Jan. 6 experiences.

According to Fox News, the NPA spokesman said that those officers have been “politicized by Congress” and although their accounts are important, the public also deserves to hear about the stories of those in law enforcement who were harmed amid violent protests that occurred the prior year.

She referred to a recent survey by the NPA and Rasmussen Reports which indicated that 66 percent of likely U.S. voters believe Congress should probe the violent protests which took place last year.

“I want the American public to hear about that,” she told the outlet. “And based on our survey, the American public wants to hear about that. They want to hear the testimony. You know, we have a Las Vegas police officer who is still paralyzed from the Black Lives Matter riots. We have thousands of police officers around the country who are retiring because of post-traumatic stress because of the riots.”

Fox News reported that Brantner Smith slammed the push to “defund the police” for dehumanizing law enforcement and that she contended that policies allegedly meant to save the lives of black people are actually doing the reverse.

“It’s heartbreaking,” she said. “I have some cops who would rather go back to Iraq than continue to work on the street, just because of the massive amounts of blood and bodies and everything they deal with that people don’t see.”

“It’s taking its toll,” she noted. “We already had a police officer mental health crisis in this country before George Floyd, and now the uptick in police officer suicides is reaching a crisis level.”

“We’re not saving Black lives by defunding the police, by reimagining police, by vilifying the police. And that’s what I think is so disingenuous, and I think it’s confusing for people. Because I think a lot of Americans say, of course, black lives matter. I mean, who doesn’t believe that black lives matter? But yet these policies in the name of Black Lives Matter are actually killing more Black people, damaging the lives of Black people than the police ever have,” she said, according to the outlet.

“We’re reaching a tipping point and I think yesterday kind of woke some people up — I hope. I hope,” Brantner Smith said.