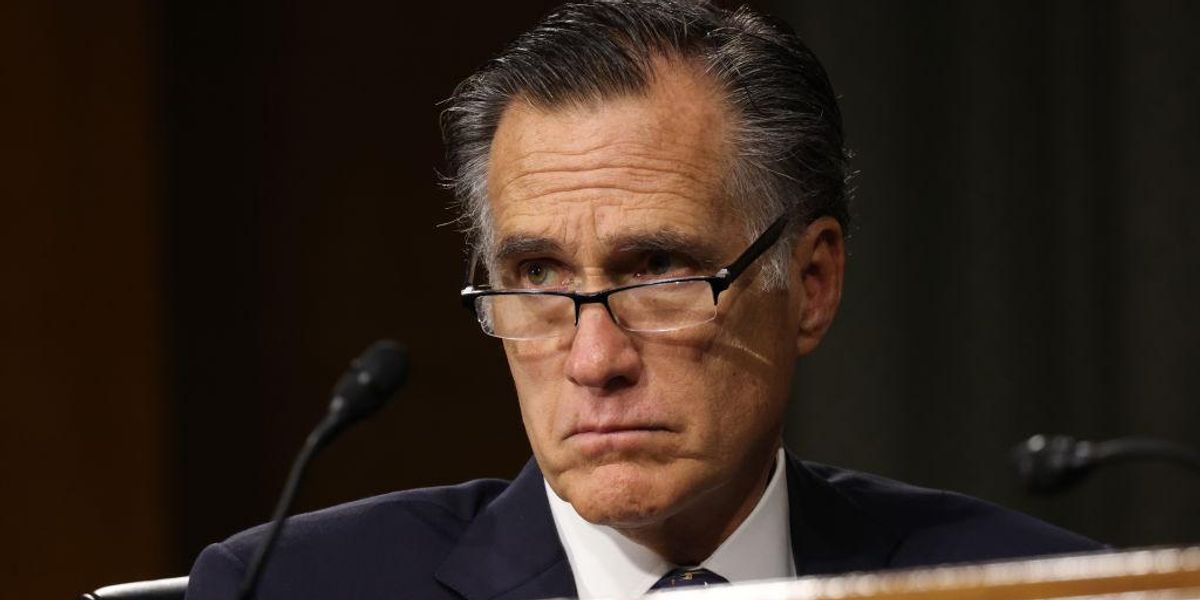 Republican Sen. Mitt Romney of Utah is encouraging people to get vaccinated against COVID-19, saying that being pro-life is not limited to defending the unborn and that he does not want anyone else to pass away from the coronavirus.

“Being pro-life doesn’t just mean advocating and protecting the unborn. I also care deeply for the living and don’t want more people to die from #COVID19. Everyone that is able should get the vaccine,” Romney tweeted, along with a link to the Center for Disease Control and Prevention.

Being pro-life doesn’t just mean advocating and protecting the unborn. I also care deeply for the living and don’t… https://t.co/Hb6f7suJR0

There have been more than 34.6 million COVID-19 cases in the U.S. and more than 611,000 deaths, according to data compiled by Johns Hopkins University.

Among those 12 and older 57.6 percent have been fully vaccinated while 66.8 percent have received at least one dose. While no vaccine is currently authorized in the U.S. for anyone under the age of 12, youth ages 12 and above can get the Pfizer-BioNTech vaccine.

Romney began serving as a U.S. senator in 2019. He was the 2012 GOP presidential nominee but ultimately lost the general election contest to incumbent President Barack Obama. Romney served as the governor of Massachusetts from 2003 to 2007.

“The idea that this is a political issue is beyond me. This is an issue that is keeping people alive,” Romney said, according to Politico. “I am pro-life, and that’s not just for the unborn. It’s for those that are living. And I don’t want people to die.”

Other GOP lawmakers are also calling for people to get vaccinated.

Using funds from his re-election campaign, Senate Minority Leader Mitch McConnell of Kentucky plans to air one minute radio ads on stations in his state to promote the vaccine, according to Reuters. The veteran lawmaker has served in the chamber for more than three decades and was recently elected to another term in 2020.

The Courier Journal reported that it obtained a transcription of the 60-second ad: “If you haven’t been vaccinated, do the right thing for you — for your family — and get vaccinated right now,” McConnell says, according to the outlet.

“The vaccine is safe, effective and free,” a tweet posted on the official Twitter account of U.S. Sen. Jerry Moran of Kansas declares. “I continue to urge Kansans to get vaccinated. Protect yourself, your family and your community from COVID-19.”

The vaccine is safe, effective and free.

I continue to urge Kansans to get vaccinated. Protect yourself, your fam… https://t.co/I9qxA4FmGd