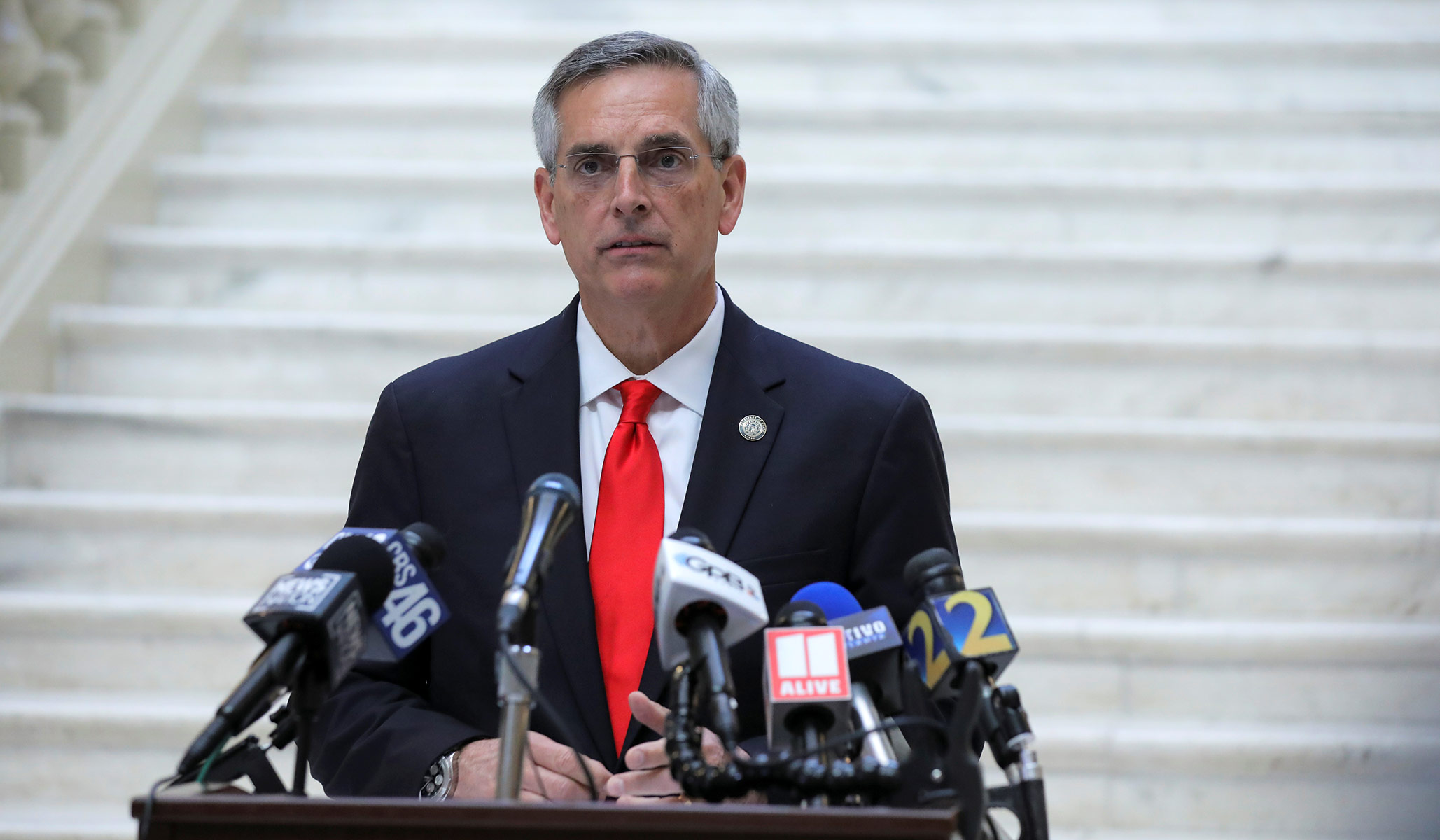 The state of Georgia has filed a motion to dismiss the Department of Justice (DOJ) lawsuit aimed at its new, much-maligned election integrity law, S.B. 202, calling the legal action “a politicized intrusion into the State of Georgia’s constitutional authority to regulate the ‘time, place, and manner’ of its election.”

Georgia secretary of state Brad Raffensperger concurred, saying in a Friday interview with National Review that “the left” had an “agenda” that they were going to push regardless of what the state’s legislature did.

“No matter what was passed, they were going to be against it and the DOJ just, in effect parroted what was already out there with the misinformation, the disinformation,” he asserted. “What you saw is that Stacey Abrams and her allies, two weeks before the bill was even passed bought ‘Jim Crow 2.0,’ and they hadn’t even finalized what the reading of the bill was.”

Both Raffensperger and the motion itself allege that the lawsuit fails to pass muster on a number of fronts. Most crucially, the plaintiffs predict that the law will prevent African Americans and other racial minorities from voting but the law has not been around long enough for any such result to have materialized.

“The Department of Justice has talked about what’s going to happen in the future, but Section 2 [of the Civil Rights Act] never talks about what could happen, it’s based on a results claim. There are no results,” explained Raffensperger.

Section 2 of the Civil Rights Act reads “No voting qualification or prerequisite to voting or standard, practice, or procedure shall be imposed or applied by any State or political subdivision in a manner which results in a denial or abridgment of the right of any citizen of the United States to vote on account of race or color.”

The Supreme Court’s ruling in the Brnovich case — which saw an Arizona election law upheld — bolstered Georgia’s case. Not only did even the dissenting justices in the case reject the idea that a law could be struck down based on “intent” to discriminate, but they also upheld even stricter measures related to out-of-precinct voting than are included in Georgia’s law. Unlike Arizona, the Peach State does allow voters to cast their ballots away from their assigned polling place after 5 p.m. to accommodate special circumstances.

Arizona is not the only state with more restrictive voting laws on the books than Georgia. The motion to dismiss notes that Georgia provides more opportunities to vote than do several states run by the Democrats, including New York, New Jersey, and Delaware, rendering the DOJ’s argument suspect under the “totality of the circumstances” test laid out in Brnovich.

“Any burdens imposed by S.B. 202’s requirements are minimal, at best, when compared to the ‘entire system of voting,” argues the brief.

Raffensperger was frustrated by what he sees as the rank hypocrisy of Attorney General Merrick Garland’s Department of Justice.

“If you look at how we compare with other states for numbers of days for early voting and things like that, you’ll see that Georgia is in the mainstream. And yet, the DOJ has not seen fit to go ahead and prosecute the Democrat states… it’s just selective outrage on the DOJ’s part.”

To justify that outrage, the federal government is leaning on what Georgia’s motion calls “hyperbole and innuendo,” that includes past robocalls made during past election cycles and the fact that Governor Brian Kemp “signed S.B. 202 ‘without any people of color’ around him,” and without any black legislators having voted for it.

“But surely DOJ is not asking this Court to infer discriminatory animus based solely on the color of these legislators’ skin,” pokes Georgia’s brief.

The secretary of state expanded upon this point, saying that “we can’t control what campaigns say — and other outside organizations from either the left or the right — we have to look at the facts of what is actually written in the law.”

“The DOJ is really basing this on media reports, unsubstantiated claims, it’s really just a play for propaganda. And I think at the end of the day, the DOJ know they’re not gonna win in a court of law. I think this was filed because of political pressure from their left side of aisle — the far-left of their party base. They just lost their federal takeover of elections with H.R. 1 and so this is a way to mollify their base.”

He’s similarly confident that Georgia will win out in the court of public opinion as well.

“I think people are looking for people that are thoughtful, that are diligent, that have integrity. I think our office and I have shown that we’ll make those hard calls that we’ll stand on election integrity. Our job is not to pick winners and losers, our job is to make sure that we have fair and honest elections.”

Whitehouse Suggests Blasey Ford Investigation ‘Just as Flawed’ as Larry Nassar Probe
Quinnipiac Poll: Biden’s job approval is underwater and a strong majority disapprove of his handling of foreign policy
Why ‘Free’ Community College Is a Bad Idea
VENOMOUS Joy: GOPers ‘Love Covid So Much’ They Want to Kill You, ‘Drink It’ Like ‘Kool-Aid’
Leading scientists publish review warning that COVID-19 booster shots are “not appropriate” and lack supporting data