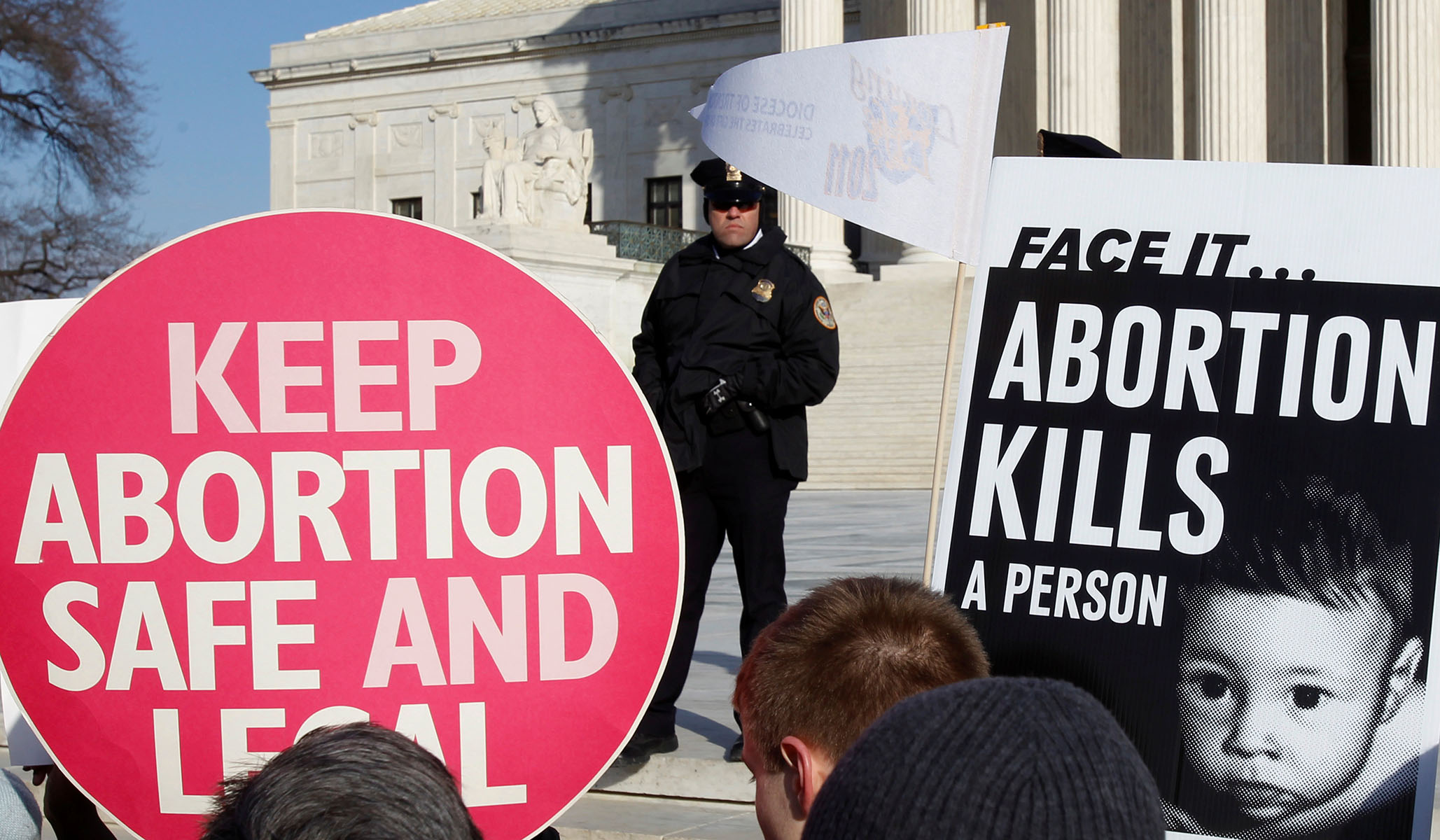 POLITICS & POLICY
Half a century of judicial malpractice on abortion has undermined democracy.

With Dobbs set for argument this fall, Mississippi has taken center stage in a growing nationwide push to protect the unborn. Since Mississippi enacted its law 2018, states have passed a wave of pro-life bills. Indiana has barred second-trimester abortions and strengthened ultrasound requirements. Missouri has outlawed abortion after eight weeks. Texas has adopted a “heartbeat” bill protecting the fetus as early as six weeks. And states are linking arms to defend these laws in court. Just this week, 228 members of Congress joined my amicus brief supporting our state’s reasonable statute.

This uptick in pro-life activity is matched by steady trends in public opinion showing healthy support for life. Since 1995, the share of Americans identifying as “pro-life” has surged from 33 to 47 percent. More tellingly, 65 percent of Americans support banning most abortions in the second trimester — something Supreme Court precedent does not allow — and 80 percent oppose late-term abortions. If the authors of Roe thought public opinion would conform to their ruling, they were spectacularly wrong.

Science has been pivotal in shifting many hearts and minds on abortion. Written in 1973, Roe could not comprehend that expectant parents would one day use sonograms to look at their unborn children’s hands and feet and see themselves in the faces of their offspring. We now know that the fetal heartbeat begins as early as six weeks and that an unborn child can feel pain at 20 weeks, if not earlier. These realities weigh heavily on the hearts of millions of Americans, and they are driving pro-life change in state after state.

Unfortunately, the courts have blocked much of this progress from taking effect. Federal judges have struck down multiple state laws that conflict with existing precedent, bringing the work of democracy to a halt. This is a tragic irony for the world’s beacon of democracy. While our European friends settle the abortion question at the ballot box, Americans remain locked in a straitjacket of precedent that cannot adjust to new scientific information.

This precedent places America completely outside the mainstream by global standards. Only seven countries allow elective abortions after 20 weeks of pregnancy, and they include China, North Korea, and the United States. Our inclusion in such an unseemly group is unsettling. At the same time, the United States finds itself to the far left of European countries that have legislated on abortion through the normal democratic process. Denmark, France, and Norway all prohibit elective abortion after twelve weeks, as do most European countries. Germany and Belgium draw the line at 14 weeks. Mississippi’s 15-week ban would be mainstream in Europe, yet our passage of such a law has prompted a major showdown at the U.S. Supreme Court.

This challenge to Roe is long overdue. After half a century of overreach, it is time for the Court to admit that it has been wrong to overrule the states on abortion. Let’s hope they treat Attorney General Fitch’s brief and our amicus with the seriousness they deserve.