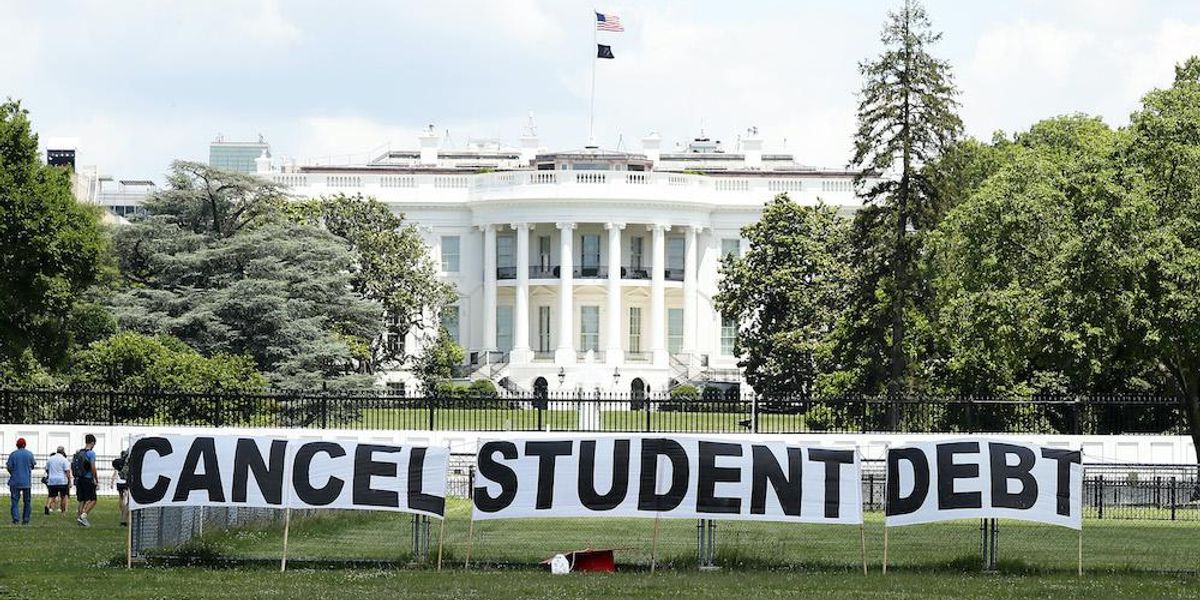 Liberal Democrats continue to insist that President Joe Biden can and must cancel billions of dollars in federal student loan debt.

But they have an uncommon adversary in their push to get around Congress: House Speaker Nancy Pelosi (D-Calif.), who made it clear that the president doesn’t have the power to do it — and probably shouldn’t even if he did.

One of President Biden’s most popular campaign promises among his left-wing base in the months leading up to the 2020 election was that he would cancel the massive level of student loan debt Americans have compiled.

Thus far he has seriously disappointed his constituents who were counting on him to prevent them from paying bills they owed for loans they willingly took out.

In response, several U.S. lawmakers have actually urged Biden to circumvent their own co-equal branch of government and unilaterally cancel tens of thousands of dollars of debt for every American who has federal student loan debt.

In February, a group of far-left lawmakers led by Senate Majority Leader Chuck Schumer (N.Y.) pushed a resolution calling on Biden to forget waiting for Congress and use executive action to erase up to $50,000 in student loan debt for all borrowers.

Schumer has repeatedly claimed that the president can wipe out billions of dollars in debt with “the flick of a pen.”

On Wednesday, Pelosi addressed the online loan-forgiveness debate, telling the public that Biden doesn’t have the power that they believe he has.

“People think that the president of the United States has the power for debt forgiveness,” the House speaker said during a news conference, Politico reported. “He does not. He can postpone, he can delay, but he does not have that power. That has to be an act of Congress.”

But she wasn’t done there.

The San Francisco liberal went on to question the wisdom debt forgiveness, going so far as to make what has been the usual conservative rebuttal to the left’s push for the policy — a move the Washington Post’s Dave Weigel called “a dangerous road for a Democrat to go down.”

“Suppose … your child just decided they, at this time, [do] not want to go to college, but you’re paying taxes to forgive somebody else’s obligations, you may not be happy about that,” Pelosi said.

Pelosi made the argument against student loan forgiveness that the right has been making for years. https://t.co/GCYbD7BJ7q