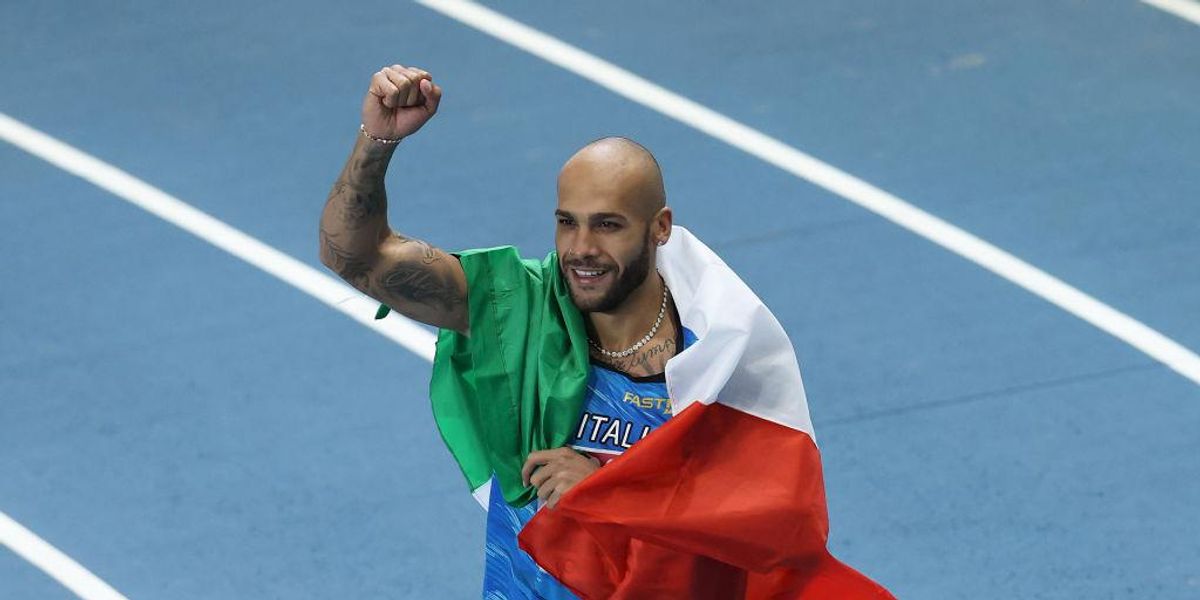 The most infuriating aspect of America’s fall from grace are the causes: neglect, arrogance, and irresponsibility.

In a little less than 10 seconds Sunday morning, Lamont Marcell Jacobs spotlighted the characteristics knocking the United States off its world perch.

Jacobs blitzed the field, winning the 100-meter dash final at the Tokyo Olympics, claiming the title of world’s fastest man for his home country of Italy. Jacobs’ victory in the Summer Games’ premier event extended America’s 100-meter drought to a 17th year, the longest absence for USA in Olympics history.

American Thomas Burke won the inaugural 1896 Olympics 100-meter final. All the way through 1968, Americans won 12 of the 16 gold medals awarded in the men’s 100-meter dash. Our longest previous drought lasted three olympiads — ’72, ’76, and U.S.-boycotted 1980 Games. American Stanley Floyd would’ve been the favorite to win gold in 1980.

Carl Lewis restored order in 1984 and 1988. Maurice Greene and Justin Gatlin held the title until Jamaica unveiled a 6-foot-5 freak of nature, Usain Bolt, the greatest sprinter of all time. No one in America could complain from 2008 to 2016 as Bolt redefined what humans could do in 100 meters. Bolt was different. Bolt was special.

Lamont Marcell Jacobs? Who is he?

Four years ago, he was a long jumper. He didn’t compete in the sprints.

What’s worse is Jacobs was born in El Paso, Texas. His black father was a member of the U.S. Army. His white mother was Italian. A month after Jacobs was born, the Army deployed his dad to South Korea. Jacobs’ mom returned to Italy. Father and son never reconnected until a year ago, when Jacobs made the Olympic team and got tired of being asked about a father he did not know.

“I lived all my life without a dad,” Jacobs told reporters Sunday after winning the gold medal.

America exported the fastest man in the world to Italy. We didn’t protect, value, and nurture our seed, our resource.

The combination of arrogance and irresponsibility is killing America. We arrogantly take for granted the Judeo-Christian values and nuclear family culture that made us the greatest nation in the history of the world. And we’ve irresponsibly allowed the people who don’t respect our values and culture to reshape our society.

I don’t know the details of what transpired between Jacobs’ parents. Maybe the mom fled America and hid her child in Italy. That is a possibility. There are vindictive mothers/parents who use their children as weapons. I don’t want to vilify the dad without knowing the facts.

What we do know is the seed of an American man just slayed the world for another country. It reminds me of how businessmen such as Nike’s Phil Knight or Facebook’s Mark Zuckerberg build great American innovations and then allow them to be used to harm our culture.

We take America for granted. We don’t appreciate the gift of being born here. We shirk our responsibility to protect the American way.

The American seed is freedom. We’re neglecting it. It’s running away from us as fast as Lamont Marcell Jacobs ran away from the American sprinter who finished in second place.

Lil Nas X Thanks ‘Gay Agenda’ for MTV Video Music Awards Win
Gun-Control Laws Aren’t about Preventing Crimes
Members of Congress and Their Aides are Exempt From Biden’s Vax Mandate
Why Are People Still Fooled by Bogus Climate Predictions?
Dems Have a Lot of Chutzpah on the Debt Ceiling