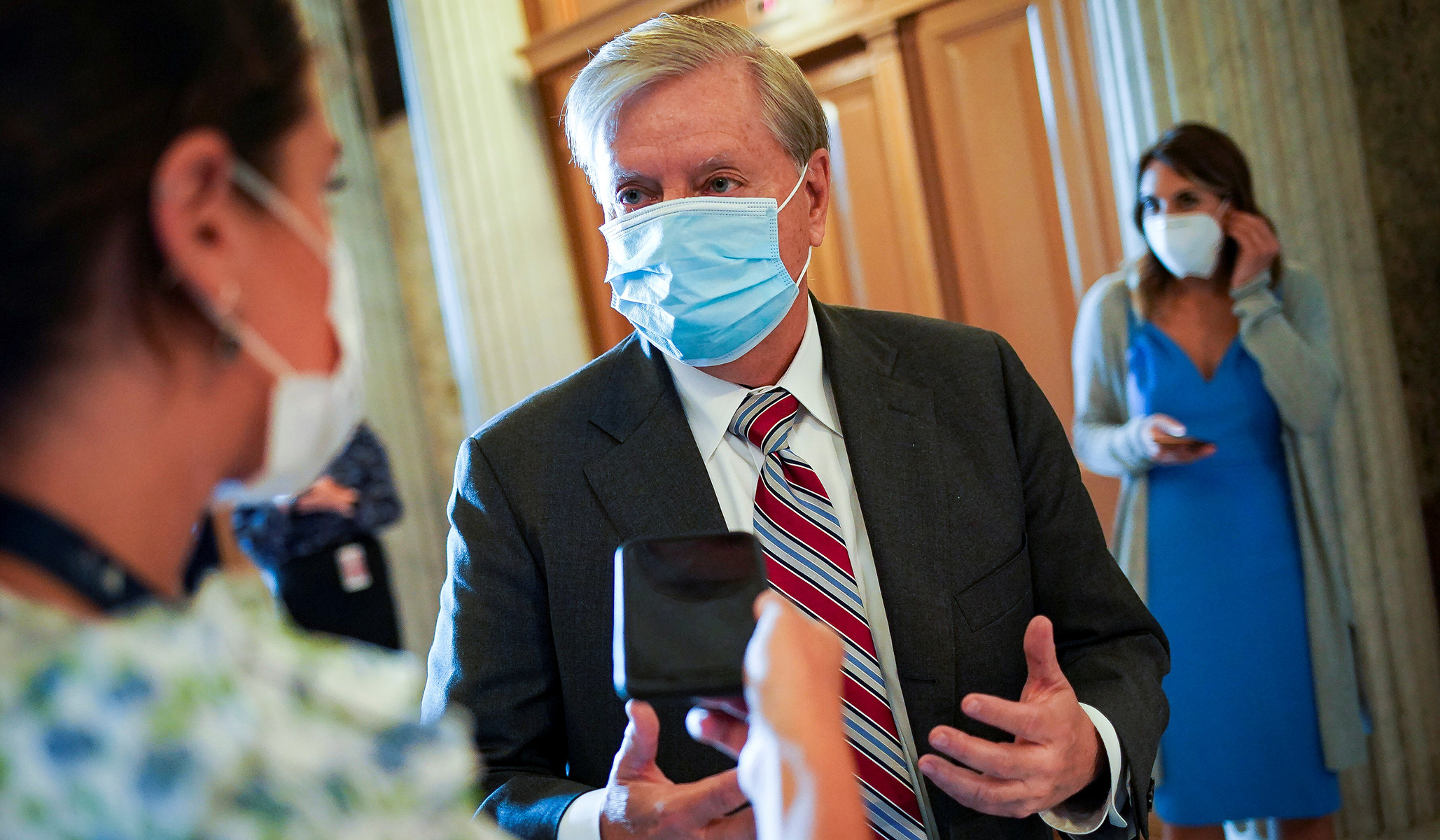 South Carolina GOP senator Lindsey Graham announced today that he’s quarantining for ten days after being diagnosed with a mild case of COVID-19. Graham was one of the 67 senators who voted to open debate on the $550 billion infrastructure bill, and the bill needs to overcome at least one more 60-vote hurdle before final passage.

So could Graham’s diagnosis result in a delayed vote on the bill? Vaccinated individuals exposed to COVID-positive individuals don’t need to quarantine, and it seems unlikely that six more of those 67 senators would develop “breakthrough” COVID infections. Although Graham’s diagnosis probably won’t delay the vote, it is possible the debate could drag out significantly longer than Majority Leader Chuck Schumer wants. Schumer says he hopes to wrap things up by the end of the week, but Minority Leader Mitch McConnell — another one of the 17 Republicans who voted to open debate on the infrastructure bill — says there should be no “artificial timetable” for the bill. McConnell likely has the ability to delay a vote if he wants to do so.

UK hospital data shocks the world: 80% of COVID deaths are among the vaccinated… COVID deaths up 3,000% after vaccine wave
Finally! Celebrities Taking the Fight to Covid with Open Letter
The Spectator buried an offer for free champagne deep within an essay by UK Labour party leader Keir Starmer — more than 11 hours later nobody had responded
Apple Bans Fortnite From App Store
Mayorkas: 12,000 Migrants Released into U.S. from Del Rio Camp, Number Could Rise