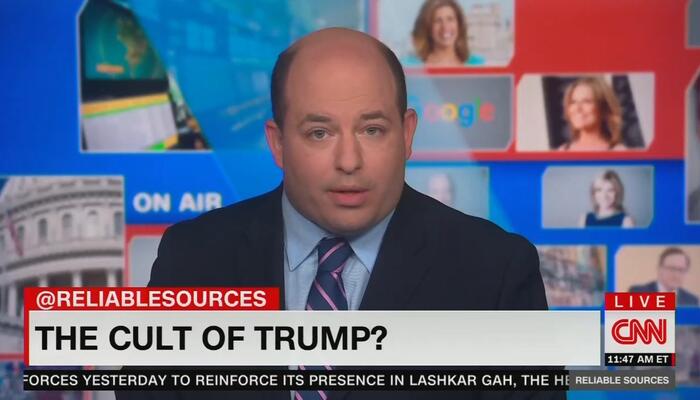 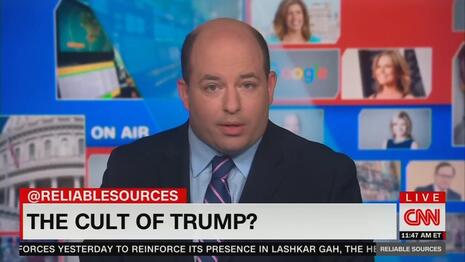 Sunday’s Reliable Sources turned Reliably Kooky when CNN host Brian Stelter discussed the “Cult of Trump” and asked a liberal California Democrat about how much Trump resembled Jim Jones, the cult leader who led 900 followers into a mass suicide in 1978.

Liberal Rep. Jackie Speier said both men were “charismatic” leaders, the only difference being that Trump has “social media” to organize his cult.

That…and Trump never told his supporters to drink cyanide and kill themselves. Why does Stelter go so dramatically overboard into horror-movie monster territory?

Then we turn to the first hearing of the House Select Committee on January 6, stacked by Nancy Pelosi as all Democrats, except for Trump-impeaching Republicans Liz Cheney and Adam Kinzinger. Stelter demanded all the networks carry this live, but in 2014, CNN refused to offer one sorry minute of the House Select Committee on Benghazi. Back then, CNN boss Jeff Zucker said right-wingers could throw a “tantrum,” but they wouldn’t bow to those wishes.

Injecting a Little Lawlessness
LIARS and CROOKS: Dictator Biden and the CDC’s Walensky once promised there would be NO MANDATES
New York Gov. Hochul announces requirement for kids ages 2 and above to wear masks at child care facilities
Biden’s Handlers Say He Went Golfing While Americans Are Stranded Behind Enemy Lines in Afghanistan
Here We Go: Irregularities Reported in Newsom Recall Election