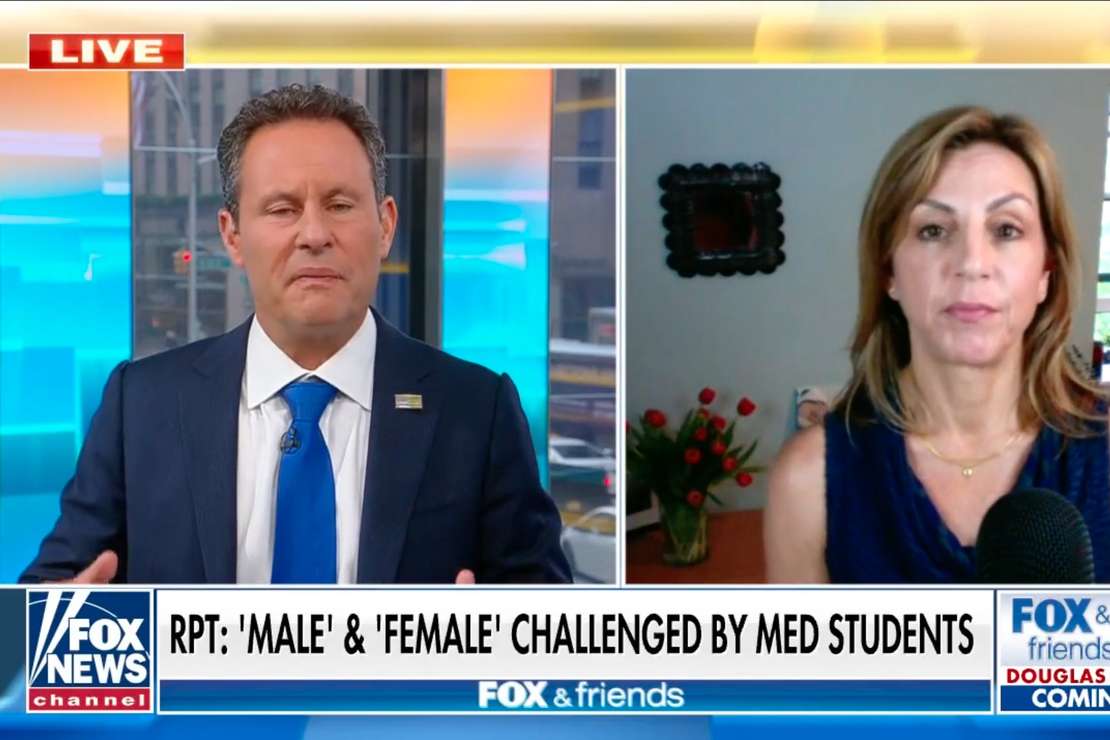 To give you an idea of just how deep this country has traveled into the darkest corners of Wonderland, our cultural priorities are even crazier than the “genderfluid” publicity hounds of TikTok.

If the two items I’m about to show you had been Alice’s only knowledge of Wonderland, she would have run screaming from the looking glass.

The first item is a bit of good news, for once, from one of America’s Ivy League — that is to say, dictatorial and/or nutty — universities.

“We can be caring and sensitive to the needs and identities of everyone, while also sticking to biological reality,” Hooven later told The College Fix.

You can imagine the Left’s response to a Harvard womyn insisting that there’s such a thing as biological reality.

Actually, rather than ask you to imagine, here’s a small example from Hooven’s Harvard colleague, Laura Simone Lewis.

Inclusive language like “pregnant people” demonstrates respect for EVERYONE who has the ability to get pregnant, not just cis women. It is vital to teach med students gender inclusive language, as they will certainly interact with people that identify outside the gender binary.

Biological reality says that only biological women and get pregnant or even “just” menstruate, no matter what progressive science deniers would have you believe.

Do you want treatment from a doctor who doesn’t believe in biological reality?

The good news is that Hooven is standing her ground.

The bad news is that everybody is too busy watching stuff like this on TikTok to notice:

Her gender changes throughout the day, without notice 😂 pic.twitter.com/ooN8r21Js4

Let me repeat something I wrote in yesterday’s Insanity Wrap: Your unhinged mood swings are not genders.

Social media is pure poison, and not because — or at least not just because — lefty behemoths like Facebook and Twitter regularly censor conservatives, even when we’re merely sharing genuine CDC guidance.

The real poison is that social media warps our perspective about our own countrymen by trading in hate clicks and promoting the very worst examples of trendy goodthink. You know, like the TikTok video that I was cruel enough to make you watch.

Hooven is a fine example of the kind of rigorous and thoughtful researcher our best universities still somehow manage to produce. The young genderfluid victim is the shrieking minority-within-a-minority.

But thanks to social media, guess which one more young people aspire to emulate?