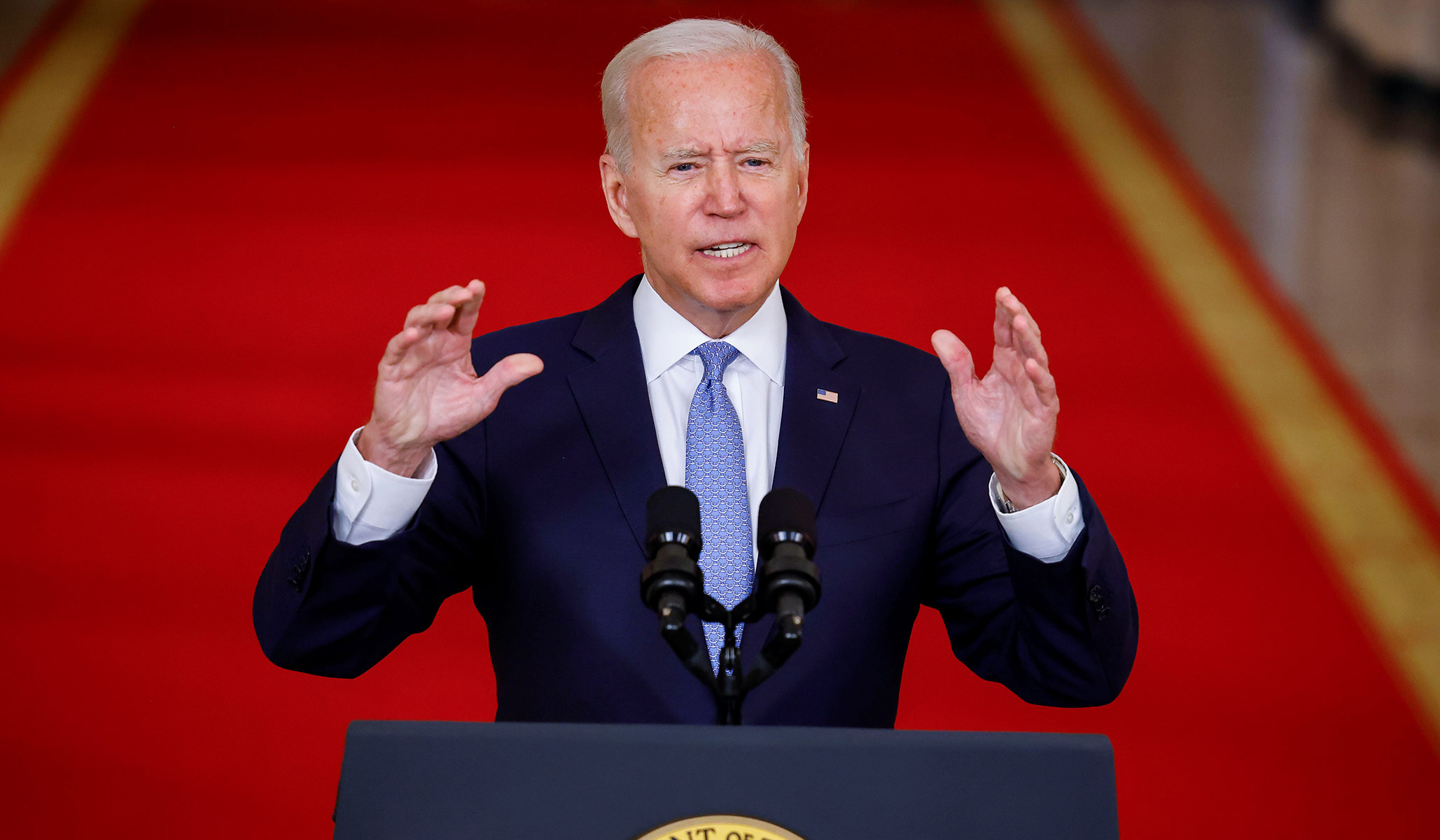 President Biden repeated a strange talking point on Afghanistan during his address today marking the completion of the U.S. military withdrawal. He urged Americans to entertain a hypothetical:

If we’d been attacked on September 11, 2001, from Yemen instead of Afghanistan, would we have ever gone to war in Afghanistan, even though the Taliban controlled Afghanistan in the year 2001?

Well, no. In all likelihood, we’d be in our 20th year of military engagement in Yemen instead. That is, to entertain an added counterfactual, had Yemen also been run at the time by a fanatic group of medieval LARPers unwilling to hand over a very-fledgling AQAP, instead of by President Saleh.

I believe the honest answer is no. That’s because we had no vital interest in Afghanistan other than to prevent an attack on America’s homeland and our friends, and that’s true today.

That’s like arguing against the UBL kill-shot (which, by the way, Biden did) by asking those in the room to ask themselves: “If 9/11 had been engineered by a collective of insurance salesmen from Minsk, would we even be in Abbottabad?”

No. We’d be hunting down anyone with a briefcase in Belarus. The origin of the threat probably wouldn’t, or shouldn’t, change our resolve to eliminate it. Biden is trying to underscore how the U.S. has no inherent interest in Afghanistan or the Taliban, absent the intrusion of history. But intrude it did. There were convincing cases to be made for dramatically reducing, even eliminating, our footprint in Afghanistan. This is not one of them.

USC Law School dean tells students to snitch on classmates who DRINK WATER in violation of covid restrictions
Undergoing COVID treatment has made Allen West’s opposition to vaccine mandates GROW
ABC, NBC Evening News Ignore Report on Possible HUGE Winter Energy Cost Spike for 2 Days
Hundreds of thousands of US troops yet to comply with vaccine mandate as deadlines near
Dean Cain describes the announcement of a bisexual Superman character as ‘bandwagoning’