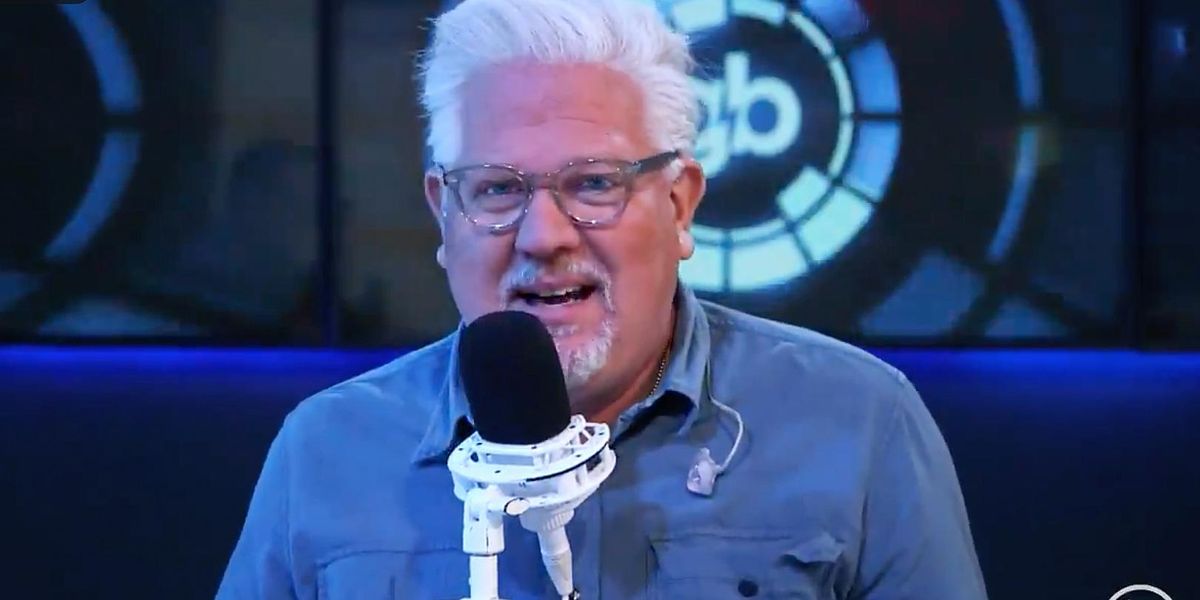 Conservative commentator and radio staple Glenn Beck slammed a nonprofit group for what he says is a “defamatory lie” after they tweeted that Beck’s Nazarene Fund pledged $600,000 to help them fly dogs from war-torn Kabul, but then rescinded the offer.

The group, “Veteran Sheepdogs of America,” tweeted, “@glennbeck group committed $600,000 then decommitted helping get our flight get off. State Department is aware and NOT HAPPY.”

The tweet naturally raised eyebrows, and received more than 1,000 likes in less than 12 hours.

.@glennbeck group committed $600,000 then decommitted helping get our flight get off. State Department is aware and NOT HAPPY. 😭

Beck addressed the reports during his Tuesday radio show, and stated that The Nazarene Fund simply never pledged to help the group — nor would it have because the group did not have even the most basic requirements for a nonprofit organization to assist such as proof of clearance to get in and out of Kabul’s Hamid Karzai International Airport.

“I just found out about this this morning, and when I found out about it, I thought, ‘That smells like bullcrap,'” Beck began the fiery segment. “And so I got a hold of the CEO, and COO, and everybody else involved with The Nazarene Fund because I saw a tweet from ‘VetSheepdogsUS,’ and normally I would immediately just take VetSheepdogsUS at their word, but seeing that it was against me or The Nazarene Fund, I didn’t take them at their word. They’re a 501c3, ‘a veteran organization with a sheepdog mentality to advocate for all veterans.’ The tweet went out this morning, it said, ‘Glenn Beck’s group … committed $600,000 then decommitted helping get our flight off. State Department is aware and not happy.'”

“OK,” he said. “The first tip is that this person doesn’t know what they’re talking about or they’re on the wrong side is that they called the State Department and got somebody on the phone that said, ‘Oh my gosh, that happened to you? That’s horrible!’ OK. Well, really? Because we can’t even get the State Department on the phone usually. So I immediately called and said, all right. Does anybody know, is this true, what happened if it is?”

Beck said that after discussing the issue with The Nazarene Fund’s executives, he was fully convinced that his nonprofit organization never offered any money to Veteran Sheepdogs of America, and especially not $600,000.

“Let me reassure you now: This is not true. Not true,” he insisted. “There was no money ever committed to this group or for this plane. And apparently, they were going to take the dogs that were left behind — which, my heart breaks for the dogs, and I think it’s wrong that they left the dogs behind. But they were going to take the dogs and put them on the plane and then apparently because they did reach out to us — let’s see here, we were contacted by many of our partners asking about this plane that was transporting dogs and charging for additional seats at $6,000 to $10,000 per seat to get out of Kabul airport.”

Beck said that The Nazarene Fund immediately balked when they heard that the plane — which was set for transporting dogs — would be charging people anywhere from $6,000 to $10,000 for seats on the plane.

“We, of course, because we’re good stewards with the money, we of course asked for some detail, we did our due diligence, tried to get some background. … So we got a hold of the person who was selling these tickets and he asked us for $600,000. Well, we don’t ever sell tickets,” he fumed. “We won’t get involved with people who are selling tickets. You can do that, that’s fine; but we’re not charging to get to freedom. I don’t think that is right to do. And luckily, we have the money we don’t have to. So we don’t ever charge anyone that we rescue anything for those seats, ever.”

He explained that the unnamed person representing Veteran Sheepdogs of America told Nazarene Fund executives that they were unable to provide any clearance or proof to get into Kabul.

“[W]e would have been happy to provide a flight, but they couldn’t provide any clearance or proof into Kabul,” Beck said. “Had they been able to provide proof of clearance, we could have gone to the next step, which was ‘We’ve got some other questions.’ My team, I am told, asked this individual, ‘Can you provide clearance paperwork into Kabul, the callsign, tail number and clearance code.’ If you don’t have that, you don’t have a plane! You don’t have a way to get — give me your tail number! And if you have the plane, give me the callsign, the tail number, and then give me the clearance code, because nothing’s flying in. … I’m not gonna give you $600,000 if you can’t land the plane. They didn’t have it.”

Beck said that his group would have had myriad more questions, but the group representative couldn’t even answer the most basic of questions about how the proposed operation would work.

“How are you getting them through to the gates of the airport safely? Because we can’t do that,” Beck said. “And I don’t know anyone who can. You’re coming with dogs and people? How are you doing that? Maybe we can learn something from you. Couldn’t provide that. Where are you taking them? How would you get them through the Taliban checkpoints? What kind of diplomatic paperwork do you have? These are all questions that would have been asked — some of them asked, but really kind of stopped at ‘You don’t have a clearance code? You don’t have a tail number?’ If you can’t give us the clearance proof into Kabul, you don’t really have a plane.”

He concluded, “We would have loved to help them, I’m sure. I’m not making any of these decisions. … As much compassion as I have for dogs, I love dogs, and it killed me yesterday to see those dogs on the tarmac, you know. The Nazarene Fund, we didn’t come to you and ask to save a plane full of dogs. Now, if you could have had dogs in the aisle and people in the rest of the plane, I’m good with that. I’m totally good with that. Love to help them with that. But we never, ever said anything about giving them $600,000. We have had other, multiple non-profits who have been contacted already by this group who also have chosen not to fund this group for similar reasons. I don’t know anything about them other than this tweet is a lie.”

Beck
tweeted the clip and captioned it, “Veteran Sheepdogs of America claimed @thenazarenefund ‘committed $600,000 then decommitted helping get our flight off’ in Afghanistan. I called those who spoke with them at The Nazarene Fund to get to the bottom of this. This is a LIE.”

Blaze Media’s Jessica O’Donnell added, “NO money was ever promised to @VetSheepdogsUS by Glenn Beck or orgs he is associated with. Vet Sheepdogs asked for money. GB org asked for proof of clearance to get in/out of airport in Kabul. Vet Sheepdogs did not/could not provide it. That’s where it ended.”

She later tweeted, “Reminder: @glennbeck spent days in the Middle East last week after raising $28 million dollars to safely evacuate thousands of people from Afghanistan. If you’re looking for someone to be angry at for not doing enough, Glenn should be the last guy on your list.”

NO money was ever promised to @VetSheepdogsUS by Glenn Beck or orgs he is associated with. Vet Sheepdogs asked for… https://t.co/7mteLlJvei