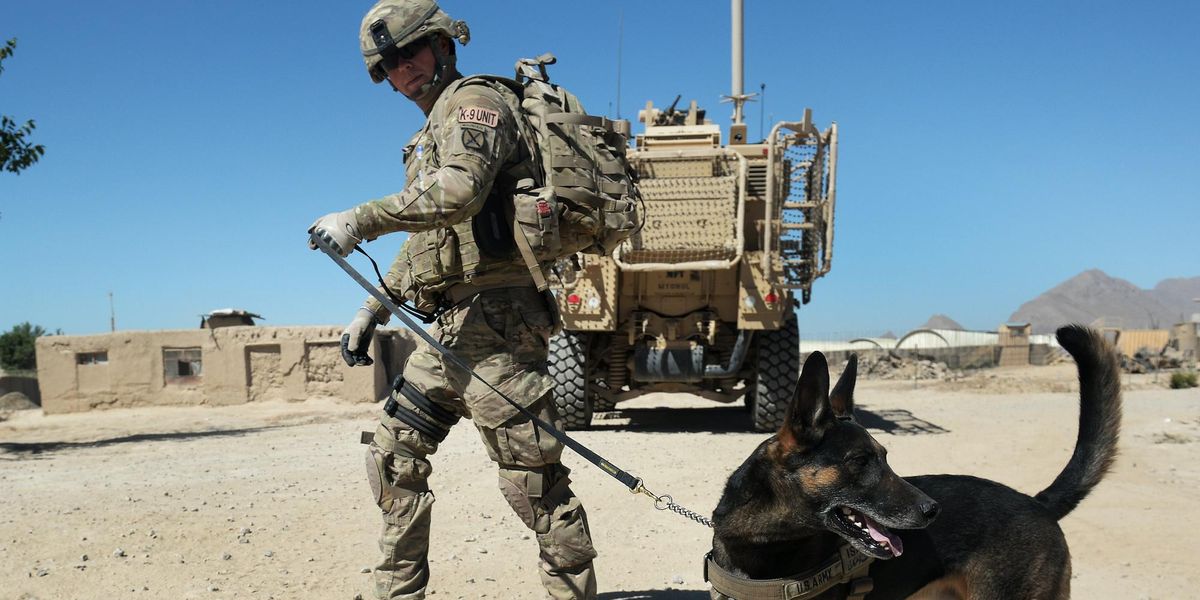 The Pentagon denied viral reports that the U.S. military had abandoned dogs in Afghanistan after the end of the evacuation mission on Monday.

Many on social media were outraged when several groups claimed that military working dogs were left behind in Afghanistan to be tortured and killed. A photograph purporting to show dogs in kennels at the airport was widely circulated.

On Tuesday Pentagon spokesperson John Kirby said that the reports were false.

“To correct erroneous reports, the U.S. Military did not leave any dogs in cages at Hamid Karzai International Airport, including the reported military working dogs,” said Kirby on Twitter. “Photos circulating online were animals under the care of the Kabul Small Animal Rescue, not dogs under our care.”

The Military Working Dog Team Support Association published a statement confirming that no dogs were left behind.

“This photo went viral yesterday and we want to clear up some misinformation surrounding it. We are 100% certain that there are zero US military working dogs abandoned in Kabul. Zero. The US military did not leave a single MWD behind,” the Facebook post read.

“We share your anger, frustration and sadness knowing that any dogs were abandoned, but at this time, we cannot verify what day this photo was taken or who is ultimately responsible for these dogs. What we can verify is that these are NOT US military working dogs being abandoned in Kabul,” the group continued.

One of the groups claiming the dogs had been abandoned went on to accuse conservative talk radio host and TheBlaze founder Glenn Beck of pledging money to save the dogs and then reneging on the deal. Beck denied the accusation forcefully on his radio show Tuesday.

“Let me reassure you now: This is not true. Not true,” said Beck. “There was no money ever committed to this group or for this plane.”

Here’s more about the military dogs in Afghanistan: