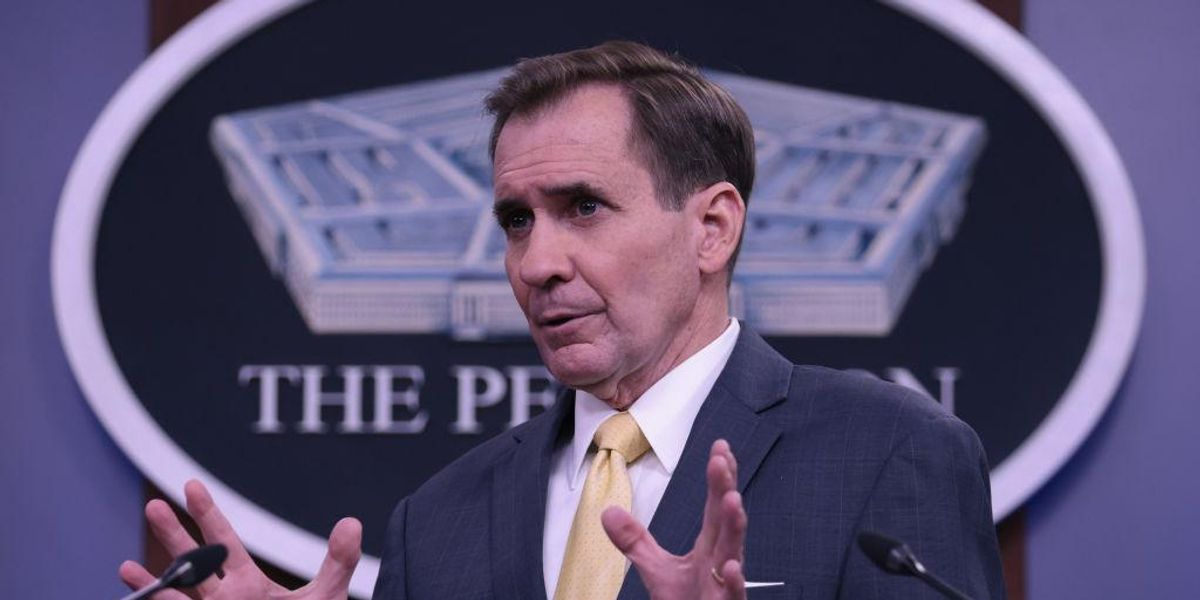 Pentagon press secretary John Kirby continued to put his foot in his mouth Tuesday while trying to convince the public that the Biden administration has things under control in Afghanistan.

While speaking with MSNBC’s Willie Geist on “Morning Joe,” Kirby trotted out a strange talking point regarding the American citizens currently stranded in Taliban-controlled Afghanistan as evacuation efforts have ended.

The beleaguered spokesman appeared to downplay the situation by essentially arguing that this sort of thing happens “all the time.”

“So what does that look like, how does diplomacy get those people out of the Taliban-controlled Afghanistan?” asked Geist.

“It’s not completely unlike the way we do it elsewhere around the world,” Kirby replied. “I mean, we have Americans that get stranded in countries all the time.”

Biden’s Pentagon Spokesman John Kirby: “We have Americans that get #stranded in countries all the time.” https://t.co/VXH5vxAwlI

“Imagine being an American stranded in Afghanistan and hearing the spokesman for the department who is responsible for getting you out saying this,” tweeted Amy Tarkanian. “Absolutely unbelievable.”

“This is the message we are left with from the Biden administration as hundreds of our citizens may never make it home,” added Republican Rep. Andy Biggs (Ariz.)

“Not so much ‘stranded’ as abandoned,” clarified Andrew Malcolm.

Hot Air’s Ed Morrissey noted that Kirby’s language makes it seem as if the Americans still left in Afghanistan got themselves stranded there under their own volition, an argument he points out is completely invalid.

“These Americans didn’t get themselves stranded. They were abandoned by their own government in Biden’s haste to get out of Afghanistan,” he argued.

In addition to being extremely insensitive, Kirby’s remarks also contradicted the administration’s previous argument regarding the left-behind Americans

During a press briefing last week, White House press secretary Jen Psaki insisted that Americans are not “stranded” and that it is “irresponsible” to refer to them as such.

“I think it’s irresponsible to say Americans are stranded. They are not. We are committed to bringing Americans who want to come home, home,” Psaki said. “We are in touch with them via phone, via text, via e-mail, via any way that we can possibly reach Americans to get them home if they want to return home.”

TODAY: Biden’s Pentagon Spokesman: “We have Americans that get stranded in countries all the time”

Kirby on Tuesday added that he didn’t have an “exact figure” for the number of Americans left in Afghanistan, but said he estimates the figure is “probably in the low hundreds.”