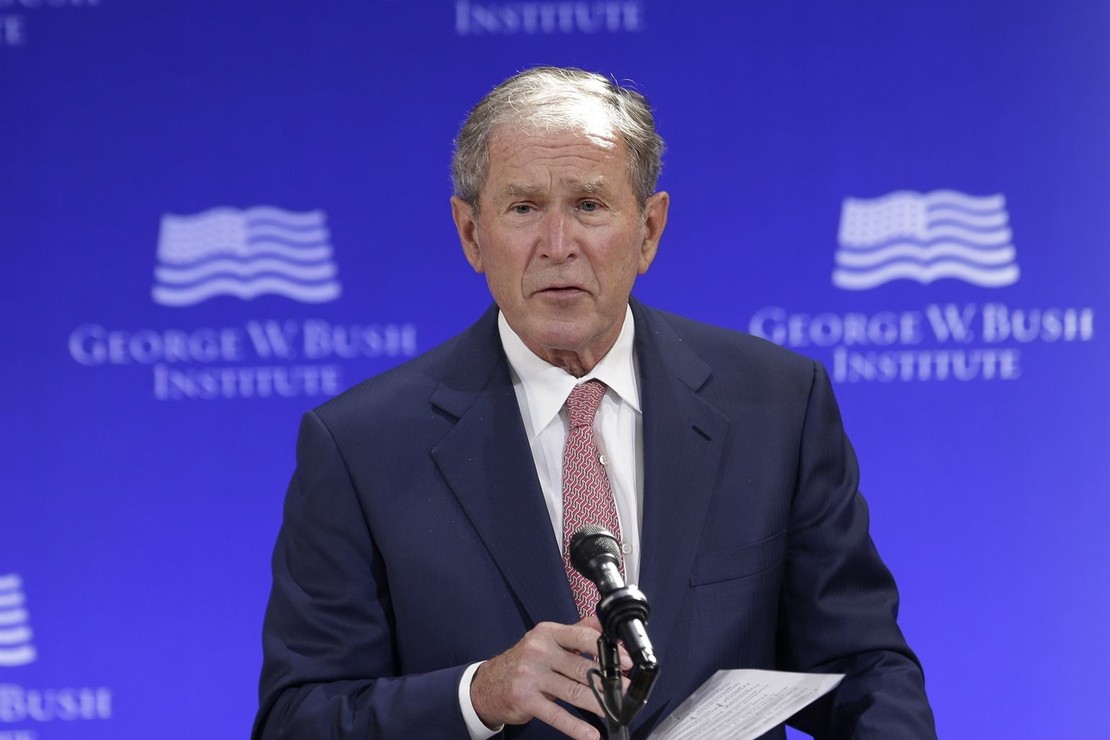 I probably wouldn’t be here if it weren’t for George W. Bush.

It was roughly eighteen years ago that I started a blog to support his reelection in 2004: Blogs For Bush. Blogging was pretty awesome in those days. There were no podcasts or social media sites. YouTube hadn’t been invented yet. Before that, I had a personal blog, which never amounted to much, but Blogs For Bush quickly took off. At the time, blogging was believed to be the domain of the left, as maverick Democrat candidate Howard Dean had managed to gain a large following amongst the liberal “blogosphere.” Blogs For Bush aimed to prove that blogging wasn’t just for the left. There were plenty of conservative blogs out there—and even for more successful ones than mine (you may have heard of the blogs called Instapundit and PJ Media), but Blogs For Bush was unique in that it became a sort of community of bloggers who specifically supported George W. Bush’s reelection.

I wasn’t even politically active until after I graduated college in 2002. My enthusiastic support for George W. Bush was most certainly linked to his leadership in the wake of 9/11. In addition to launching Blogs For Bush to support his reelection, I donated money to his campaign—and not just twenty bucks either. Blogs for Bush’s popularity helped the site acquire some highly talented writers, including Ed Morrissey (who’s now at HotAir) and Karol Markowicz (who is now a columnist at the New York Post), and several others who helped make Blogs For Bush one of the most highly visited political blogs during the 2004 presidential campaign.

I was so passionate about the election that the blog practically took over my life. I cared more about the blog than my job in architecture. Unfortunately, it struggled to sustain relevance when the election was over and attempts to rebrand it ultimately didn’t work. But it didn’t matter so much, as by the time the next election came, I was so burnt out I basically stopped blogging altogether. But that experience ultimately brought me back to the world of political commentary back in 2018, when I joined PJ Media after leaving the architecture job. Once again, I found something I was passionate about. And it’s been great. Without a doubt, my experience with Blogs For Bush made my becoming a contributor at PJ Media possible.

I wish I could say that George W. Bush hasn’t been such a disappointment these past few years. I respected his decision not to criticize Obama publicly but couldn’t wrap my head around his public digs at Donald Trump. In 2016, I did not doubt that George W. Bush was more conservative than Donald Trump; yet the latter proved to be a more effective conservative president. For some reason, if George W. Bush made any public comment about Trump, it seemed like it was to make a subtle criticism. Sure, Trump had wiped the floor with his brother Jeb in the primaries, but that was no reason to give fodder to the left to use against a Republican president cleaning up the mess left by Barack Obama.

Bush disappointed me again recently when he failed to criticize Biden for his botched withdrawal of Afghanistan. He had every reason to. He should have been furious. How could he have been so critical of Trump but not bring himself to admit publicly that Biden has squandered twenty years of blood and treasure in Afghanistan, making us less safe?

But nothing was more disappointing than Bush’s remarks on Saturday, the 20th anniversary of the 9/11 attacks, when he made a veiled comparison between the 9/11 attacks and the January 6 Capitol riot.

It’s distressing seeing George W. Bush sound more like a Democrat than a Republican. It’s sad to see someone I put so much time and effort into supporting devolve like that. George W. Bush knows what it’s like to be hated with the passion by the left, yet, in his post-presidential life, he seems more determined than ever to curry their favor, while conservatives are left wondering, “How did I ever support this guy?”

Even I am starting to forget.