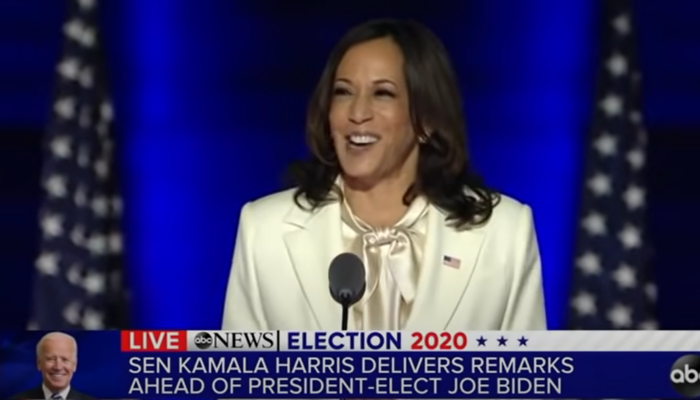 On June 20 Harris publicly supported the Minnesota Freedom Fund, a nonprofit which earned national recognition for paying the bail for many arrested during the George Floyd protests. The MFF hoped to battle the legal structure’s “systemic racism” with the effort. 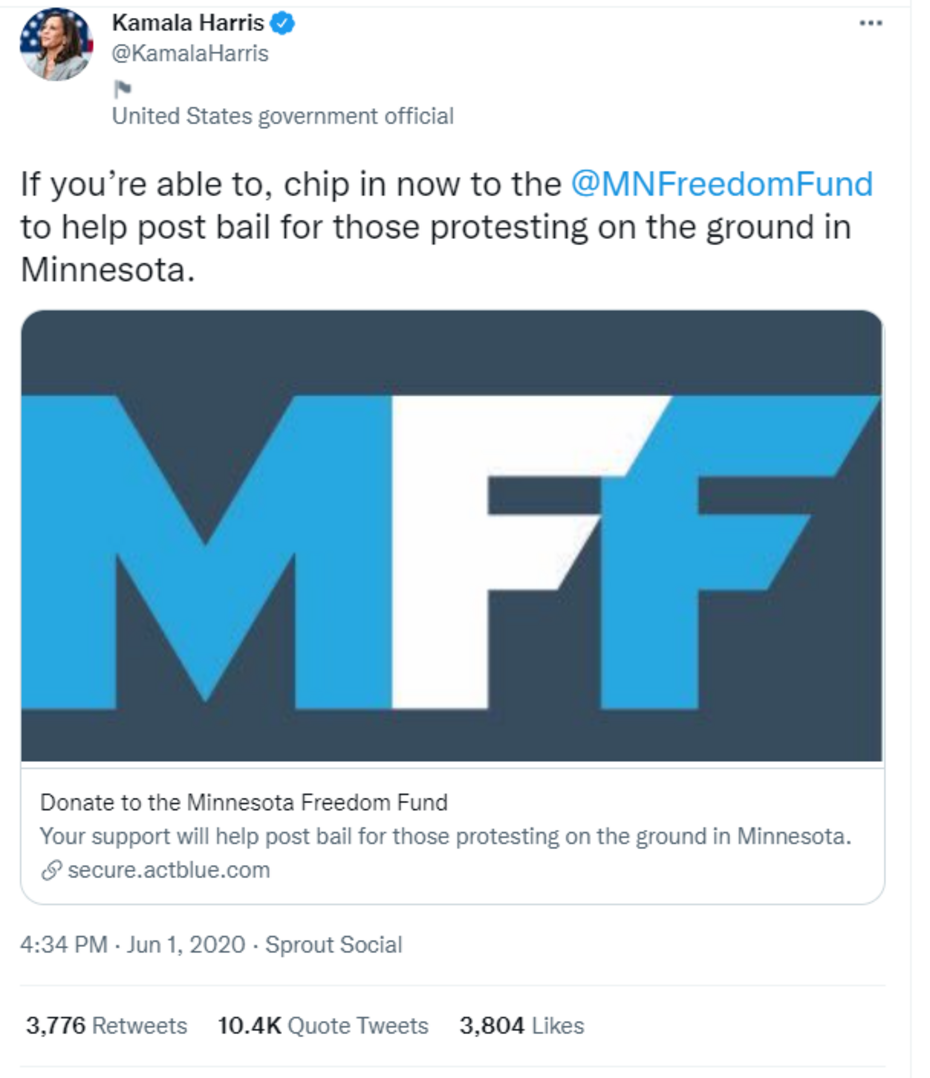 The previously obscure MFF suddenly had millions in its coffers ($35 million, to be exact) due to high-profile support from people like Harris.

In fact, the Fund recently bailed out George Howard, who the Examiner called a “career criminal,” on a domestic violence charge. Three weeks later, Minneapolis police arrested Howard after he reportedly shot and killed a 38-year-old man “following a road rage incident.”

It’s not the first time the Fund’s actions allowed a violent criminal to go free, though.

Last August the Fund bailed out defendants who were “charged with murder, violent felonies, and sex crimes,” according to a Fox affiliate.

Among those bailed out by the Minnesota Freedom Fund (MFF) is a suspect who shot at police, a woman accused of killing a friend, and a twice convicted sex offender, according to court records reviewed by the FOX 9 Investigators….

“I often don’t even look at a charge when I bail someone out,” [Greg Lewin, the interim executive director of the fund] said. “I will see it after I pay the bill because it is not the point. The point is the system we are fighting.”

A bevy of well-known stars also pledged their support, and cash, to the MFF last year. The following stars used their celebrity cache, and their wealth, to boost the nonprofit:

The fund’s activities generated some obvious questions at the time, the kind reporters ignored or didn’t care to ask.

It’s likely the people arrested during the Floyd protests were hauled off for violent behavior. Most cops don’t arrest protesters for holding placards or shouting slogans. It’s possible some peaceful protesters got swept up by local law enforcement, but chances are they were in the minority.

What if the bail fund recipients shattered windows and damaged store fronts? Or worse?

Hollywood in Toto reached out to those celebrities last year, asking if they were concerned they might be helping violent offenders go free. The site also asked if they would be donating to the businesses, many of which were minority owned, destroyed during the Floyd protests.

No one responded at the time.

The Examiner suggests these stars were misled about the MFF’s true intentions. The group may have gotten a massive boost from its connection to the Floyd protests, but that tragedy isn’t what drives the organization.

Just a fraction of the bail money, however, was used to release protesters and rioters. In the months following Floyd’s death, the Minnesota Freedom Fund spent nearly $3.5 million bailing people out of jail—just $210,000 went to those who participated in the unrest, Fox News reported in 2020. The group helped release heinous criminals, such as Timothy Wayne Columbus, a 36-year-old man who allegedly penetrated an eight-year-old girl.

The MFF recently revealed it may change the way it conducts business following the Howard incident.

“Under new leadership, MFF has implemented changes to its policies and procedures, and we will continue to assess them to ensure that we are being responsive to the safety and needs of our community,” the organization wrote. “MFF is closely monitoring developments in the case and will share more information as additional facts become known.”

Just don’t expect Variety or The Hollywood Reporter to connect the celebrity dots, let alone ask Rogen and co. if they regret their actions.

There’s Nothing Scientific About the FDA Approval of Covid Vaccine Mixing
Washington governor announces vaccine, testing mandate for large events, including outdoor events with more than 10,000 attendees
Quinnipiac Survey: 52 Percent of Americans Say the Country Is Worse Off Than a Year Ago
Seattle Police Fired Over the Vaccine Mandate Are Out Feeding the Homeless and Poor (VIDEO)
The Five Worst Types of Pandemic Maskers