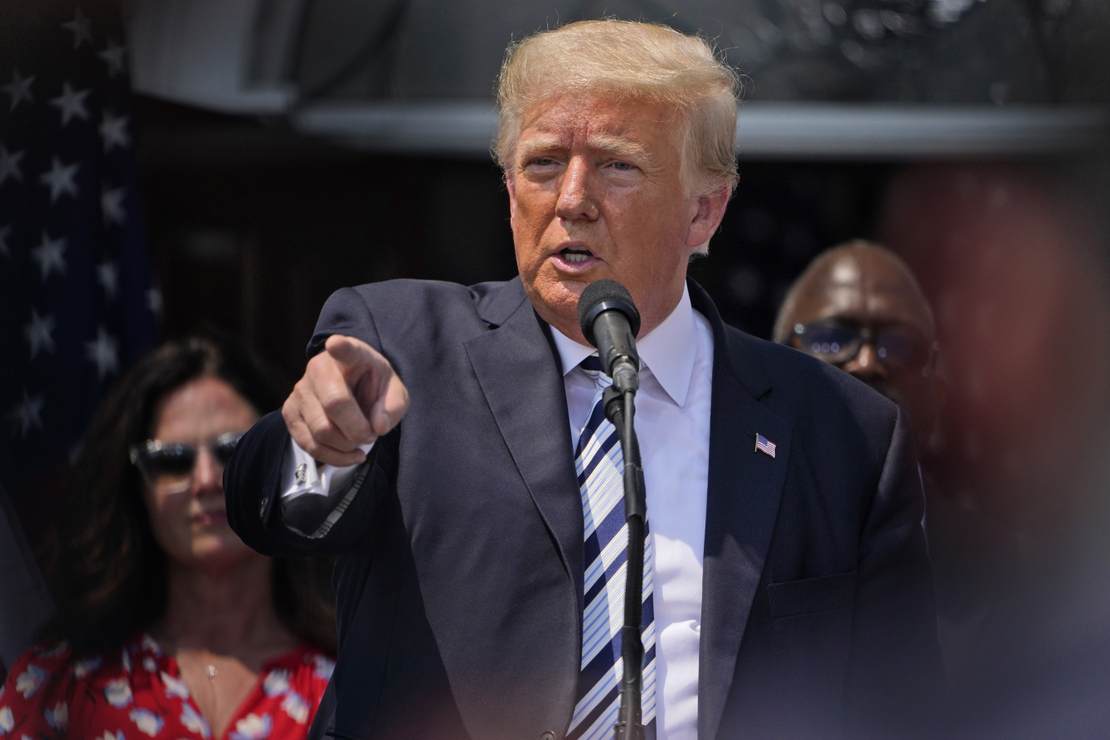 Greg Gutfeld was not always a Donald Trump supporter, but he has become one of the former president’s vocal defenders. Gutfeld took some heat for it, but he now runs the most-watched late -night show amid a sea of left-wing lunacy.

The Fox News host recently scored a sit-down interview with Trump. He aired portions Wednesday, Thursday, and Friday nights on his eponymous program. Dubbed “The Meeting of the Minds,” the duo discussed an array of topics from Trump’s New Jersey golf club.

Amid the furor around President Joe Biden’s draconian vaccine mandates, Trump promoted vaccines and their efficacy.

“I think we saved millions and millions of people worldwide,” he claimed. “In 1917 they say approximately a hundred million people died. I think we could have been into that situation because it was very bad. And now if you’re vaccinated, the other thing that shows that if you do get sick, you don’t get sick like they were before, meaning you don’t die.”

On his “two forms” of presidency, Trump explained, “I had to run the country, work on the world and do things, and the other thing I had to survive. And I would say the survival was actually much tougher. (People ask) ‘Who was the toughest to deal with it? Was it China? Could it be Putin in Russia? What about North Korea? Kim Jong-un?’ I said, ‘Well, the toughest actually was the United States.’ Dealing with these maniacs that we have over here with Pelosi and Schumer and all of them. That was probably the toughest. Far tougher than a lot of world leaders.”

“I rebuilt the military…and you know who has it now? The Taliban,” he bemoaned. “It wasn’t supposed to happen. Now we see these beautiful, perfect brand new rifles, and these guys are carrying two. And they’re wearing our uniforms and they’re flying our helicopters, and it’s a disgrace.”

The former president believes many of the country’s problems are due to “gross incompetence” from the Biden administration.

“The only thing good for them about Afghanistan is it makes what they’re doing at the border look good,” Trump said. “Because that was the dumbest thing I’ve ever seen. It’s a disaster. It was the safest border we ever had.”

Asked if he missed social media, Trump unsurprisingly promoted himself: “A lot of people think Twitter was bad for me. I disagree, I think it was good for me. Twitter has become a very boring place. I don’t want to be bragging or anything but people tell me it’s become very boring. When I went on to Twitter about twelve years ago, it was a failed operation. It became successful and a lot of people said I had a lot to do with it.”

On pernicious woke culture, Trump targeted far-left soccer player Megan Rapinoe, who has a history of denigrating America. Calling her “the woman with the purple hair,” he said “woke means you’re a loser; everybody ultimately loses with woke.”

The convivial discussion concluded with the 45th president complimenting Gutfeld on his recent success.

“You’ve done the country such a service by gobbling up those ratings. I congratulate you,” Trump added.