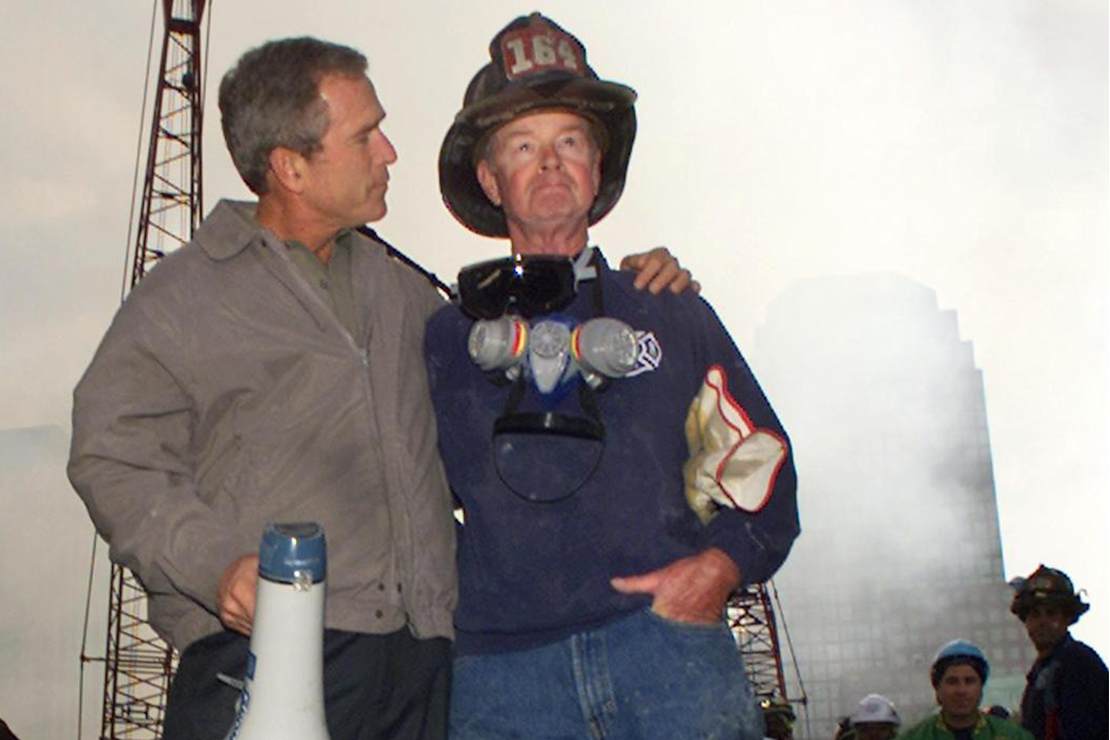 September 11, 2001, was a horrible day for our nation, but from under the dust and rubble of the Twin Towers and the Pentagon, and Shanksville, Pennsylvania, came a wave of patriotism and unity that is almost hard to believe today. American flags were everywhere and post-2000 partisanship seemed to just fade away. We were one nation, united and strong.

And it lasted for a little while. Over time, that unity devolved to the status quo. But that period was a good one for our country—even if the reason it happened was so terrible. As much as we lament the disappearance of that unity, it’s still comforting to know that such unity was possible. And those of us who were old enough to remember and appreciate it will always look back on that as something good that came out of the terror attacks.

But that unity has now gone from something that was so real and powerful to a mere talking point. And 9/11 has become the day of the year where everyone preaches unity after having spent the previous 364 days being bitter and divisive.

“20 years ago we were able to come together when the enemies of our democracy attacked us,” tweeted former Star Strek actor George Takei on the 9/11 anniversary. “I long for the day when we can be the *United* States once again.”

20 years ago we were able to come together when the enemies of our democracy attacked us. I long for the day when we can be the *United* States once again.

I was floored by the statement because he’s someone who literally spends his days trolling on Twitter, attacking Trump and Republicans. And, as it turned out, despite his nostalgia for the unity our country experienced after 9/11, his other tweets on the anniversary have been anything but unifying. On the same day he longed for the unity of twenty years ago, he shared a video montage attacking Donald Trump and an article about Melania Trump reportedly not wanting to be first lady with the comment, “Yeah, fine by us,” and several other highly political attacks on Republicans.

And I’m sure he never even realized the blatant hypocrisy.

Takei is hardly alone. In his video address commemorating the anniversary of 9/11, Joe Biden referenced unity many times—calling it the central lesson of September 11th. “Unity is what makes us who we are, America at its best. To me, that’s the central lesson of September 11th, is that at our most vulnerable, in the push and pull of all that makes us human, and the battle for the soul of America, unity is our greatest strength. Unity doesn’t mean we have to believe the same thing. We must have a fundamental respect and faith in each other, and in this nation.”

Last year, Joe Biden called Trump supporters outside of one of his rallies “chumps,“ compared Trump to Goebbels, and even said African Americans who couldn’t decide whom to support in 2020 aren’t really black, as if to suggest that Trump and his supporter are racist. Of course, he ran his campaign pledging to bring unity back to government and promising to work with Republicans, but that obviously never panned out. Rather than seeking compromise, he’s embraced the most radical positions on virtually everything. Joe Biden doesn’t care about unity.

It was bad enough when we lost the unity we had after the 9/11 attacks, but now the memory of that unity is being exploited. Once a year the usual suspects wax nostalgic about how unified our country was after the 9/11 attacks because it makes them look good, but can’t practice what they preach.

Those were difficult days after 9/11, and we needed that unity to get through it, but using the anniversary of 9/11 to praise that unity without making any effort to make it (or something close to it) a reality again, just makes such declarations a cheap gimmick, an empty talking point with no meaning. So, why bother? Why pretend that unity is something you want when it really isn’t? So, let’s look back on the unity we experienced after 9/11 fondly, stop cheapening it with empty words, and hope that it doesn’t take another terror attack like it for it to happen again.