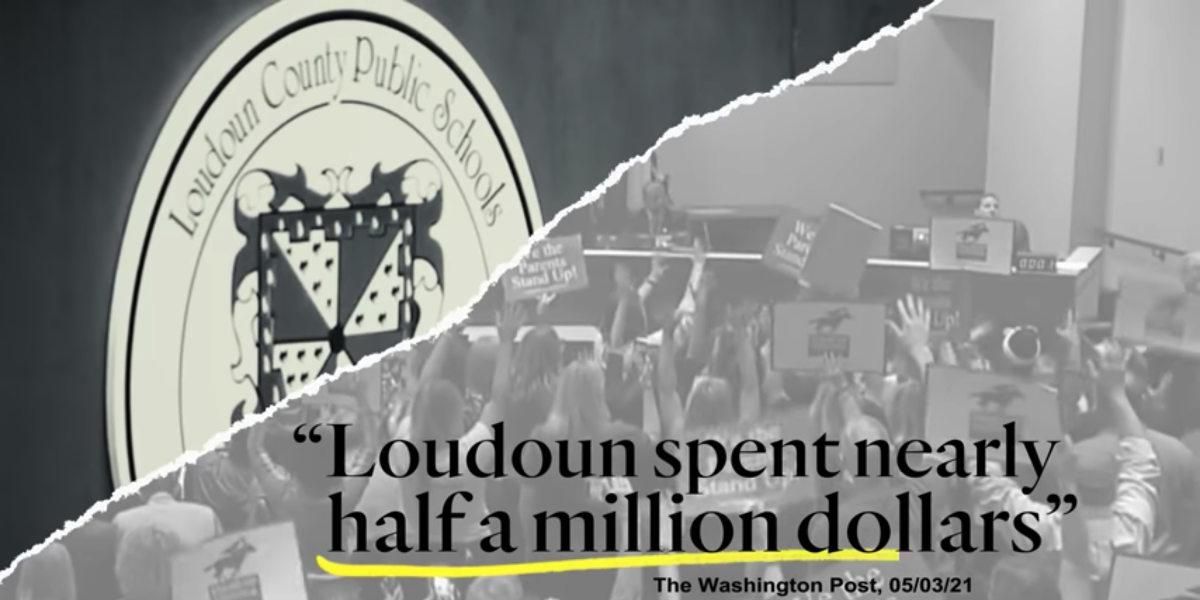 A nonpartisan organization that wants to “take politics out of the classroom” has launched a half-million-dollar ad campaign blasting the school board in Loudoun County, Virginia.

The new ad, which aired Sunday during the Washington Football Team’s season opener, attacked Loudoun County schools for spending $500,000 to develop a curriculum that teaches concepts from critical race theory. The ad was paid for by the Free to Learn Coalition, a nonprofit group that opposes teaching CRT in elementary and secondary schools.

The ad is part of a multimillion-dollar campaign launched in June.

Loudoun County schools have generated controversy in the past year as parents have objected to pornographic material being read in the classroom and tenets of critical race theory being prioritized by the district, which was slow to reopen for in-person learning last spring.

The ad takes aim at school officials who silenced public comments from parents at a raucous meeting in June where the schools’ transgender policies were the subject of heated debate.

“Loudoun County, Virginia, spent nearly half a million to develop a divisive curriculum promoted by political activists,” a female narrator says in the ad.

“When parents spoke up, officials threatened to silence them,” the narrator states, referring to a tweet from the Minority Student Achievement Advisory Committee within Loudoun County Public Schools.

The ad calls out the school board for putting a teacher on leave for citing his Christian beliefs while stating his opposition to the district’s proposed transgender policy. It also features footage of Laura Morris, a former fifth-grade teacher who resigned in protest over critical race theory, transgender locker room policies, and school masking and vaccine mandates.

“Whether it be targeted efforts to silence dissenting parents or the push to turn teachers into informants, the Loudoun County Public School system has prioritized political activism above all else. Our organization will continue to shine a light on these harmful practices until Loudoun County leadership ceases its divisive, activist-driven efforts,” said Free to Learn President Alleigh Marré in a statement.

In addition to airing during the Washington game, the ad will air on television in the D.C.-Maryland-Virginia area ahead of the Loudoun County school board meeting on Tuesday.

During Tuesday’s meeting, the school board is expected to discuss the new vaccination requirement for student athletes, which was announced on Aug. 31.

Scott Ziegler, superintendent of Loudoun County Public Schools, said in a press release that student-athletes were a “particularly vulnerable group” because they compete against students from other school districts.

“The majority of past COVID-related disruptions to instruction for our high school students have come as a result of exposure during athletic activities,” he said.