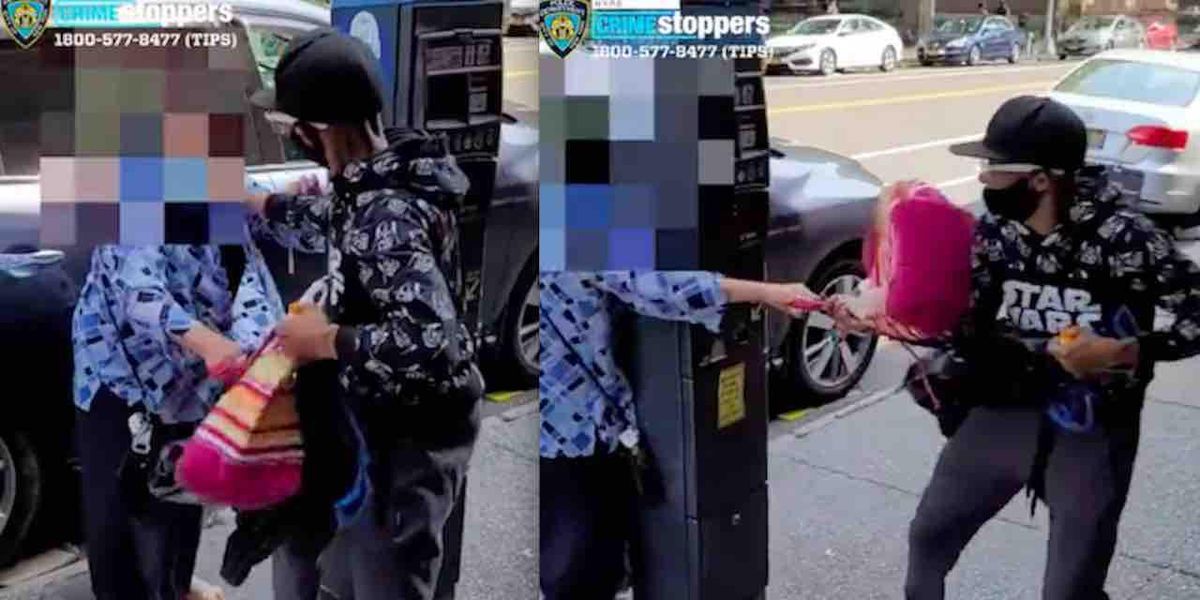 New York City police are looking for a man they said punched a 77-year-old woman in the face, after which he ripped away the woman’s purse — along with her Bible.

Police said the man is wanted for robbery after approaching the elderly woman in Queens around noon Sunday, punching her in the face, and then yanking away her purse and Bible.

Police provided video of the incident that shows the assailant fighting the woman for her belongings and violently pulling on the woman’s purse until she no longer can hold on.

Here is a closer look at the suspect. Again, if you have any info, DM @NYPDTips, or anonymously call them at 800-57… https://t.co/nhD5wc1aYj

What happened to the victim and her attacker?

The woman suffered cuts to her hands and was evaluated on scene by EMS, but police told the New York Post she refused additional medical attention.

The suspect ran off after he took the victim’s belongings, police told the paper, adding that he was still on the loose as of late Monday.

The Post said the clip came from surveillance video, but a number of observers questioned that conclusion — and wondered why no one helped the victim, among other things: