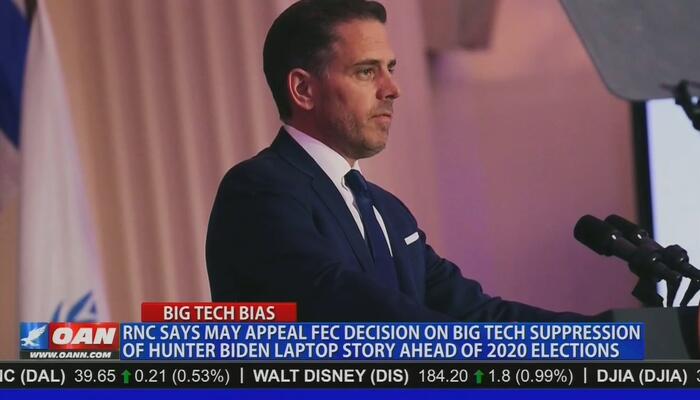 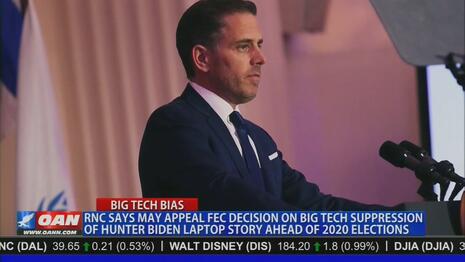 This week, conservatives have been strongly pushing back on Twitter against the Federal Election Commission after it ruled that the social media platform did nothing wrong and didn’t violate federal election law when it censored the New York Post’s bombshell story last fall on the contents of Hunter Biden’s laptop and detailed a series of stinging allegations against both Hunter and his father during the height of the latter’s presidential campaign.

According to the ruling, the FEC said the platform “credibly explained” why it blocked the bombshell story and defended the move as a business practice, but again, some on Twitter aren’t buying it.

Sean Davis, a co-founder of The Federalist, responded to a tweet from Sean Cooksey, FEC Commissioner, saying that “[m]edia entities can control the content they publish and make editorial decisions without making a political contribution or expenditure.”

Cooksey had argued Twitter was not responsible for the censorship because it operates as a “media publisher.”

“This same principle allows a newspaper to choose to let one candidate write an op-ed but not another, or a radio show to invite one candidate for an interview but not her opponent,” Cooksey added. “That’s part of press freedom and is not a campaign contribution.”

Davis pushed back. “This logic will lead to every Super PAC reincorporating as a ‘media entity.’” he said. “No oversight, no disclosure, no prohibition on rank propaganda in service of one party. Why bother with FEC nonsense when you can just claim to be a new CNN?”

“Is Tweeter [sic] a media company?” he asked. “Wouldnt they argue they are not for section 230 immunity? If they are a media company then blocking a NY Post story is the least of their problems…the child pornography would be top of the list.”

Meanwhile, the Republican National Committee has said that it may appeal the FEC decision, calling Twitter’s behavior “illegal” and the ruling “disappointing.”

When the decision first came down, The New York Times tweeted and wrote that the decision concerned “unsubstantiated” claims on Hunter’s laptop. Not surprisingly, it was thoroughly lampooned.

The FEC opinion can be read here.

Over half of registered voters attribute at least some blame for rising inflation to the Biden administration: poll
Arkansas police shoot man after he stabbed officer in the throat, beat his son to death with a rock, and killed son’s mother
War and Unpeace
McAuliffe Tries to Clean up Parent Comment in New Ad
Preparing to THRIVE in the post-collapse economy: Scavenging, barter, off-grid food production and rescuing survivors