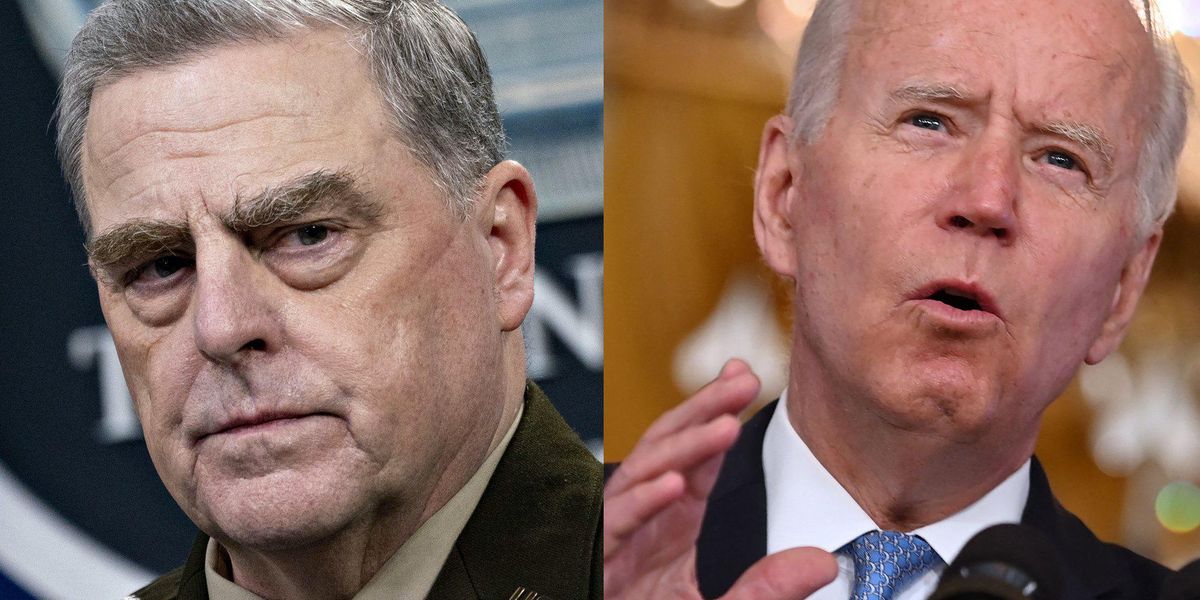 Milley faced calls for his resignation after reporting in a new book claimed that he had called his military counterpart in China to reassure them after the Jan. 6 rioting at the U.S. Capitol, and to say he would warn them if there was a surprise attack.

Milley denied that he had undermined the chain of command in a statement released through a spokesperson.

“The Chairman of the Joint Chiefs regularly communicates with Chiefs of Defense across the world, including with China and Russia. These conversations remain viral to improving mutual understanding of U.S. national security interests, reducing tensions, providing clarity and avoiding unintended consequences or conflict,” said Colonel Dave Butler.

“His calls with the Chinese and others in October and January were in keeping with these duties and responsibilities conveying reassurance in order to maintain strategic stability. All calls from the Chairman to his counterparts, including those reported, are staffed, coordinated and communicated with the Department of Defense and the interagency,” he continued.

“General Milley continues to act and advise within his authority in the lawful tradition of civilian control of the military and his oath to the Constitution,” the statement concluded.

Biden responded to the claims on Wednesday and signaled that he had no intention to fire him.

“I have great confidence in General Milley,” Biden said to a reporter.

Among those voices calling for Milley’s immediate firing were Republican Sen. Marco Rubio of Florida, who said Biden should act to reestablish the tradition of civilian control over the military.

“These actions by General Milley demonstrate a clear lack of sound judgement, and I urge you to dismiss him immediately,” wrote Rubio to Biden.

John Bolton, the former national security advisor to Trump, defended Milley in a statement on Wednesday.

“Mark Milley is a staunch supporter of the Constitution and the rule of law. His patriotism is unquestioned,” said Bolton in part.

“In the days after Donald Trump’s November 3, 2020, election defeat, I can only imagine the pressures he and others were under in fulfilling their Constitutional obligations,” Bolton continued. “I have no doubt General Milley consulted widely with his colleagues on the National Security Council and others during this period. I would also be very surprised if many of them were not fully aware of General Milley’s actions, and that they fully concurred in them.”

Here’s more about the claims against Gen. Mark Milley: