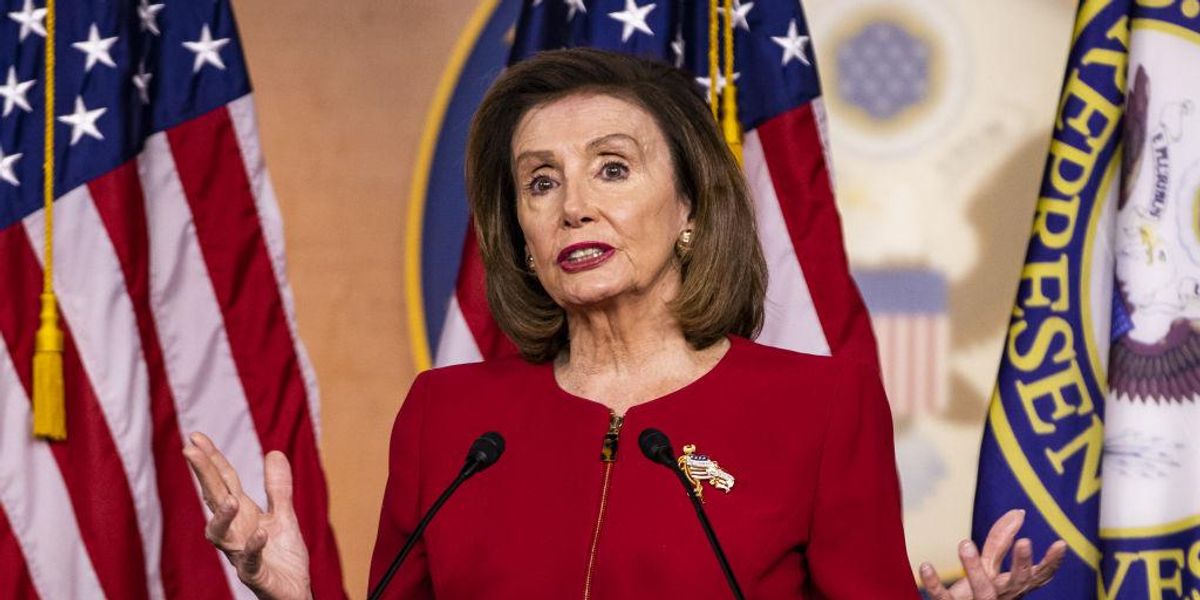 During remarks at the Cambridge Union in the U.K. on Thursday, House Speaker Nancy Pelosi said that President Biden “knows his foreign policy.”

The California Democrat said, “We’re so fortunate that he did not win for president before when he ran because we needed him now. He’s perfect for now. He knows his foreign policy,” she said, noting that Biden previously chaired “the foreign policy committee.” Pelosi said that “as president, he doesn’t come into this learning on the job.”

Biden previously spent several years as the chair of the Senate Foreign Relations Committee during portions of his more than three-decade career as a U.S. senator. He later spent two terms serving as vice president alongside Democratic President Barack Obama.

Pelosi, who is the first and only woman ever to serve as House speaker, has spent more than three decades serving in the House of Representatives. She is currently serving her fourth term as speaker.

The lawmaker’s comments about President Biden’s supposed foreign policy prowess come at a time when many have been heavily criticizing the Biden administration for botching the U.S. withdrawal from Afghanistan.

The Taliban swiftly took control in the country, seizing the capital city of Kabul last month. Billions of dollars of weaponry supplied by the U.S. to Afghanistan has fallen into the hands of the Taliban. U.S. service members and others were killed last month during a terror attack in Kabul. And the U.S. announced the completion of its military withdrawal last month even as American citizens and Afghan allies remained stranded there.

A recent Quinnipiac University national poll of adults found that a whopping 65% disapprove of the way the president handled withdrawing American troops from Afghanistan, while just 31% approve. The survey also found that 62% believe U.S. troops will need to go back to Afghanistan to combat terrorism, while 28% do not think so.