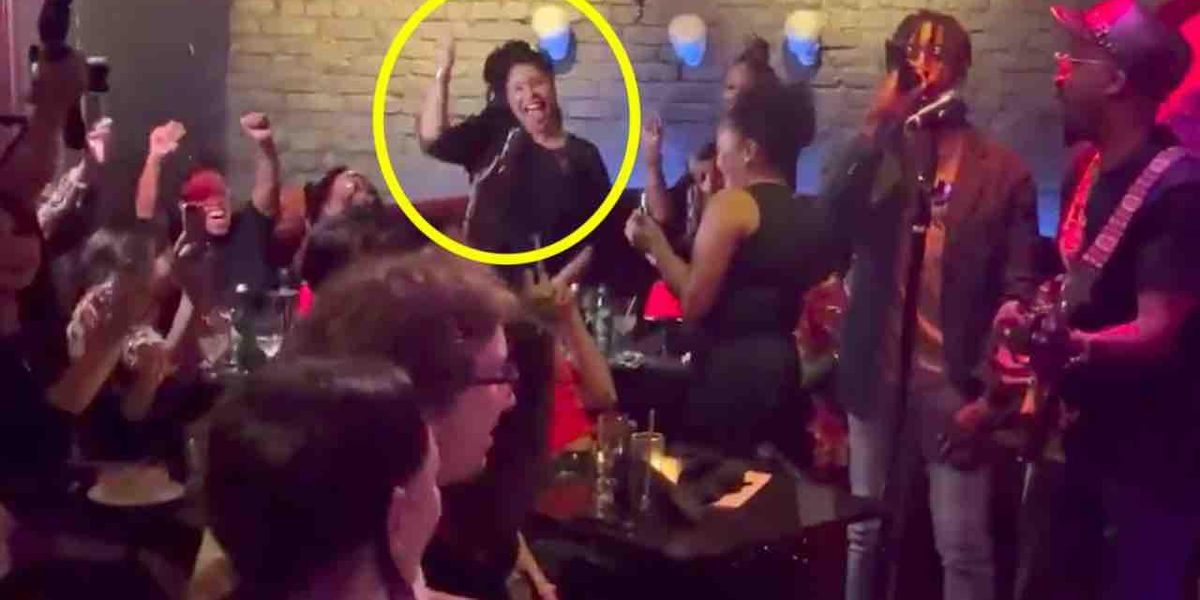 The hypocrisy of left-wing officials in regard to adhering to COVID-19 restrictions — particularly ones they’ve enacted — is well documented:

Now San Francisco Democratic Mayor London Breed appears to be in line for queen of COVID Rules for Thee but Not for Me.

A photo was posted — but later taken down — on the Black Cat Nightclub’s Instagram page showing a smiling Breed celebrating with friends Wednesday night,
KNTV-TV reported.

Do any Democrats act… https://t.co/fxTQPdSWIc

Thing is, the images of Breed show her without a mask — which violates her own COVID-19 rules that say masks must be worn indoors except when you’re eating or drinking, even if you’ve been vaccinated.

Here’s a video showing Breed in the background as she danced and sang without a mask — and no food or drinks in hand:

I chose to go to @sfblackcat last night for my first indoor concert since the pandemic … and this happened 🤩🙌🏽🎶 https://t.co/x68lRya0Wh

“She’s been very clear that everybody needs to do their part, we’re not out of the woods,” Danielle Rabkin, Crossfit Golden Gate Gym Owner, told KNTV. “San Francisco’s rules have been very restrictive, and I don’t see her playing her part in that photo.”

The station said it didn’t immediately hear back from the mayor’s press office after a request for comment on the matter.

She did tell a
Chronicle reporter Thursday night that she gets tested often and everyone had to show proof of vaccination to get in, which made her feel safe.

In early August, she emphasized the need for the city to bring back its indoor mask mandate.

“We don’t want to shut down this city or this country down any longer than we have to. Our economy and our livelihood, and our kids going back to school, and everything in between depends on it,” she said.

In a news release about the mandate, the mayor’s office clearly spelled out the rules, stating, “The orders require all individuals, regardless of vaccination status, to wear face coverings when indoors in public settings, with limited exceptions.”

Rabkin added to the station that Breed “clearly feels like it’s fine and safe to remove her mask, [so] then let that be the rule for everybody. You’re not impervious to COVID any more than I am, so let the rules for you be the same as the rules for me.”