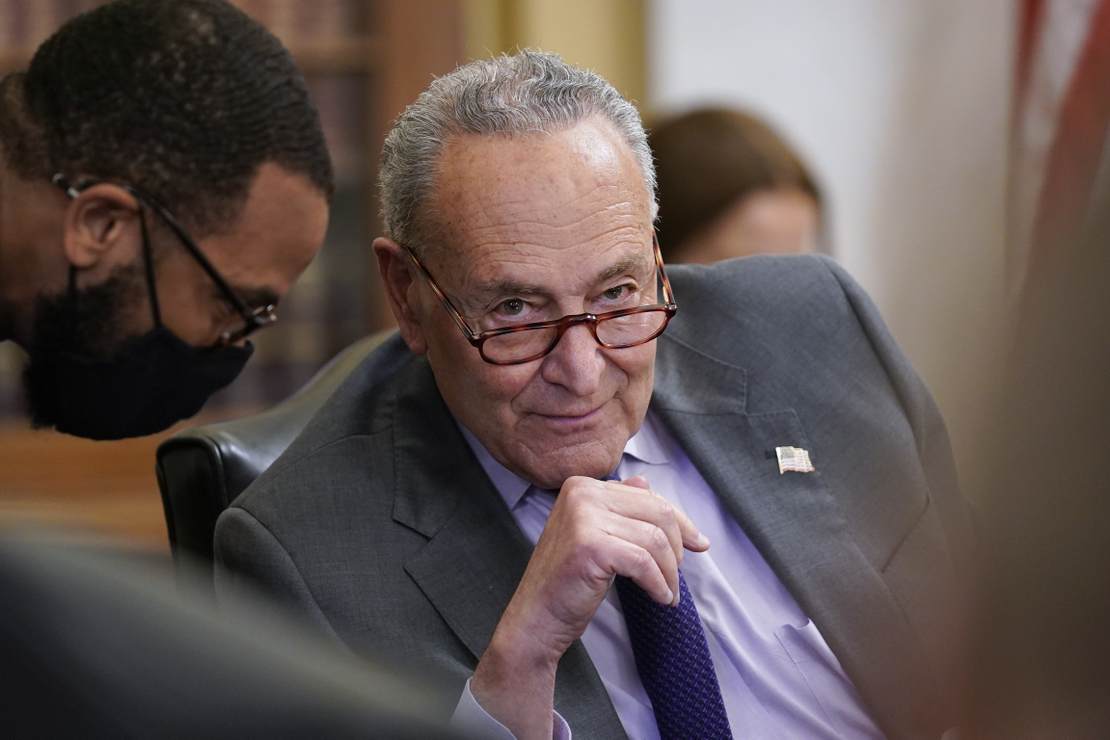 It’s becoming obvious that Democrats are stuck between a rock and a hard place on a number of policies — some brilliant political gamesmanship by Republicans is forcing their opponents to take responsibility for their actions.

The Democrats are trapped by their own grandiose spending plans. They want to pass a $3.5 trillion increase in social programs but can’t do it until they raise the debt ceiling. The Dems say they want GOP “help” in raising the debt limit — wanting them to share the blame — but Republicans are naturally reluctant, since not a single GOP House or Senate member will vote for the multi-trillion monstrosity.

The Democrats are on the horns of a dilemma and are getting gored as a result.

Senate Democrats are again demanding that Republicans help raise the debt limit to help them bypass legislative norms and debate and cram through their agenda in an unprecedented $3.5 trillion bill that can’t garner a single vote from the minority. Chuck Schumer demands this even though Democrats have the votes to do it themselves. The first iteration of the Bernie Sanders–authored reconciliation plan — ostensibly limited to budgetary items — had room for things such as a “Civilian Climate Corps” but none to address the issue of a debt-ceiling hike that is needed for its passage.

“If they have 50 votes for raising the debt limit and they’re in the majority… Why do they think Republicans ought to be involved when they’re in the majority?”  [Sen. Charles] Grassley, R-Iowa, told Fox News. “They want to spend this four and two tenths trillion – that’s one of the reasons why it’s got to go up so much – and no Republicans in favor of their programs. Why would we help them to get room in the debt limit to increase their budget.”

Democrats think they may have an “out” by attaching a debt limit increase to a bill that would keep the government operating while a budget is being debated.

[Minority Leader Mitch] McConnell, R-Ky., struck a similarly defiant tone on the Senate floor Tuesday, indicating that the GOP is highly unlikely to cave on the position it staked out just over a month ago.

“This isn’t the last four years, when we were reaching bipartisan government funding agreements, bipartisan appropriations, and bipartisan COVID bills,” McConnell said. “Democrats are making different choices. They want to make policy all by themselves. So they can come up with the financing on their own as well.”

It will be difficult for Democrats to flip the playing field and put Republicans on the defensive, at least on this issue. It will come down to how badly Democrats want to get that $3.5 trillion spendapalooza approved.

Since that spending bill represents Joe Biden’s domestic agenda for his first term, Democrats are going to have to swallow hard and take the political hit if they want to get it done.