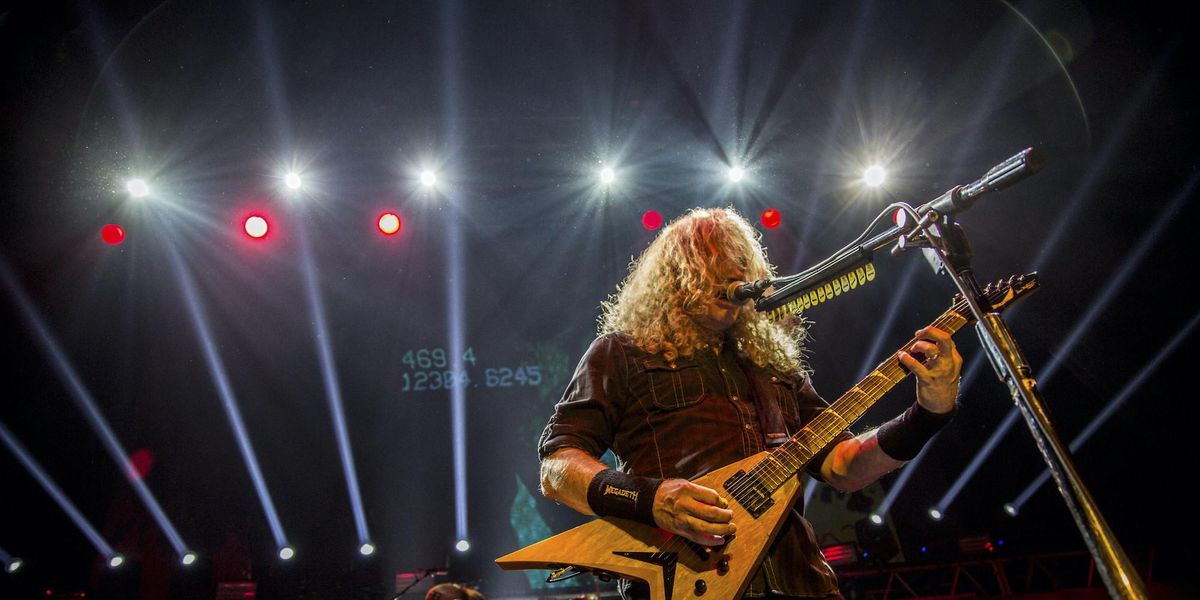 Dave Mustaine, the frontman for heavy metal band Megadeth, blasted mask mandates in a tirade to fans during a concert in Camden, New Jersey.

“I just wanna tell you how great it is. Look around you, guys. Look to your right, look to your left, and look how wonderful this is,” said Mustaine to his fans Wednesday.

“We’re all here together. We’re not in f***ing bags. We’re not freaking out, and we’re not yelling at people, ‘Wear your f***ing mask,'” he added, according to Loudwire.

“Listen, it starts with this kind of a sensation that we build right now. We feel together, we feel strength in numbers. We feel like we are invincible. People will not be able to stop us,” he continued.

“Right now, what’s going on is tyranny,” Mustaine said. “This is called tyranny. Look it up when you get home. And tyranny isn’t only in government. Tyranny right now is in the schools and tyranny is in the medical business. We have the power, especially us heavy metal fans, we have the power to change things.”

This is far from the first time Mustaine has spoken out about his political beliefs.

In 2012 during a concert in Singapore, he said the United States was turning into “Nazi America” and accused then-President Barack Obama of staging mass gun murder incidents so that he could push gun control.

“Back in my country, my president is trying to pass a gun ban so he’s staging all these murders like the ‘Fast and Furious’ thing down at the border and Aurora, Colo., all the people that were killed there,” said Mustaine at the time.

Here’s the video of Mustaine’s comments on gun control: