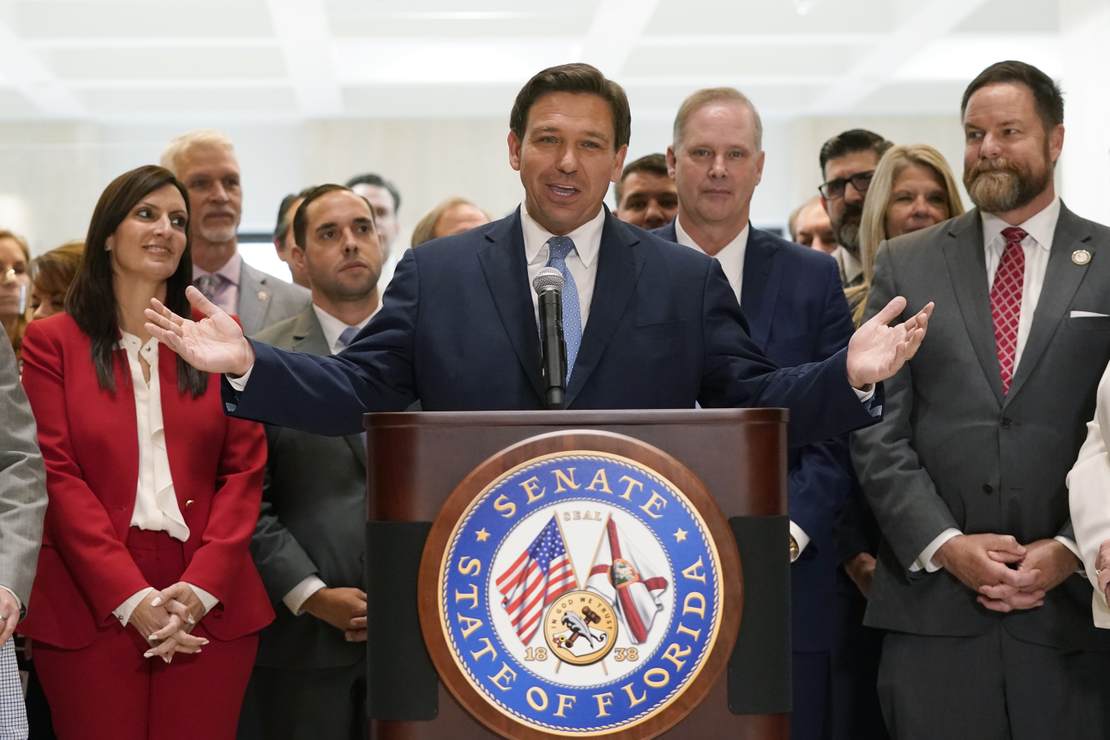 In a shocking turn of events, PolitiFact rated something a Republican said “Mostly True.” Not just any Republican, either. Florida Governor Ron DeSantis said something about recovered immunity from COVID-19 that PoilitFact did not completely debunk. There is a highly coordinated narrative on COVID-19 in the corporate media, and most outlets will only parrot what Dr. Anthony Fauci says. PolitiFact just broke the mold.

Since President Joe Biden announced a sweeping vaccine mandate that includes nearly all healthcare workers and roughly 80 million employees in the private sector, DeSantis has been a vocal detractor. In remarks in Gainesville, Florida, DeSantis said that people who have recovered from COVID-19 have “very strong immunity” to the virus.

PolitiFact gave this statement a “mostly true” rating. In its bulleted response, the fact-checker said:

To fact check PolitiFact, the Israeli study actually says (emphasis added), “Individuals who were previously infected with SARS-CoV-2 seem to gain additional protection from a subsequent single-dose vaccine regimen. Though this finding corresponds to previous reports, we could not demonstrate significance in our cohort.” For context, 23 recovered patients and 16 recovered participants with a single dose developed symptomatic COVID-19 out of 14,029 total. Taken together, the risk of reinfection is 0.27%. A study at Cleveland Clinic found no difference in the infection rate between the recovered and the recovered who subsequently received the vaccine.

On the third bullet point, some doctors indeed say that. Other doctors are not so sure, especially for younger Americans. The United Kingdom vaccine advisory board does not recommend broad-based vaccination for children 12-15, saying the “margin of benefit was not clear.” Another study in preprint asserts that, especially for boys in that age group, the risk of heart-related complications from the vaccine is greater than the risk of hospitalization with COVID-19. The rate of reinfections among the vaccinated appears to be rising in Israel, the United Kingdom, and the United States. Perhaps, the science isn’t quite settled.

DeSantis has been clear that he does not think vaccines should be a requirement to participate in everyday activities. He was the first governor to prohibit vaccine mandates for public employees and private businesses. The Florida legislature then passed SB-2006, prohibiting vaccine passports of any kind. The Florida Department of Health recently issued a rule based on the law that includes a $5,000 fine for violations.

Since Biden’s announcement, DeSantis has been particularly critical of a mandate interfering with someone’s ability to make a living. Gainesville city officials decided to implement a vaccine mandate for its employees anyway. That is why the governor made a case for natural immunity in his speech there. DeSantis is especially concerned about emergency services and frontline workers, many of whom worked through the pandemic and have already recovered from COVID-19. His concerns are not misplaced.

Related: Nurses Are Being Fired for Refusing the COVID Vaccine. Read Their Heartbreaking Stories.

One hospital in Texas just announced that it might face closure because Biden’s vaccine mandate applies to facilities that accept Medicare and Medicaid. Brownfield Regional Medical Center CEO Jerry Jasper said that “20 percent of my, probably 20 to 25 percent of my staff will have to go away if that’s the case.” Another hospital in Lowville, N.Y., announced it would suspend maternity services because of resignations over Governor Andrew Cuomo’s earlier vaccine mandate for healthcare workers. Emergency services personnel in Los Angeles and Oregon filed lawsuits to fight government vaccine mandates in their jurisdictions.

Perhaps PolitFact’s assessment is the beginning of a more general acceptance of natural immunity in the corporate media. Or maybe it was a moment of weakness. But the fact that they picked something DeSantis said to deviate from the preferred narrative is simply astonishing.

Psaki Claims “Little Hubbub” with Southwest Airlines Had Nothing to Do with Biden’s Vaccine Mandates
[VIDEO] Kruiser’s ‘Beyond the Briefing’—What I’m Willing to Sacrifice to Make America Happy Again
FDA exposed as a criminal body parts cartel involved in routine harvesting of organs from LIVING human babies
Federal Crack-House Law Withstands Progressive Challenge
FED UP: Inside the Chicago Police Shortage