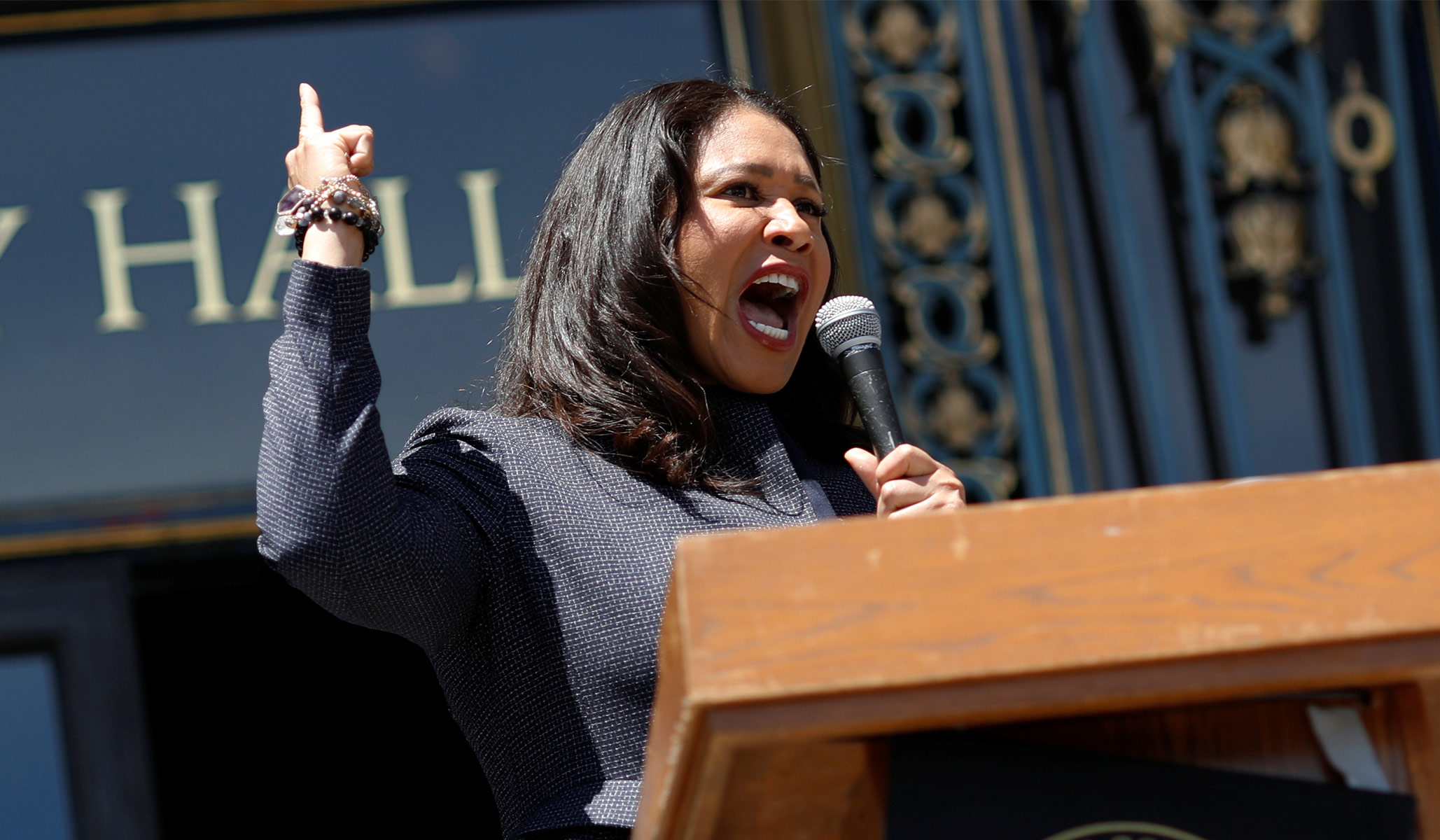 San Francisco mayor London Breed was filmed partying indoors without a mask at a nightclub in the city’s Tenderloin district on Wednesday, breaking the city mask mandate.

San Francisco’s mandate states that all residents, including those who are vaccinated against COVID-19, must wear a mask indoors except while actively eating and drinking. Breed did not wear a mask throughout a visit to the Black Cat nightclub, where guests were treated to a surprise performance by members of R&B group Tony! Toni! Toné!, the San Francisco Chronicle reported.

I talked to @LondonBreed afterwards too. What a fun night!https://t.co/87nxpphbJF

Chronicle reporter Mariecar Mendoza photographed Reed with Black Lives Matter co-founder Alicia Garza, who like many other attendees was also maskless. Breed insisted that she had been “very careful” throughout the pandemic, is vaccinated and gets tested regularly for COVID-19, in comments to Mendoza.

“The mayor was excited to be out and had an incredible night at the Black Cat, and wants to support small businesses. She was with friends at her table, not wearing a mask while eating and drinking and enjoying herself,” Breed’s office said in a statement to a local ABC affiliate. “She knows health orders are hard and asks everyone to do their best to follow them.”

Breed dined at the upscale French Laundry restaurant in Napa Valley in November 2020, while the state’s guidelines “strongly discouraged” social gatherings, the Chronicle reported at the time. That dinner reportedly came a day after California Governor Gavin Newsom was photographed at the same restaurant, appearing to flout the state’s coronavirus mitigation guidelines.

“The spirit of what I’m preaching all the time was contradicted,” Newsom said after the photographs were released. “I need to preach and practice, not just preach.”

A San Francisco hair salon owner said that House Speaker Nancy Pelosi (D., Calif.) visited the salon for a wash and blow-out one day before city-wide restrictions on indoor activities were scheduled to be lifted in September 2020. Pelosi later accused the owner of setting her up.