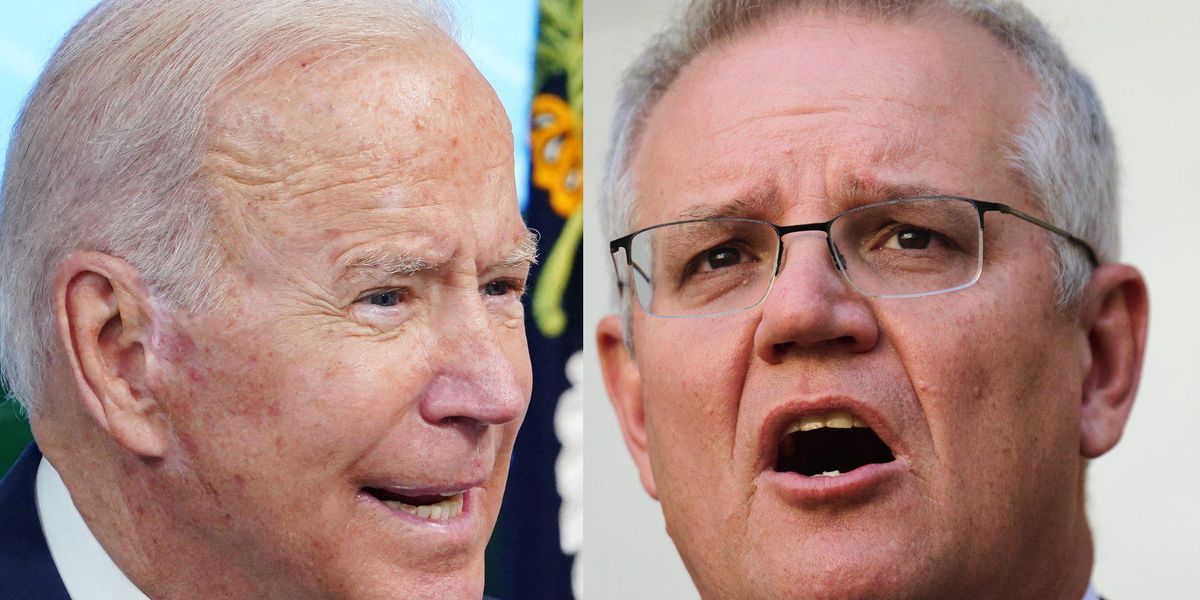 The United States, Australia and Britain celebrated a new trilateral pact on Wednesday but France displayed their displeasure with the agreement after calling it a “stab in the back.”

On Friday France recalled ambassadors from the United States and Australia, a dramatic and unprecedented move.

“This exceptional decision is justified by the exceptional seriousness of the announcements made on September 15 by Australia and the United States,” explained French Foreign Minister Jean-Yves Le Drian.

The trilateral pact, called AUKUS, includes the plan to create a nuclear-powered submarine fleet for Australia in order to protect the interests of the three countries in the Indo-Pacific region.

Many observers noted that the agreement was a direct challenge to China’s growing influence.

De Drian, however, angrily derided the pact on behalf of France. Australia had cancelled a contract with France to buy diesel electric submarines from the country in favor of the U.S.-manufactured nuclear submarines.

“It’s a stab in the back. We had established a trusting relationship with Australia, and this trust was betrayed,” said Le Drian on Thursday.

On Friday Pentagon spokesperson John Kirby said that the French government had been notified about the AUKUS deal prior to the announcement, but admitted that there was more work to do to improve their frayed relations.

Le Drian said he was “angry and very bitter” about what he referred to as a “break up.” He also said that the move reminded him of the brutality he had come to expect under former President Donald Trump.

“This brutal, unilateral, unpredictable decision looks very much like what Mr. Trump used to do,” he said.

“Allies don’t do this to each other,” Le Drian concluded about the U.S. pact. “It’s rather insufferable.”

Walmart CRT Training Encourages Employees to Accept That ‘White Is Not Right’
Angered activists storm out of meeting with Biden administration: ‘Reached a turning point’
Williams Worries ‘The Texas Brand’ Will Spread Like Jim Crow
Fauci says his critics ‘deny reality,’ embrace ‘conspiracy theories’ — but his supporters are ‘guided by the truth’
[VIDEO] Kruiser’s ‘Beyond the Briefing’—What I’m Willing to Sacrifice to Make America Happy Again