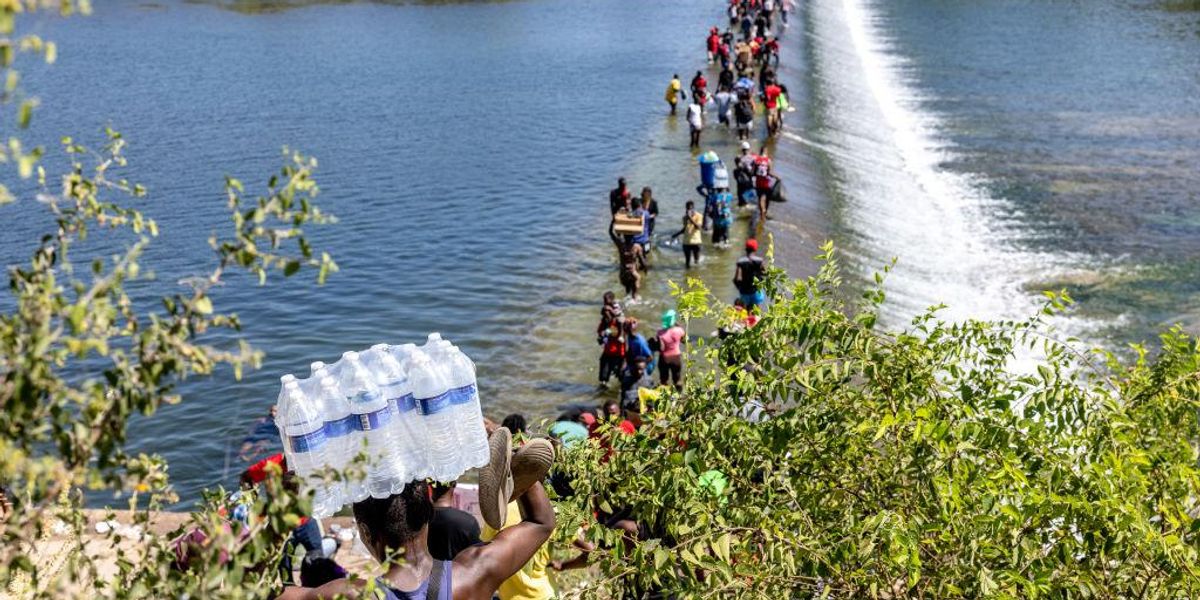 The Biden administration plans to fly Haitians from the U.S. to Haiti beginning Sunday, an official said, according to the Associated Press.

The outlet reported that the details have not been made final, though the effort will probably entail five to eight flights daily, according to the individual who spoke with the AP on the condition of anonymity.

Thousands of migrants are congregated under and near a bridge in Del Rio, Texas, highlighting the ongoing crisis along America’s southern border.

Val Verde County Judge Lewis Owens noted that the majority of the people present there Friday were Haitian, according to the AP. Trash heaps spread 10 feet wide and at least two individuals have given birth, including a person who tested positive for COVID-19 after being brought to a hospital, he said, according to the outlet.

People crossed the Rio Grande, moving to and from the U.S. and Mexico, according to the AP.

“Unable to buy supplies in the U.S., they returned briefly to Mexico for food and cardboard to settle, temporarily at least, under or near the bridge in Del Rio, a city of 35,000 that has been severely strained by migrant flows in recent months,” the outlet reported. “Migrants pitched tents and built makeshift shelters from giant reeds known as carrizo cane. Many bathed and washed clothing in the river.”

Val Verde County Sheriff Frank Joe Martinez estimated that the mass of people numbered around 13,700 and said that additional Haitians were moving through Mexico via bus, according to the AP.

Mexican immigration authorities in the state of Tamaulipas commanded around 500 Haitians to disembark buses, the state government noted in a press release on Friday, according to the AP. The outlet noted that the individuals persisted to trek toward the border by foot.

U.S. Customs and Border Protection announced on Friday the temporary closure of the Del Rio Port of Entry.

“Consistent with established cross border travel management procedures, traffic that normally uses the Amistad Dam International Bridge and the Del Rio International Bridge will be directed 57 miles east to the Eagle Pass Port of Entry,” a press release noted. “This temporary closure and shift is necessary in order for CBP to respond to urgent safety and security needs presented by an influx of migrants into Del Rio and is effective immediately. It will advance and protect national interests and help ensure the safety of the traveling public, commercial traffic, and CBP employees and facilities.”

This marks yet another chapter in an ongoing border crisis saga in which scads of migrants have been inundating the nation’s southern border month after month.

According to U.S. Customs and Border Protection data, there were 208,887 southwest land border encounters in August, which marked only a slight drop from the 213,534 encounters in July.

Effective immediately, @CBP will temporarily close and re-route traffic from the Port of Del Rio to the Port of Eag… https://t.co/jcUO59uYWk