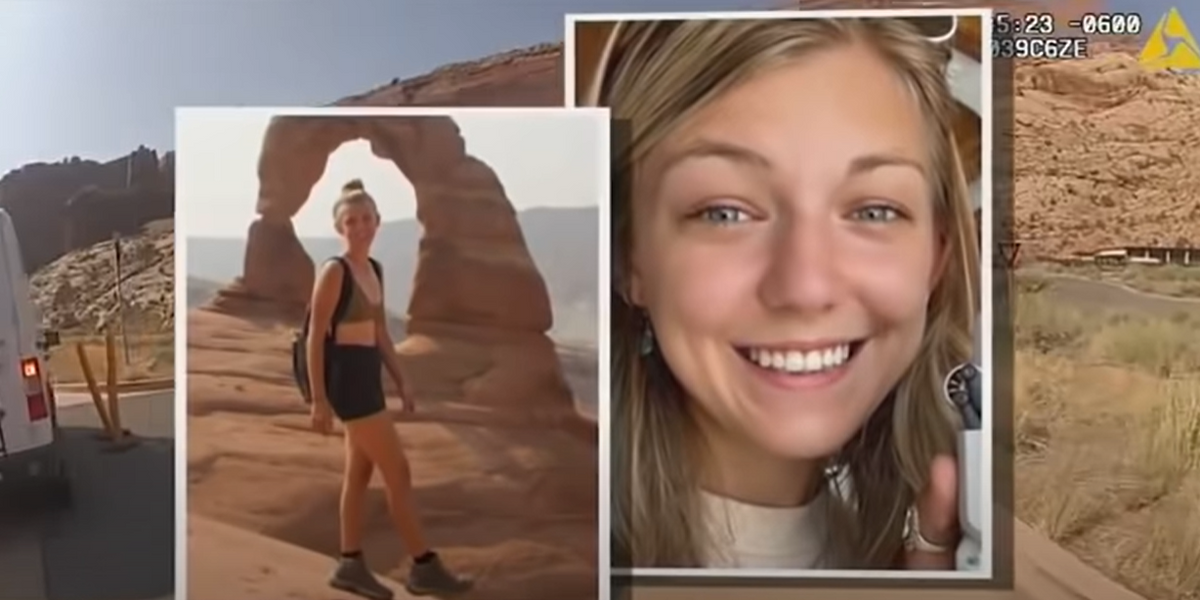 The search for missing 22-year-old Gabby Petito in Wyoming has intensified, and authorities have launched a manhunt for her fiancé, Brian Laundrie.

Authorities believe Laundrie, who had been named as a person of interest following his fiancee’s disappearance last month, could be in a wilderness preserve in Venice, Florida. The swampy Carlton Reserve is reportedly home to 80 miles of hiking trails, plus wildlife such as alligators, panthers, coyotes, deer, turkey, bobcats, and feral hogs.

Local police and the FBI started a search in the Carlton Reserve, a 24,565-acre nature preserve park nearby his family’s North Port home.

Over 50 law enforcement officers began their search on Saturday, and are using bloodhounds, drones, and 4×4 vehicles, according to North Port Police information chief Josh Taylor. Officers do not know if Laundrie is armed.

Laundrie’s parents said they haven’t seen their son since Tuesday. They informed police that their son said he was going to Carlton Reserve after he left their home. Laundrie reportedly frequents the Myakkahatchee Creek Environment Park, which is tied to Carlton Reserve.

The North Port Police Department, FBI, and agency partners are currently conducting a search of the vast Carlton Re… https://t.co/icrknKPB6B

Additional photos from the search for Brian Laundrie around the Carlton Reserve area. If you have seen him please u… https://t.co/HWxpGIzDQU

“The attorney for the Laundrie family called FBI investigators Friday night, indicating the family would like to talk about the disappearance of their son. The family now claims that they have not seen Brian since Tuesday of this week,” Taylor said.

“The North Port Police Department and the Federal Bureau of Investigations are currently searching for 23-yr-old Brian Laundrie of North Port,” the police department said in a statement. “The attorney for the Laundrie family called FBI investigators Friday night indicating the family would like to talk about the disappearance of their son.”

Petito’s family issued a statement through their lawyer, Richard Stafford, “All of Gabby’s family want the world to know that Brian is not missing, he is hiding. Gabby is missing.”

On Sept. 1, Laundrie arrived at his parents’ home in Florida after a trip to Utah and Wyoming with Petito, who was not with him when he returned. The couple lived in the North Port with his parents.

Petito’s family said they could not get any information from Laundrie about Gabby’s whereabouts.

Petito’s family issued a plea to the Laundrie family.

“Please, if you or your family have any decency left, please, tell us where Gabby is located,” the family said in a letter. “Tell us if we are even looking in the right place. All we want is for Gabby to come home. Please help us make that happen.”

The couple embarked on the trip in June in a converted Ford Transit camper, which included stops in Moab, Utah, and Grand Teton National Park in Wyoming.

Gabby, who has been described as the “van-life” girl because she documented her cross-country travels on social media, was seen on police bodycam footage in Moab on Aug. 12. She was visibly distressed and said she got into a physical altercation with her boyfriend. No charges were filed at that time.

The Petito family reported Gabby missing on Sept. 11. Petito’s mother said she last spoke to her daughter on Aug. 25, when she said she was at the Grand Teton National Park.

Park rangers and FBI agents are searching the east side of Grand Teton National Park for the missing woman. Authorities closed down the Spread Creek campground for the next few days so law enforcement could perform a search for Gabby Petito, the Daily Mail reported.

North Port police told Fox News on Saturday afternoon that they have spoken to a TikTok user who claims to have given Laundrie a ride only days after Petito was last confirmed seen alive.

“We have spoken with her and are potentially utilizing her info into our timeline,” Taylor said in an email.

The TikTok user, Miranda Baker, alleged in videos that she and her boyfriend picked up Laundrie at 5:30 p.m. on Aug. 29 after spotting him hitchhiking alone on the side of the road in Grand Teton National Park.

Petito, a Long Island, New York native, is one of three people who went missing in or near Grand Teton National Park this summer, according to the Jackson Hole News & Guide. Authorities are also searching for Robert Lowery, a 46-year-old from Texas, who was last heard from on Aug. 23. Cian McLaughlin, 27, has been missing since June.