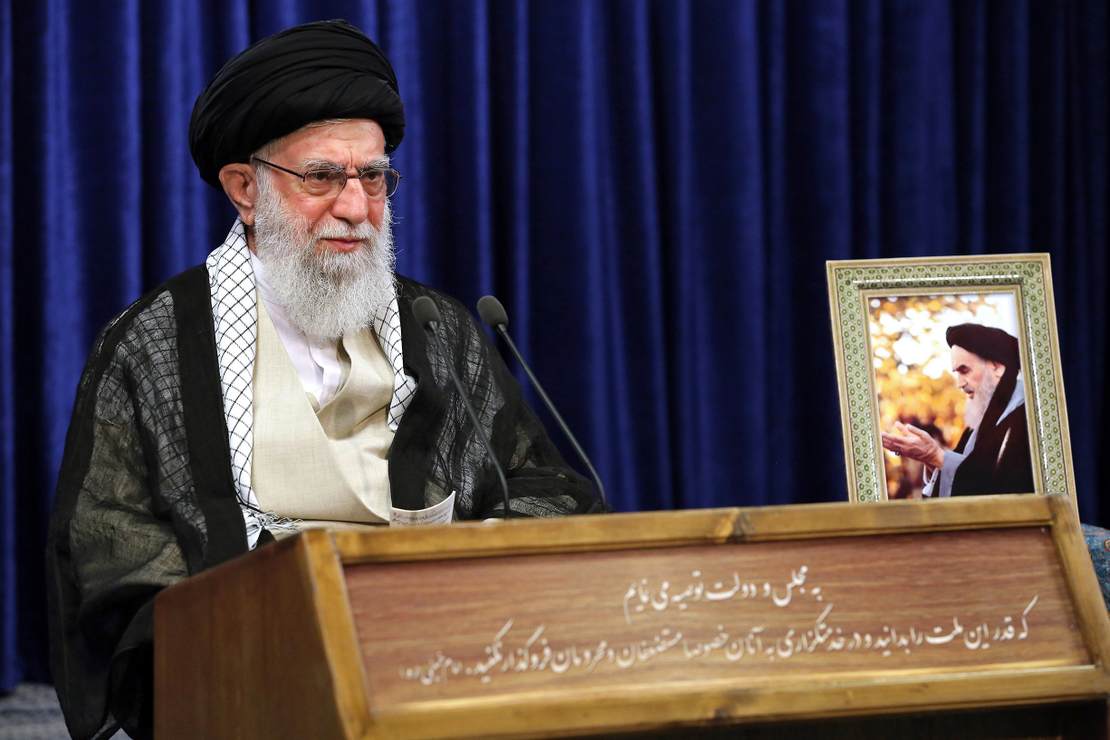 Whichever man or woman takes the presidential oath of office in January 2025 will confront an emboldened Iran on the verge of a world-changing achievement.

The Biden administration came to office determined to “restore” the Obama administration’s fatally flawed Iran nuclear deal (JCPOA) that then-President Donald Trump withdrew from three years later. Despite six rounds of failed talks in Europe, and Iran simultaneously continuing to advance its nuclear programs, Biden and his acolytes are still pushing. Why?

It is undeniable Supreme Leader Ayatollah Ali Khamenei and hard-line President Ebrahim Raisi will not accept an accord described as some sort of addendum to the JCPOA. In recent months, the Islamic Republic upped its uranium enrichment levels, with reports indicating Iran is within a mere month of having enough weapons-grade uranium to make a nuclear bomb.

Due to absurd sunset clauses of the deal agreed to by the hapless John Kerry, advanced centrifuge development also will surely continue, which allows for an industrial-scale nuclear infrastructure in due time.

If the White House gets a new deal, it amounts to an American surrender, since Biden will first need to eliminate the sanctions that matter. Tehran will then seek even more concessions from Team Biden than they obtained from Kerry and Obama.

“The White House options include unleashing our military, or conceding to Iran nuclear ambitions, or making a deal to temporarily reduce Iran’s uranium stockpile,” a Republican strategist who recently returned from Israel told me. “My guess is Biden tries to do the third, provided Khamenei doesn’t just tell us to pound sand.”

We are undoubtedly headed to a frightening new era, sans a legitimate Iran policy. If the GOP takes back the White House and Congress, we could see real sanctions again thrown at Iran, though not much more, since a new mindset among conservative non-interventionists sees the region as intractable.

Trump declined to respond militarily to the Iranian missile attack on Saudi Arabian oil facilities in 2019. Biden, who appears more determined than his predecessor to downsize America’s role in the Middle East, won’t be bold against the Islamic Republic.

If the Israelis do not hit Iran’s nuclear sites in the next few years, Jerusalem will have signaled that preventive military actions are too arduous. Without Israeli intervention, we — and the free world — have likely already lost.

With new and improved machines, Tehran can quickly increase its enrichment capacity, making it nearly impossible to detect if they deploy them. Human intelligence would be required.

“It’s a bad cycle,” the strategist added. “The administration and foreign-policy establishment will pretend we still have options in the Middle East. The State Department will continue to push out papers and the National Security Council will have its meetings. But Jerusalem and Tehran know better. The ongoing debacle in Afghanistan is a just taste of what may happen when the rest of the Middle East realizes that American leadership is gone.”

HORROR: Woman Raped by Stranger on Train in Suburban Philadelphia as Bystanders Did Nothing
HELL NO: White House Unveils Plan to ‘Quickly Vaccinate Kids From COVID
The U.S. is destroying its own health care infrastructure by attacking the people who remember what medicine means
University of Denver adds flu shot requirement for all students and staff
San Francisco School-Board Recall Scheduled after Organizers Surpass Signature Threshold