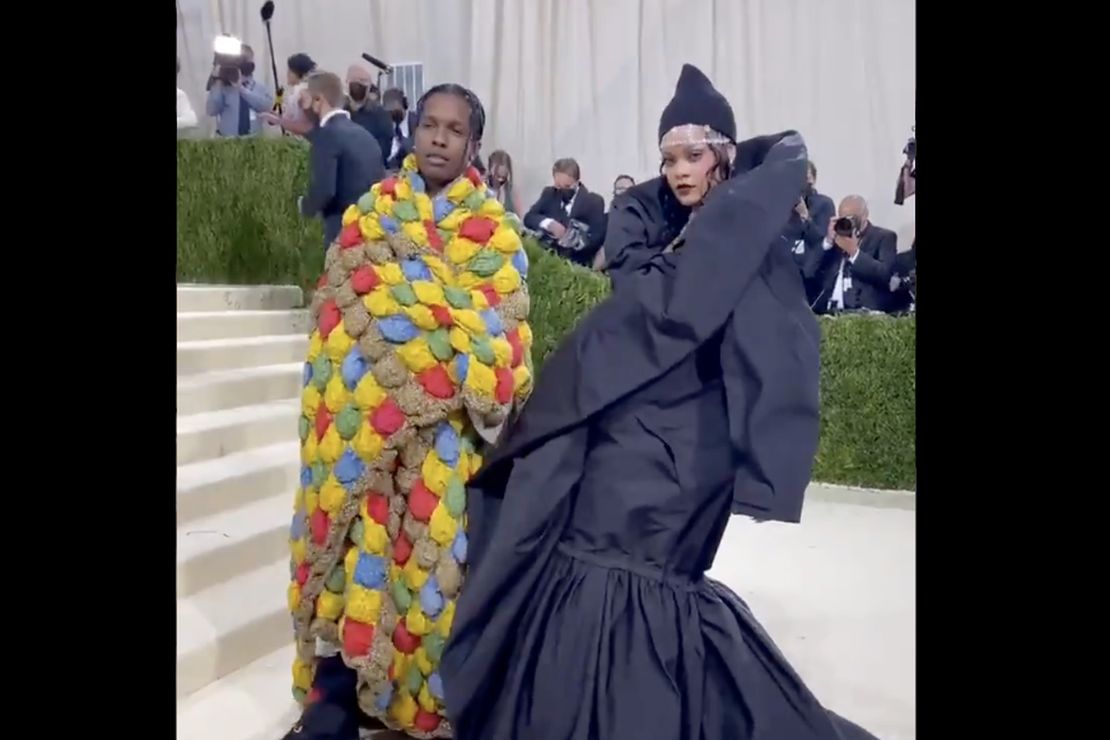 Happy weekend, everyone! For some of us, the first full week of school has finally come to an end and it feels like this

But we made it. I hope it’s going to get easier. On the plus side, I managed to create a Pinterest-worthy launch pad to keep all those school papers and government-mandated muzzles organized and off my kitchen table. Is this cool or what?  And I did it with stuff I had lying around and avoided buying anything to make it happen, which is always a bonus. 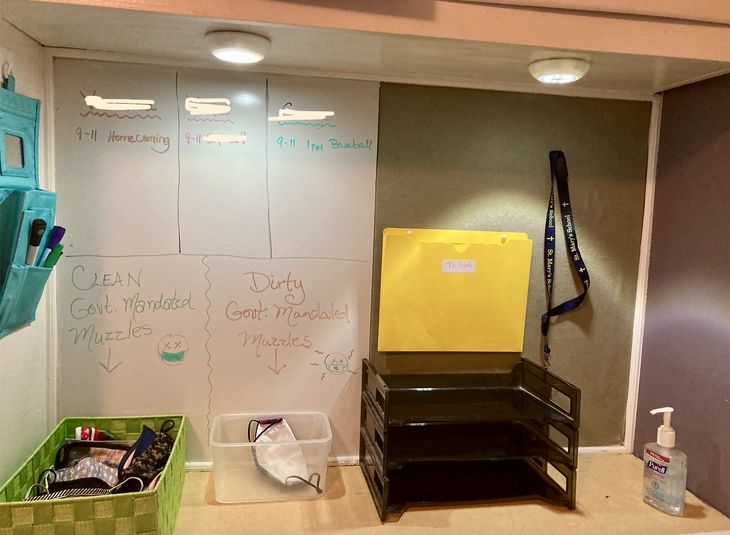 Let’s hope it helps me not forget to sign all the field trip forms, etc. One of the weirdest transitions for me from homeschool to regular school was how much paperwork is involved. I need an assistant to juggle all the paperwork that comes with having three kids in school.

I’ll take my chuckles anywhere I can get them. The Met Gala is always good for laughs. Yes, some of the dresses are awesome and avant-garde in a good way, like Iman’s dress. Holy heck this is cool. She looks like the sun.

But then there are the ones who are trying too hard and the fail flop can be heard miles away. Kim, dear, what is this? Taliban chic? I don’t get it. It’s either a burqa commentary or blackface. Either way, it’s ridiculous. Even sillier was watching her try to walk guided by about five people, including another guy with his eyes covered. It was the definition of the blind leading the blind.

.@KimKardashian has arrived to the 2021 #MetGala. See every look from tonight’s red carpet here: https://t.co/cJLWT3nSWH pic.twitter.com/GE9RcqT6Em

The best commentary I have seen came from Mr. Ant Davis on Facebook. I cannot stop laughing at this.

There was a cute moment between husband and wife captured here that made me smile. Find a man who looks at you the way Steph Curry looks at his wife. They both look great. There was a lot of beautiful fashion at the gala. As long as they never again do that sacrilegious theme that they did two years ago, I’m a big fan. I like forgetting about the clown world we live in and appreciating human creativity through outrageousness. It’s fun.

Can we just talk about how Steph Curry looked at his wife and how he give her an minute to shine 😩 #MetGala #MetGala2021 pic.twitter.com/VtIfZCtPdM

Remember the dogs everyone freaked out about that got left in Afghanistan? No one knew who they belonged to. People thought they were military dogs for a while, until the Pentagon said no. Well, they’re doing fine, in case you were wondering.

🐾🐕 Looks like #GoodNews to me! “The dogs are now being fed, cared for and trained by Azizi and his colleagues at the security company’s training centre, housed in two converted shipping containers separated by a weed-strewn strip of earth.” – Woof! Major https://t.co/drdbDnGbkv pic.twitter.com/0WtiQAVcj1

They’ve been adopted by a man named Hewad Azizi, who works security at the Kabul Airport. Yahoo reported.

Azizi and his colleagues are not sure about the identity of the previous owners. All they are focusing on now is how to put them back to work when the airport returns to normal.

“We have done training with them to find out what they are used for exactly,” he explained, adding that they have realised “they are bomb dogs”.

Azizi’s favourite dog, Rex, a dark brown Malinois, is one of the recent discoveries.

Every day, he takes Rex for a walk in a small deserted area a few metres away from three old Afghan Air Force planes.

Mask Police Get a Legal Beatdown

I don’t know if you saw my coverage of radio talker Shannon Joy’s arraignment for “trespassing” after she was accused of wearing a mask “improperly” at a school board meeting, but that crap was thrown out by the prosecution, who decided it was too stupid to try. Good. It’s about time people fought back against the mask nannies.

Oh, happy day! Enjoy the rest of your weekend, folks! Get outside, go to church, pray, and spend time with your family. Try to find the happiness that exists all around us at all times. It’s there, I promise!