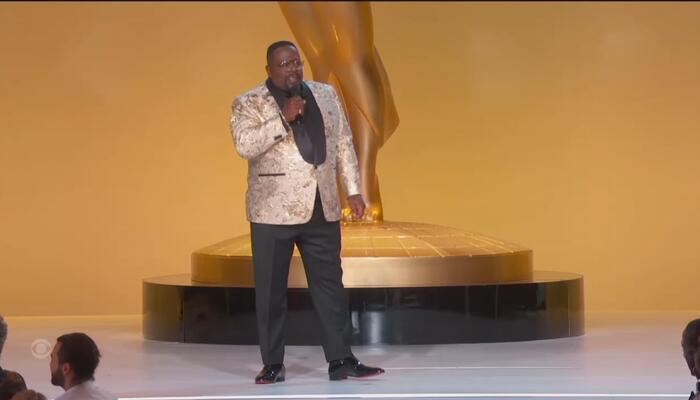 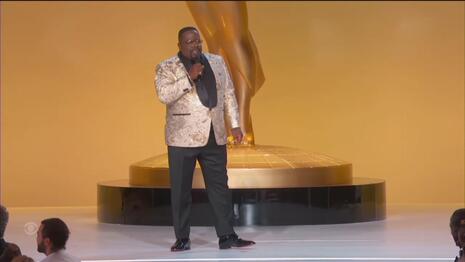 Entertainment award shows are different in the post-Trump age. Gone are the loud and vulgar obscenities and rants against those who think differently than our woke betters in Hollywood. Award shows are back to being almost boring with a few randomly odd remarks sprinkled in that at least half of the viewers will find offensive.

The 73rd Emmy Awards aired on CBS on September 19. The evening kicked off with a Seth Rogan joke that stung the show’s producers. He noted what the audience at home likely did – the audience was not masked and it was an indoor setting. His joke was that he was told it would be outdoors and instead everyone was inside a large “hermetically-sealed tent.” If he had known, he said, he wouldn’t have come. Hollywood hypocrites continue to prove we are not all in this together – two-year-olds are being masked while the liberals are socializing indoors without masks or social distancing.

There were two bad skits. One was performed by Cedric the Entertainer, the host. He dredged up the Mike Pence and Kamala Harris debate from last year during the 2020 presidential campaign. The “joke” was that he trained the fly that landed on Pence’s head. It was a tragically out-of-date bit and in the end, there was a lame “all flies matter” line.

The second was a Stephen Colbert bit about the California recall saying he had the results of the special election for the 2018 Emmy for Outstanding Comedy. That year, The Marvelous Mrs. Maisel won, “duly elected with an overwhelming majority.” He continued that California law allows for the recall of an Emmy Award and “if enough signatures are obtained – meaning the 2018 Emmy winner for best comedy could be The Marvelous Mrs. Larry Elder.” The jokes weren’t exactly bringing down the house with laughter.

Two times during acceptances speeches the women of Texas and Afghanistan were referenced. There was no context given, but everyone in Hollywood knew the implication as many of them have been explicitly comparing those supporting Texas’s new heartbeat bill with the Taliban.

Actress Julianne Nicholson won Best Supporting Actress in a Limited Series or a Limited Anthology for her role in Mare of Easttown, which takes place in the suburbs of Philadelphia. She said, in part, “So, I owe this to you and all the ladies out there, in Philadelphia, in Kabul, in Texas, or anywhere, who are struggling sometimes, finding it hard to be happy sometimes, understanding that life can be a lot sometimes, but never stopping, never losing hope, never giving up.”

As I mentioned above, award shows are different now, more subtle and subdued with the activism. The big question is: will it bring audiences back? Or have they tuned out for good?