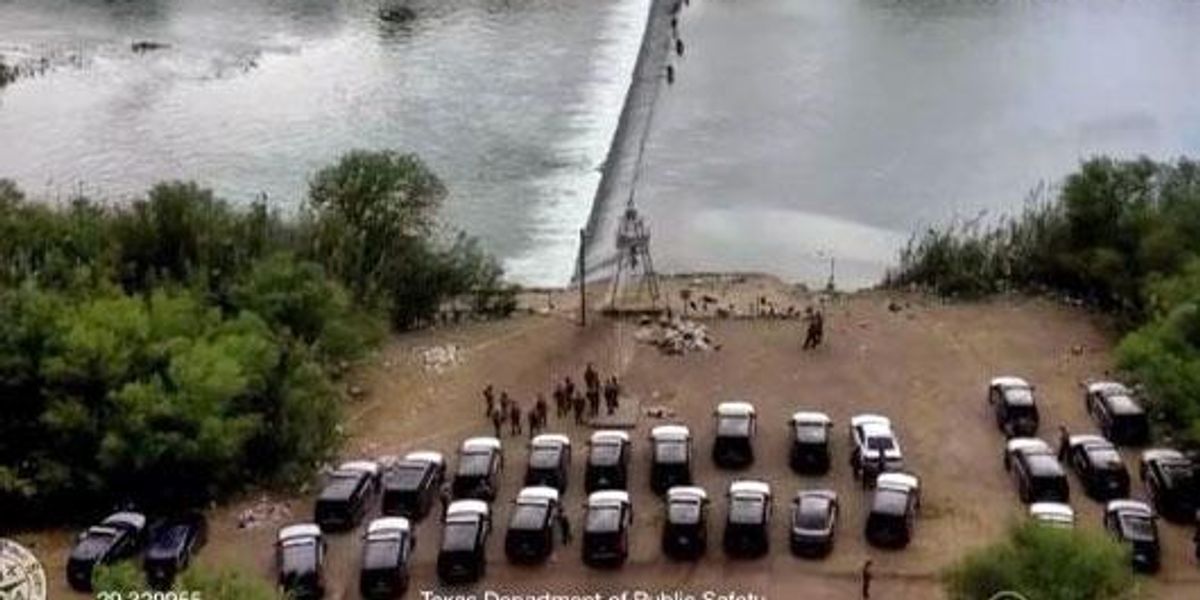 Gov. Greg Abbott said Saturday the Texas Department of Public Safety and Texas National Guard were working together to secure the area of the border where thousands of Haitian migrants have poured into the U.S. in recent days.

“The Texas Department of Public Safety is in full force along the border around the Del Rio area. They have built a barricade with their squad cars and State Troopers,” Abbott said. “The National Guard is working with them to secure the border.”

The Texas DPS shared images on social media showing a massive fleet of vehicles parked on the banks of the Rio Grande river.

“Our #bordercrisis goes beyond the RGV and South TX communities — the smuggling of drugs, people, and weapons reach… https://t.co/KPMRB81beZ

Fox News national correspondent Bill Melugin reported that law enforcement sources said that Texas authorities are seeking to be “proactive” where the Biden administration has failed. Security is a big concern given the large amount of migrants being staged under the Del Rio International Bridge.

According to Melugin, “close to 15,000 migrants [are] currently under the bridge.”

The Texas agencies are acting under Operation Lone Star, which the Texas DPS said “allows Texas to step up where the federal government has failed to #securetheborder.”

According to Border Report, the number of Texas State Troopers and National Guardsman who swarmed to the area totaled approximately 1,000.

Did the law enforcement surge help?

After Texas law enforcement swarmed the area where migrants had been crossing the Rio Grande, Melugin reported the illegal crossing of the international border had stopped.

“After @GregAbbott_TX surged @TxDPS troopers into Del Rio, it appears that illegal migrants crossings at the river have come to a halt for now,” Melugin explained. “DPS tells me hundreds of their troopers are now there to provide security and a physical deterrent.”

The conditions under the Del Rio International Bridge have been described as “out of control.” Rep. August Pfluger (R-Texas) told Fox News the situation is “worse than you could imagine.”

Migrants are accumulating massive mounds of trash, they are constructing makeshift shelters from nearby plants and sticks, and at least one migrant — who purportedly tested positive for COVID-19 — has given birth. The New York Times reported there are fewer than two dozen toilets for the migrants to use and no access to running water.

The majority of the migrants crossing into Del Rio are Haitian, and were reportedly part of a migrant caravan that entered Panama weeks ago. The Biden administration plans to begin repatriating the migrants on Sunday.

‘Unwoke’ With Kevin and Kruiser: Rat Hunting With KDJ
Should Merrick Garland Resign for Abuse of Power?
Glenn Beck: Here’s how Biden’s new finance report is the ‘most DANGEROUS movement in the world right now’
Biden Thinks He Knows the REAL Reason Behind the Jan. 6th Riot
Column: ‘Free Speech’ Media Allies with Transgender Tyranny