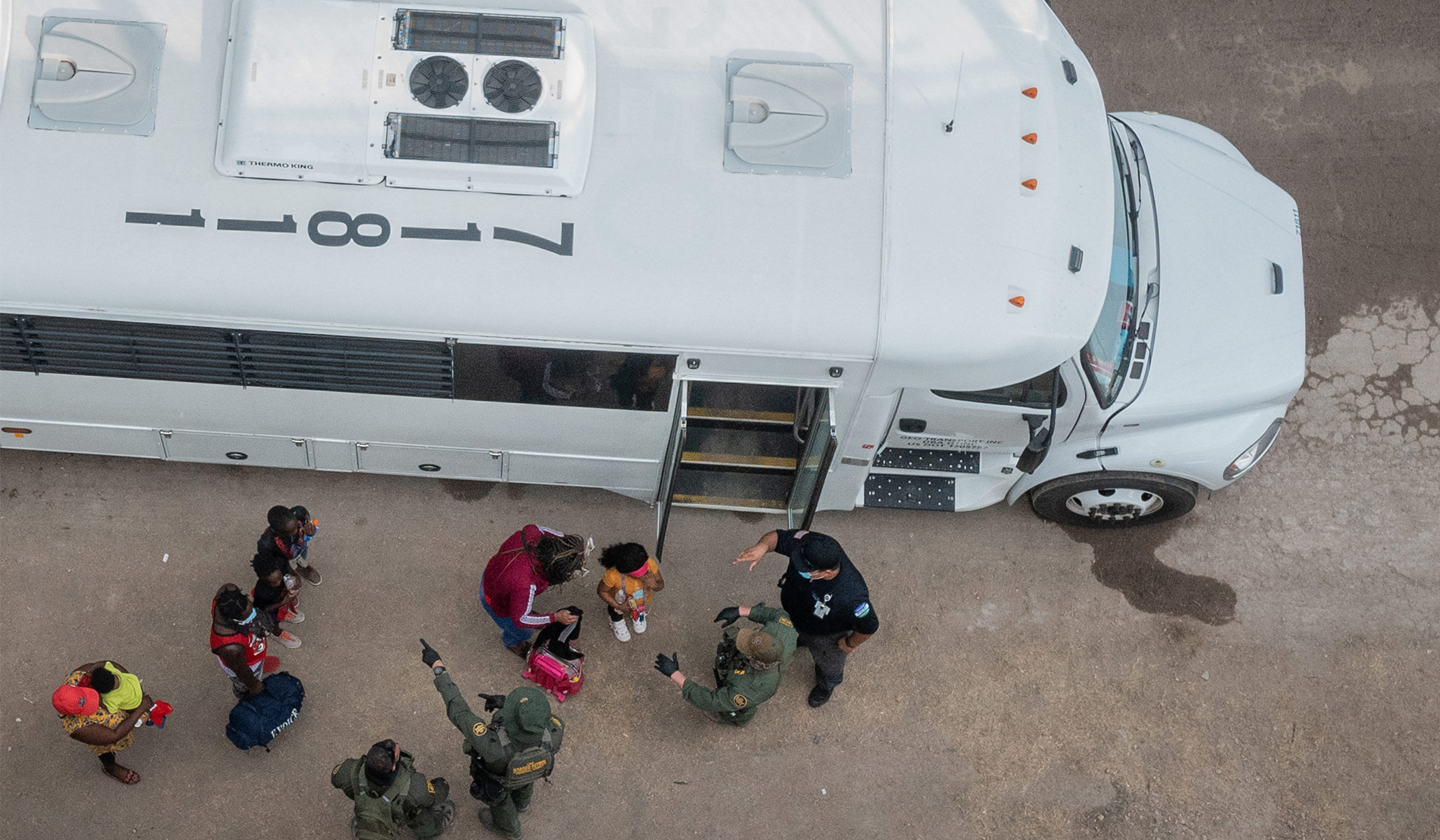 The U.S. Border Patrol union said a group of migrants escaped from a transport bus in the Rio Grande Valley, at a press conference with Texas governor Greg Abbott in Del Rio.

The bus was transporting migrants from to Brownsville from Del Rio, where thousands of migrants are camped under the International Bridge leading to Mexico. The migrants overtook the operators on the bus and escaped, although all were subsequently recaptured, the union said.

More details. The bus was headed from Del Rio to Brownsville. The migrants forced their way off the bus and fled. All were caught. Governor Abbott says they committed a crime and he wants them all jailed and prosecuted. @FoxNews

The bus was operated by contractors working with the Department of Homeland Security, and no security personnel were on board when the breakout occurred.

Abbott called for the migrants who escaped to be criminally charged and placed in jail.

Border Patrol agents have struggled to process the arrival of thousands of migrants at the camp underneath the Del Rio bridge. Around 15,000 migrants were present at the camp on Saturday, while the number has since dropped to roughly 8,600, sources told Fox News’s Bill Melugin.

Most of the migrants are Haitian, and many of those were living in South American countries before deciding to leave for the U.S. The Biden administration is expelling some migrants back to Haiti in an attempt to alleviate the situation. However, families and children are generally released into the U.S.

“We are very concerned that Haitians who are taking this irregular migration path are receiving false information that the border is open or that temporary protected status is available,” Homeland Security secretary Alejandro Mayorkas said on Monday. “Trying to enter the United States illegally is not worth the tragedy, the money or the effort.”