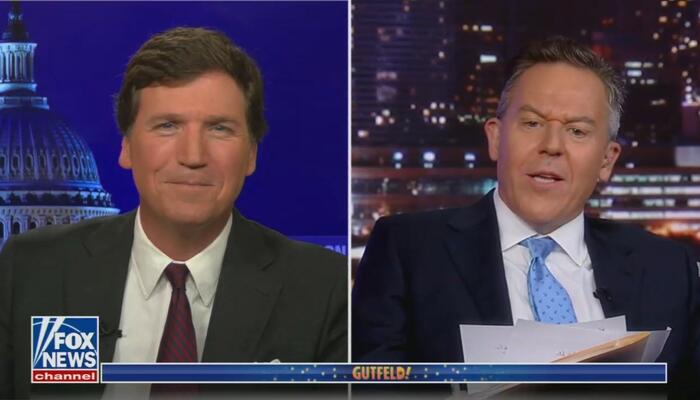 People tune in for presidential debates, but this debate was pure fun. On Wednesday night’s Gutfeld! show, Fox’s Greg Gutfeld and Tucker Carlson had a debate over which CNN host is dumber, Chris Cuomo or Don Lemon? There’s so much evidence for both sides…

On Tuesday night, Carlson said on his show “Chris Cuomo really gets the credit for being the single dumbest person ever to perform on cable news. He makes Don Lemon look like a particle physicist.” Gutfeld insisted Cuomo comes in second to Lemon.

CARLSON: Let me just say we disagree, but we don’t need to be disagreeable, we’re friends, I don’t want this in any way to affect our long-standing friendship. I agreed with you for many years. I thought that Chris Cuomo was putting on an act. You know, the weightlifting, the calling the bro talk, the huge swab. I thought he was like Bowzer on Sha Na Na, who actually went to Columbia. You know what I mean? It was a part.

GUTFELD: What a reference.

CARLSON: And then I watched him, because I used to work at CNN, I know people there, I pay attention. That guy is every bit as stupid as he seems. He went to Yale Law School, his dad was the governor of New York at the time, and he doesn’t know what’s in the First Amendment. He has zero sense of humor, which is always a tell.

But here is the absolute settling factor. He speaks only in clichés. If you listen carefully to Chris Cuomo, you will find not a single phrase that you can’t instantly get on Instagram. All of it. So dumb people speak in clichés. Don Lemon, by contrast, not a genius, but he gets the joke. Like, he sort of knows, ‘I’m a guy with no skills, I was a local news anchor in Atlanta. And look where I am now.’ He finds the whole thing hilarious.

Gutfeld found this persuasive, but made his case: 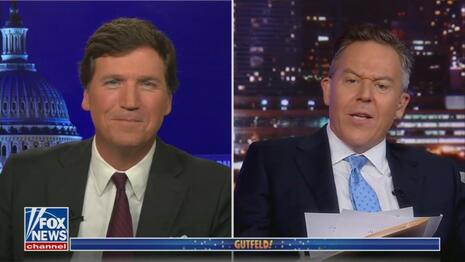 GUTFELD: I will say that Don Lemon, his stupidity was unmatched when he claimed that violence in the cities didn’t exist because he just went out and had a nice meal. So it’s like – – he is in a full - – and I honestly, you could - he, he felt that because he was recognized he was on the street - – and ‘hey, they recognized me, it was great, I had a nice meal.’ Therefore there were no assaults and homicides in New York City.

CARLSON: No, no, Greg. That’s not stupidity, that’s narcissism. He lives in the Don Lemon bubble and everything is great in Don Lemon World. At all times. And that’s kind of what I like about him.

Carlson said he preferred Lemon’s company to Cuomo’s because he said Lemon at a restaurant ordered for dessert “lemon sor-bette,” and when corrected, he insisted it was pronounced “sor-bette.” He insisted Cuomo was tormented because he knew how dumb he is and is mad about it.

This segment was sponsored in part by AT&T.