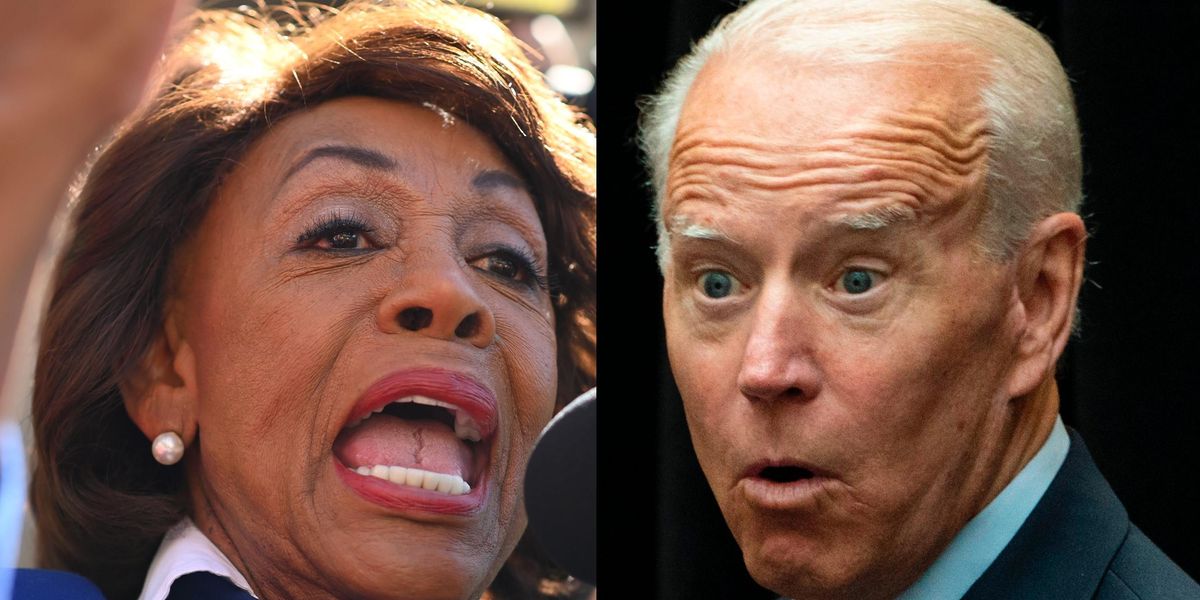 Democratic Rep. Maxine Waters of California accused the Biden administration of acting like former President Donald Trump and said that the alleged “whipping” of Haitian migrants was worse than what was witnessed under slavery.

Waters made the comments at a press conference outside of the U.S. Capitol on Wednesday after public outrage over the treatment of some Haitian migrants seeking refuge in Del Rio, Texas, where a massive encampment has formed.

“I’m pissed! I’m unhappy! And I’m not just unhappy with the cowboys who were running down Haitians and using their reins to whip them,” said Waters.

“I’m unhappy with the administration! We are following the Trump policy, he is the one who does not follow the Constitution and would not allow those seeking refuge to be able to petition to get into the country!” she added.

“What the hell are we doing here?!” she yelled.

Waters was referring to the policy implemented under the Trump administration that allowed for the deportation of illegal aliens who were seeking refugee status. President Joe Biden has used that policy to send some of the Haitian migrants back to Haiti on airplane flights. Others are being allowed into the U.S. while their refugee application is processed.

“Cowboys with their reins again whipping black people Haitians, into the water, where they’re scrambling and falling down when all they’re trying to do is escape violence in their country!” she added.

Waters went on to detail her history of trying to help the Haitian people through political turmoil and natural disasters. She also demanded to know who paid the men who were “whipping” at migrants with their reins.

“And I want to know in the first place, who is paying these cowboys to do this work? They got to be gotten rid of! They got to be stopped! It cannot go on!” she continued.

Waters had previously pushed the false accusation that the Border Patrol agents had used whips on the migrants.

For her Wednesday media briefing, she instead said that they had used their reins to whip the migrants away.

She also called for the children at the Del Rio encampment that want to come to the U.S. be allowed in immediately.

“Let people know that they trying to take us back to slavery days! And worse than that!” she yelled.

Here’s the video of Waters’ comments:

Minneapolis Voters Will Soon Decide Whether to “Defund the Police”
EPIC: Republican Lawmaker Closes House Floor Speech with “Let’s Go Brandon!” (VIDEO)
Southwest Airlines backs down from vaccine mandate after massive protests
Preserve the Fed’s Independence above All Else
Police: Coordinated mob of juvenile criminals — some as young as 12 — traveling across state lines to commit violent crimes in Delaware Valley