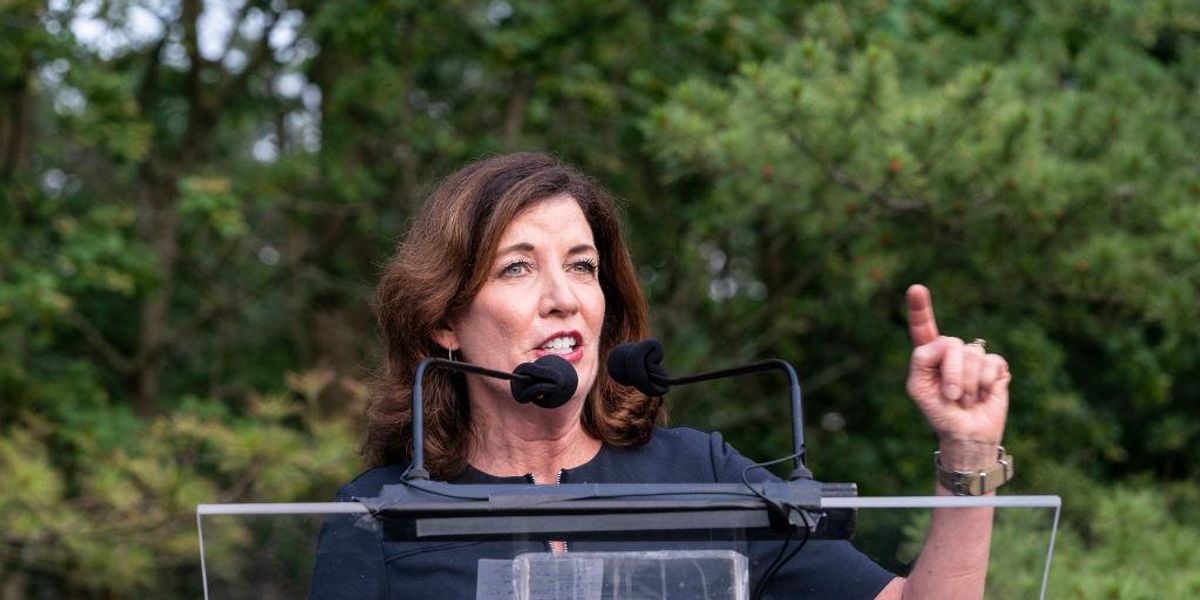 Former Gov. Andrew Cuomo announced on Aug. 16 that “all healthcare workers in New York State, including staff at hospitals and long-term care facilities (LTCF), including nursing homes, adult care, and other congregate care settings, will be required to be vaccinated against COVID-19 by Monday, September 27.”

The removal of religious exemptions prompted 17 medical workers in upstate New York to sue the state in federal court over the mandatory vaccination order — claiming the mandate is unconstitutional. The plaintiffs, most of whom are Catholic, said they refused to be vaccinated “with the available COVID-19 vaccines, all of which employ aborted fetus cell lines in their testing, development, or production.” The healthcare workers allege the vaccine mandate violates their right to the free exercise of religion under the First Amendment.

“The same front line health care workers hailed as heroes by the media for treating COVID patients before vaccines were available, including the Plaintiffs herein, are now vilified by the same media as pariahs who must be excluded from society until they are vaccinated against their will,” the lawsuit said.

State officials responded with a statement, “The state’s efforts to promote widespread vaccination, especially of healthcare workers, is in the public interest and plaintiffs cannot reasonably argue otherwise,” the state’s response said.

“Reducing the number of unvaccinated personnel who can expose vulnerable patients to the potentially deadly disease in the healthcare setting is of utmost importance. Time is of the essence,” the statement read. “As the fall and winter seasons approach, during which the weather becomes colder and people gather indoors, the likelihood of spread of the highly contagious Delta variant increases.”

“I will not let this be a problem for the state of New York,” Hochul added.

With the Sept. 27 deadline for healthcare workers to get vaccinated, Hochul demanded medical workers get vaccinated or face unemployment.

“To those who won’t, we’ll be replacing people,” Hochul told reporters in Rochester on Wednesday. “And I have a plan that’s going to be announced very shortly.”

“We’ve identified a whole range of opportunities we have to help supplement them,” Hochul said, adding that New York is “working closely with various hospital systems to find out where we can get other individuals to come in and supplement places like nursing homes.”

“We are sending out a call statewide. There are facilities, for example in New York City, that 98% of their staff are vaccinated, they don’t have a worker shortage,” Hochul said. “We are working closely with these hospitals to find out where we can get other individuals to come in and supplement nursing homes and other facilities.”

Hochul also threatened to replace unvaccinated healthcare workers with foreigners, “We’re also reaching out to the Department of State to find out about visas for foreign workers, on a limited basis, to bring more nurses over here.”

The New York Post reported that 19% of New York’s hospital workers remained unvaccinated as of Sept. 15. There were 18% of nursing home employees who were not vaccinated as of Wednesday.