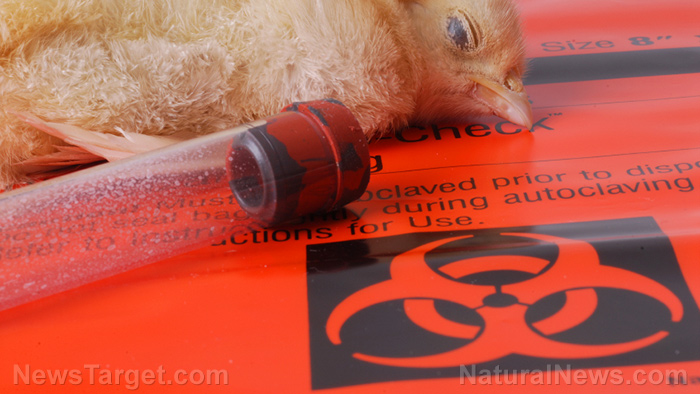 (Natural News)
(Op-Ed) The weekly, peer-reviewed medical journal The Lancet has suddenly lost a century’s worth of credibility, all in the last couple years. The journal took a lancet to its own throat and committed suicide (ruined its own reputation as a credible source for anything) by allowing the Editor, Richard Horton, to guide the proverbial ‘Titanic’ straight into an iceberg, and the “ship” is taking on water fast. Now, medical doctors and scientists cannot rely on anything The Lancet publishes, since they’ve now resorted to publishing opinions, outright paid-for-and-scripted lies, hit-pieces, and op-eds as “science-based” or “infectious disease” research.

Plus, the journal routinely bashes natural medicine while promoting chemical-based, synthetic and mRNA junk-science. Now people are dying by the thousands because of it, and justice is being called for by truth media.

Recently, The Lancet even took a political stand against homeopathy as a therapeutic option, yet vaccines, in theory, are homeopathic. Still, the vaccine industry shills at the Lancet are burying the safe remedies for COVID while promoting the lab-made concoctions that kill people in the hospital, by the thousands. This includes using propaganda and misinformation about the China Flu vaccines being safe and effective, when they’re dangerous, deadly and ineffective.

How many consecutive life sentences do you serve in federal prison for helping murder millions of people? How many more for treason? Two of the most evil cohorts on the planet, Dr. Tony Fauci and Dr. Peter Daszak, orchestrated two letters to try to cover up the lies and betrayal of the whole of humanity, and say that Covid did not originate at the Wuhan lab, when they were at the helm the whole time.

One of the world’s most respected medical journals has revealed itself as being completely bogus and unreliable, especially when it comes to infectious disease. Let that sink in for a minute. Now Fauci wants to make millions off a book about it all? This is not just a scamdemic, it’s a plandemic, and these wanna-be-Hitlers need to spend the rest of their lives behind bars.

Richard Horton has confessed that The Lancet KNOWINGLY published falsified safety and efficacy tests pieced together by the major pharmaceutical companies. Blaringly obvious conflicts of interest were used to manipulate health tests in order to gain more grants and funds for more crooked science. Where is mainstream media on all of this? Crickets. And where was MSM during the “bat soup” Covid-origination conspiracy theory? All over it for months.

Yes, the Editor of The Lancet himself admits it here: “Much of the scientific literature, perhaps half, may simply be untrue. Afflicted by studies with small sample sizes, tiny effects, invalid exploratory analyses, and flagrant conflicts of interest, together with an obsession for pursuing fashionable trends of dubious importance, science has taken a turn towards darkness.”

Flagrant conflicts of interest says it all right there. These are faked studies on drugs and vaccines, mind you, used to “educate” medical students and medical staff around the world.

Even the former editor of the New England Medical Journal, Dr. Marcia Angell, confessed: “It is simply no longer possible to believe much of the clinical research that is published, or to rely on the judgment of trusted physicians or authoritative medical guidelines. I take no pleasure in this conclusion, which I reached slowly and reluctantly over my two decades as an editor of the New England Journal of Medicine.”

Guilty: Once reliable medical journals now publishing junk science to promote deadly medical treatments for pharma profits, and the editors confess to it all

The medical deep state has their hands in everything these days, manipulating medical tests and publications in medical journals, showing only positive outcomes for skewed trials and choosing not to publish any research or tests that show negative outcomes. The true, scary results, in other words, never see the light of day. Either they cut the tests short, before the real damage kicks in from the toxic drugs or vaccines, or they simply falsify the results and illegally pay to have those published.

Now the insidious pharma goons are researching how to enhance MERS (Middle-East Respiratory Syndrome) to infect humans even worse than Covid, for the next wave of plandemic. What will be the only allowed and promoted treatment for that, kidney-killing Remdesivir, life-choking ventilators and more blood-clotting spike protein jabs?

Don’t forget, these are the same pharma trolls (FDA, CDC, WHO) who tried to import Ebola to Atlanta and New York, by bringing in sick doctors from Africa and telling them to “self-quarantine.” Yes they did. That was just 7 years ago, believe it or not. We almost had a REAL pandemic of apocalyptic proportions. Recall that after health authorities told Dr. Craig Spencer he could self-quarantine with his Ebola symptoms of 103-degree fever and nausea, he did just the opposite.

In fact, Spencer had just traveled to JFK airport from Guinea, West Africa, a nation riddled with horrific Ebola outbreaks. He then tested positive for Ebola and was seen drinking alcohol at a bowling alley and grocery shopping in New York City.

This is how the CDC and the FDA function during pandemics. They brew them, breed them, then back up and play fake damage control, lying to the public via television, internet mass media, and of course, the not-so-prestigious lying medical journals. It’s outright medical murder and the evidence has piled up like a RICO case. These guilty medical trolls need to go to jail for mass murder, and soon, before they inflict even more catastrophe on the planet. A final question: How many people have already died because of the decisions made by Lancet’s editor-in-chief Richard Horton?

Are you, or is someone you know suffering from SPS – Spike Protein Syndrome? Tune your truth news dial to Pandemic.news for the best ways to keep your body healthy, your home safe, and your constitution protected.

Nancy Pelosi scolds the media for not selling Democrats’ agenda, says Americans support it without knowing they do
NC Lt. Gov. Mark Robinson takes defiant stand as he faces calls to resign after calling homosexuality ‘filth’: ‘I will not back down’
Did the United States negotiate with the TALIBAN to send humanitarian aid to Afghanistan?
Hospital security guard who was fired over viral video of him confronting belligerent, unruly woman is ‘heartbroken’ over dismissal — but has no regrets over conduct
Guilford Residents Accuse Pro-CRT School Board Candidates of Illegally Mass Mailing Absentee Ballots