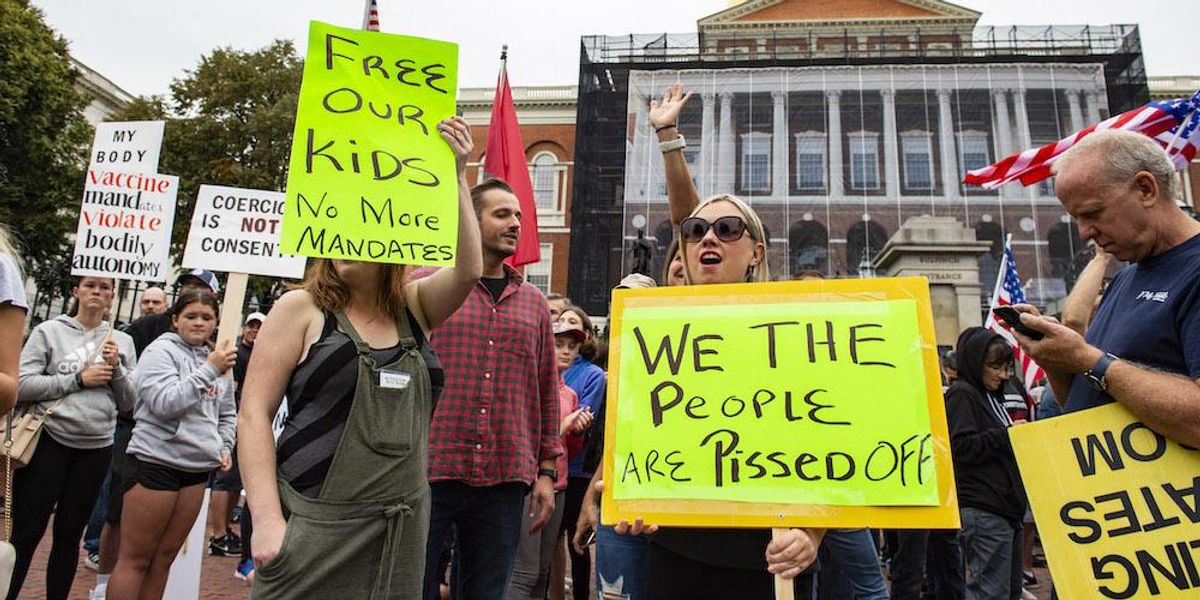 When you see damning testimony about the true origins of COVID-19 or how negative impacts of the vaccines are being covered up as we saw last week, anger isn’t optional.

You should feel anger at a level that can’t help but stir you to righteous action. It should come to you reflexively as the citizen of a country founded in liberty, no different from a drowning man seeking out a gasp of saving breath. One way or another, a life worth living is at stake.

Having enemies, I understand and expect this side of eternity. But doing nothing about them — even emboldening them — rather than be bothered to risk anything, or take a stand, is such a foreign concept to me that I almost want my enemies to have their way at times just so the chronically ambivalent wearing my jersey get what they deserve.

I hate the willful ignorance. I hate the excuses. I hate the cowardice. It comes down to a simple math: While I know more often than not we can defeat my enemies given a fair fight, I also know none of it matters if our sense of civic virtue and duty has been so gutted that such a win will neither be recognized or sustained. I mean, what do you do if you try to save a man from drowning and he responds with “breathing is overrated”?

Here in Iowa, we have been blessed more than most states during COVID in terms of the quality of our leadership and the relative openness with which were left to carry on our daily lives. Yet lest that be honored and appreciated by our local smart set, as soon as a single judge overturned the will of our state legislature (where have I ever heard that before?) and overturned a ban on mask mandates, five of the largest and most prominent school districts in the Greater Des Moines area couldn’t race fast enough last week to demand each and every kid once again breathe all of their oxygen through a useless Chinese face diaper.

And there the residents of those school districts went, grabbing their ankles and complying rather than tarring and feathering the flat-earth bastards who did this to their children. Let me remind you again why sometimes I struggle not to root for the evil to punish the foolishly gutless.

King Théoden once lamented, “What can men do against such reckless hate?” He had it easy, though. How about what can men do against such reckless apathy? I’ll take his problem any day. We have little time left to correct our course. Thankfully, we have been given a great place to start this fall when school board elections come around. They will be the first nationwide elections held since the presidential rip-off of 2020 and are an unmistakable opportunity to send a message about our priorities and viability as a free people.

To that end, every local election is national now and every national election is local. It’s up to us to know the issues and understand the consequences of failure. If we don’t, we deserve what we get. Please, for the love of God, please remember that you are called to something far greater than Netflix and chill.

What are you prepared to do?