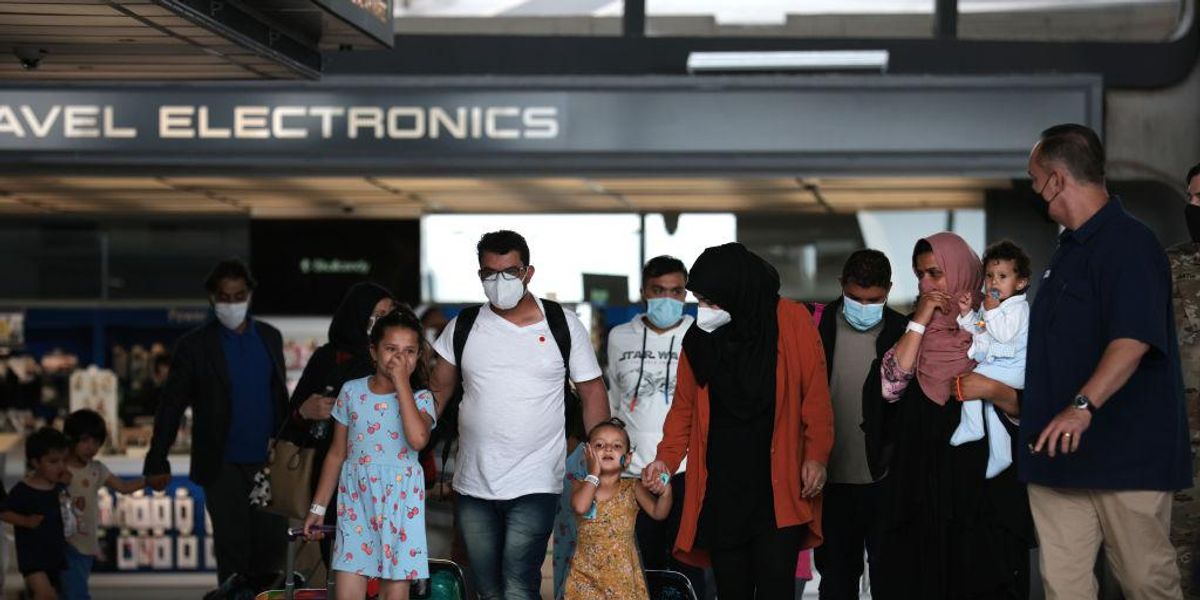 What do you call a government that will mask an asymptomatic 2-year-old American but bring in people without measles and polio vaccines from the most disease-ridden countries in middle of a pandemic?

You have to give Australia credit. At least it is consistent about its totalitarian approach to the pandemic. While Australian officials repress their own people, they most certainly don’t allow foreigners into their country either. America, on the other hand, has now commandeered the bodily integrity of its own citizens under the guise of combatting a pandemic with a vaccine that doesn’t even work. At the same time, our officials are inviting the greatest global migration from countries that have some of the lowest vaccination rates for diseases we have basically eradicated and for which the vaccines actually work.

The beauty of the American left is how deftly and seamlessly they are able to turn on and off a public policy faucet when it suits them. When it comes to bulldozing fundamental rights of Americans, there is quite literally no tool our government won’t use under the guise of public health. Yet when it comes to inviting hundreds of thousands of people from Afghanistan and close to 2 million at our border this year from third world countries, even older viral threats suddenly don’t exist any more.

While the American media and politicians, including the Senate GOP leader, compare not getting the risky, ineffective COVID shots to not getting the polio vaccine, both parties have agreed to bring in hundreds of thousands of unvetted Afghanis. Among many problems is that their country is saturated with diseases. The CDC says that “individuals from Afghanistan are being resettled across the U.S. Afghanistan ranks 7th in the world for measles cases with a current outbreak,” and yes, “one of only two countries with both wild and vaccine-derived poliovirus in circulation” (emphasis added).

Now there are measles outbreaks in Northern Virginia and Wisconsin’s Fort McCoy, two places that have received large numbers of the Afghan refugees. We flattened our economy, society, and liberty in a failed attempt to alleviate the burden on the hospitals, yet now we have elected fill Northern Virginia hospitals with Afghans during our own pandemic.

Here are the latest details from the Epoch Times:

Other than measles, tuberculosis, and malaria, the CDC said that there are concerns about evacuees having an increased likelihood of “shigellosis, giardiasis, cryptosporidiosis, hepatitis A, rotavirus, and viral diarrheal diseases.”

The CDC, according to the release, is “also aware of some cases of varicella, mumps, tuberculosis, malaria, leishmaniasis, hepatitis A, and COVID-19 among evacuees. Although COVID incidence in this population has been notably low, COVID immunization and testing is being provided for all evacuees.”

The CDC claims it is vaccinating and quarantining the Afghans, but why are we bringing them in the first place when, according to DHS Secretary Mayorkas, 84% of them are not special immigrant visa holders or lawful permanent residents? In addition, Biden plans to bring in 125,000 other refugees this year — not including those from the border or from Afghanistan.

This is the relatively controlled, though unvetted, flow of refugees. What about the hundreds of thousands crashing our border? As Fox News reports, the government has contracted with private airlines to fly tens of thousands of illegal aliens into the interior of this country. “So basically all we’re doing is we’re catching them at the border, shipping them into the interior, releasing them and getting more and then releasing them and then getting more and releasing them,” warned former ICE Buffalo Field Office Director Tom Feeley.

Do you really think all of these are up on their shots and are properly quarantined? In fact, White House press secretary Jen Psaki defended the illegal alien exemption from international testing and quarantine regulations by suggesting that these border-hoppers are “not intending to stay here for a lengthy period of time.”

Yeah, right! They came from around the world for a week’s vacation! And since when did international travelers get exempted from COVID restrictions when they are not staying here for a lengthy period of time?

So, what explains the gross dichotomy between the treatment of Americans and foreigners with regard to public health policy? Well, it’s certainly not driven by concern of viruses. It’s all about control, subjugation, and replacement of Americans. To add insult to injury as it relates to immigration and the pandemic, New York officials are now threatening to replace Americans fired from health care jobs for not getting the shots with … you guessed it … Haitian nurses! New York Gov. Kathy Hochul told reporters Wednesday that they are working with the State Department “to find out about visas for foreign workers, on a limited basis, to bring more nurses over here” as part of the solution to replacing the 20% of health care workers who are refusing the shots.

In other words, they never cared about COVID. After all, if they truly feared the virus, they would have carpet-bombed the country with early treatment rather than restricting it. They are not doing this to protect us from the virus; they are using the virus to replace us as citizens.