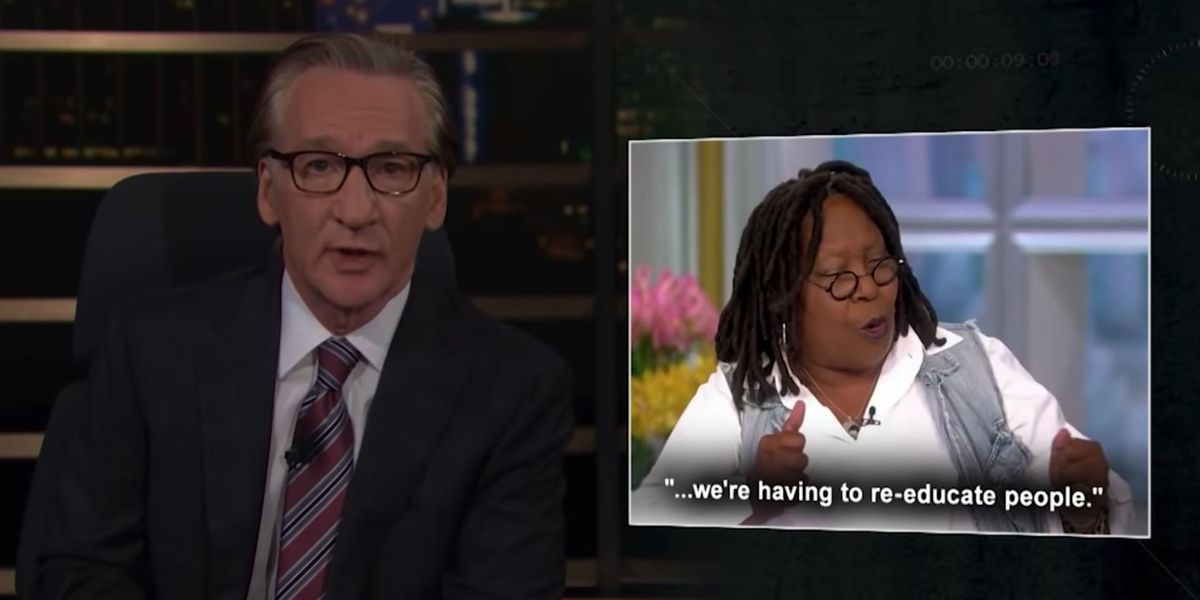 What did Goldberg say?

“And just so you know, Bill, ‘Lift Every Voice’ has always been considered the black national anthem. It’s always been that because the separation of the anthems has been so clear to us,” Goldberg added. “Now, maybe other people don’t feel like that, but I feel like we have to re-educate and retell people. We don’t think rape humor’s funny. We don’t think talking about Native American people in a really despicable way is not funny. It’s not funny, and we have to re-educate.”

How did Maher respond?

“Whoopi Goldberg said, quote, ‘We’re having to re-educate people.’ Because nothing ever goes wrong when you start talking about re-education,” Maher said. “Just ask Chairman Mao. Maybe we can set up some sort of camp.”

Maher suggested that Goldberg completely missed his point. Maher said he was not defending the “Star-Spangled Banner,” but was instead promoting the use of a single national anthem and the idea that “segregating by race is bad.”

“Symbols of unity matter. And purposefully fragmenting things by race reinforces a terrible message that we are two nations hopelessly drifting apart from each other,” Maher explained. “That’s not where we were even 10 years ago and it’s not where we should be now.”

Maher went on to say that supporting two national anthems is basically arguing for “separate but equal.”

“If we have two anthems, why not three? Or five? Why not a women’s anthem? A Latino anthem? A gay, trans, Indigenous peoples, an Asian Pacific Islander anthem? Because ‘I’m not dealing with you, I’m not speaking to you’ is not a way you can run a country and most people of all backgrounds understand that already and don’t even want to try to do it that way,” Maher said.

“I’m not out of step! Believing in separate but equal? That’s out of step— by 67 years,” Maher continued. “It was 67 years ago, in 1954, when the Supreme Court handed down their landmark Brown v. Board of Education ruling, which said ‘separate but equal’ isn’t what we do here. We decided we’re going to try to make this work together.”

Later, Maher said that liberals are becoming “so woke [they’re] coming out the racist side.”

“We need to stop regarding this new woke segregation as if it’s some sort of cultural advancement. It’s not,” Maher said.

“Countries do disintegrate into madness when they indulge their separatist tendencies: Hutus slaughtering Tutsis in Rwanda, Catholics and Protestants in Ireland, Sunnis and Shiites in Iraq, Hindus and Muslims in Kashmir, everyone in Afghanistan and that one Jew,” he continued. “We need to unite as one nation who come together and sing one anthem always out of key.”

NBC Drama Perfectly Captures Unplanned Beauty in Unplanned Parenthood
The Supply Chain and Shipping Mess Is <i>Partly</i> the Administration’s Fault
The Kruiser Kabana Episode 154: Trump Needs to Make Up His Mind About 2024 ASAP
Jim Jordan Asks the Right Question About COVID’s Origins
Nancy Pelosi scolds the media for not selling Democrats’ agenda, says Americans support it without knowing they do