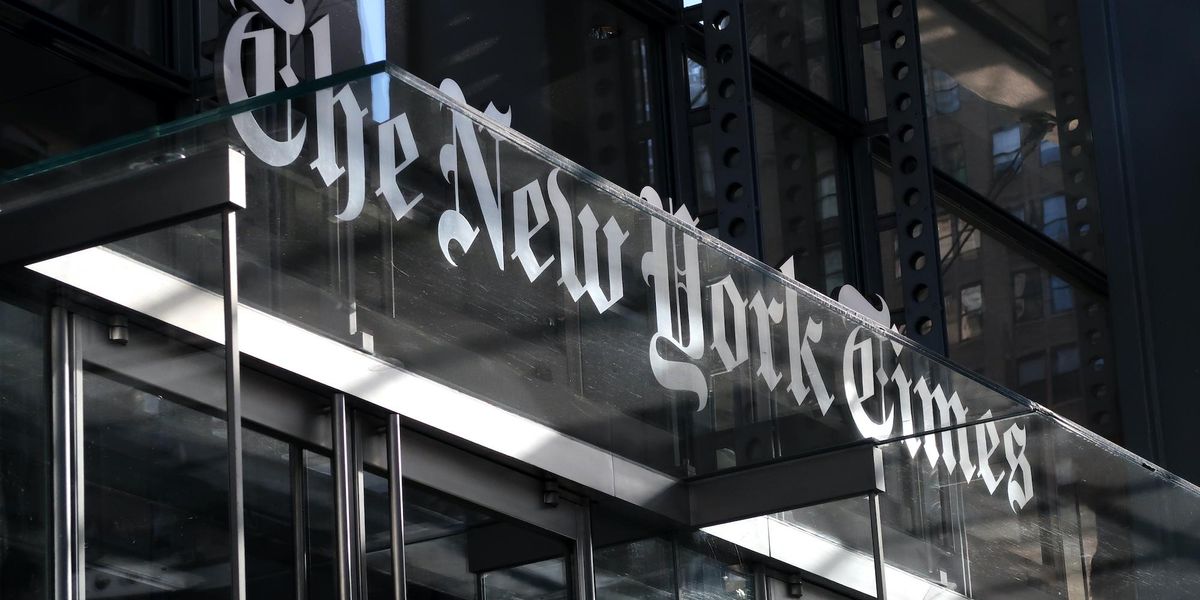 The New York Times quietly edited what many saw as an anti-Semitic trope from an article about the congressional vote for funding the Iron Dome missile defense system in Israel.

The original article blamed “influential lobbyists and rabbis” for the pressure felt by some Democrats to support the $1 billion funding for the missile system. Congressional correspondent Catie Edmondson tried to explain why Rep. Alexandria Ocasio-Cortez (D-N.Y.) cried on the floor of Congress after she changed her “no” vote to “present.”

Many immediately saw the description as evoking the anti-Semitic trope of Jews controlling the government, and some posted the problematic section to social media.

From the NYT story. As a generous spirit, I’ll just say ‘lobbyists and rabbis’ is a suspicious trope at best. https://t.co/r2ZaAkH5A1

Rather than issue a clarification or explanation, the New York Times simply deleted the problematic description.

Some pointed out that the premise behind the description didn’t make much sense given that the vote was overwhelmingly in favor of providing the funds for the missile defense system.

“AOC isn’t afraid of “lobbyists” or “rabbis,” it’s that she realizes it’s unpopular among NY *voters* that she opposes saving the lives of Jewish children from terrorist bombs. Poor AOC!” tweeted Seth Mandel, editor of the Washington Examiner.

“The vote was 420-9-2. Lobbyists and rabbis wouldn’t have needed to pressure AOC for her vote. In fact, the point was made better without it,” responded Ed Morrissey, editor of Hot Air.

Ocasio-Cortez faced similar backlash when she tried on Friday to apologize for the change in her vote without offering much of an explanation. She posted a long statement that left many bewildered and angry at the socialist democrat.

Here’s more on the AOC vote on the Iron Dome: