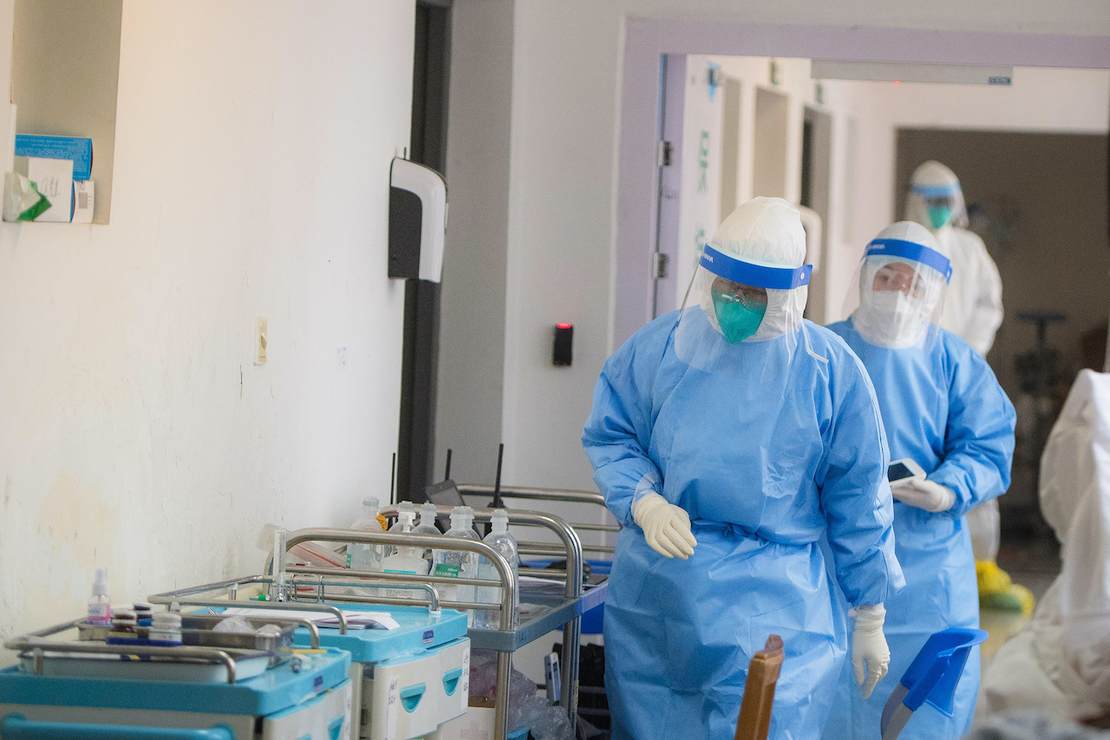 No one should diminish the fact that Dr. Peter Daszak from EcoAlliance and a team of researchers planned to shoo a bunch of chimeric viruses into a bat cave. However, the role of another American, Dr. Raplh Baric, is often overlooked in the discussions surrounding the Wuhan Institute of Virology. The EcoHealth Alliance proposal to the Defense Advanced Research Projects Agency (DARPA) listed Baric as a team member. He also taught researchers at the Wuhan lab how to create chimeric coronaviruses.

In the denial of funding from DARPA, reviewers noted that the research team never addressed the ethical, legal, and social issues (ELSI) attendant in their proposal. Program Manager James Gimlett, Ph.D., from the biological technologies office, also clearly noted that the team did not address other inherent risks:

The team discusses risk mitigation strategies to address potential risks of the research to public health and animal safety, but it does not mention or assess potential risks of Gain of Function (GoF) research and DURC [dual use research concerns] Given the team’s approach does potentially involve GoF/DURC research (they aim to synthesize glycoproteins that may bind to human cell receptors and insert them into SARSr-CoV backbones to assess capacity to cause SARS-like disease), if selected for funding an appropriate DURC risk mitigation plan should be incorporated into contracting language that includes a responsible communications plan.

After this denial in 2018, the language changed in the annual update to EcoHealth Alliance’s project 2R01AI110964, funded by the NIAID run by Dr. Anthony Fauci. Until the fiscal year 2019, the third outcome of the abstract reads as follows (emphasis mine): “Test predictions of CoV inter-species transmission. Predictive models of host range (i.e., emergence potential) will be tested experimentally using reverse genetics, pseudovirus, and receptor binding assays, and virus infection experiments across a range of cell cultures from different species and humanized mice.”

Researchers use reverse genetics to create genetically altered organisms to study the effect of specific genetic mutations. It is accomplished by adding to the genetic sequence of an organism or removing items from it. Scientists can use this method to enhance the infectious ability of a virus or other pathogen. Then they can assess infectiousness using mice with humanized airway cells. Oddly, in the last update to EcoHealth Alliance’s project, the third outcome is devoid of any mention of reverse genetics and humanized mice, even though the purpose and goals had not changed.

Without the details of the experiments conducted, it is impossible to know how researchers in U.S. and China were altering the coronaviruses they collected. However, an MIT Technology Review article described how two members of the DARPA application team applied this technology to bat coronaviruses (emphasis mine):

In 2013, the American virologist Ralph Baric approached Zhengli Shi at a meeting. Baric was a top expert in coronaviruses, with hundreds of papers to his credit, and Shi, along with her team at the Wuhan Institute of Virology, had been discovering them by the fistful in bat caves. In one sample of bat guano, Shi had detected the genome of a new virus, called SHC014, that was one of the two closest relatives to the original SARS virus, but her team had not been able to culture it in the lab.

Baric had developed a way around that problem—a technique for “reverse genetics” in coronaviruses. Not only did it allow him to bring an actual virus to life from its genetic code, but he could mix and match parts of multiple viruses. He wanted to take the “spike” gene from SHC014 and move it into a genetic copy of the SARS virus he already had in his lab. The spike molecule is what lets a coronavirus open a cell and get inside it. The resulting chimera would demonstrate whether the spike of SHC014 would attach to human cells.

SHC014 is the virus in the 2015 paper Senator Rand Paul questioned Dr. Anthony Fauci about. The virus created by Baric and Shi in that experiment in 2014 is not SARS-CoV-2, but it did demonstrate the ability to infect the airways of humanized mice. That was not the end of the work altering viruses in China. As the authors at MIT Technology Review note, “The NIH decided the risk was worth it. In a potentially fateful decision, it funded work similar to Baric’s at the Wuhan Institute of Virology, which soon used its own reverse-genetics technology to make numerous coronavirus chimeras.”

Because the chimeric virus created by Baric and Shi infected humans, Baric told the media that coronaviruses were a clear and present danger. The research was allowed to continue under the gain-of-function moratorium exceptions to protect public health and national security. Not all experts agreed. Dr. Richard Ebright, a microbiologist from Rutgers, told Nature, “The only impact of this work is the creation, in a lab, of a new, non-natural risk.”

By now, we know that the Wuhan Institute of Virology used a lower level of biosafety than would be ideal when dealing with viruses that can potentially infect humans. Even Baric has acknowledged that a biosafety level 2 lab was not appropriate for this type of research. In June, he told MIT Technology Review:

Let’s face it: there are going to be unknown viruses in guano, or oral swabs, which are oftentimes pooled. And if you’re attempting to culture a virus, you’re going to have novel strains being dropped onto culture cells. Some will grow. You could get recombinants that are unique. And if that was being done at BSL-2, then there are questions you want to ask.

That may be why he joined other scientists in May of 2021, writing a letter published in Science calling for greater clarity about the origins of SARS CoV-2. That perspective is a departure from a May 2020 paper where Baric argued for a natural origin of the virus.

In the 2020 paper, Baric cites research done by Dr. Kristian Andersen from the Scripps Research Institute. Andersen’s claim to fame is sending an e-mail to Dr. Anthony Fauci expressing concern about characteristics of the virus that could not be explained through natural evolution while saying something else publicly. Andersen cites two features of the virus that indicate natural origins, according to Baric:

Recently, Andersen et al 2020 outlined the two most notable genetic features of SARS-CoV-2 that likely contribute to its virulence in humans: 1) a receptor-binding domain (RBD) that is optimized for binding to the human angiotensin-converting enzyme 2 (hACE2) molecule as the viral receptor and (2) the presence of a polybasic (furin) cleavage site at the S1-S2 boundary in the spike protein.

These genetic features became even more interesting when scientists from D.R.A.S.T.I.C. reviewed the details of the full EcoHealth Alliance DARPA proposal. I will discuss those details in Part #4.