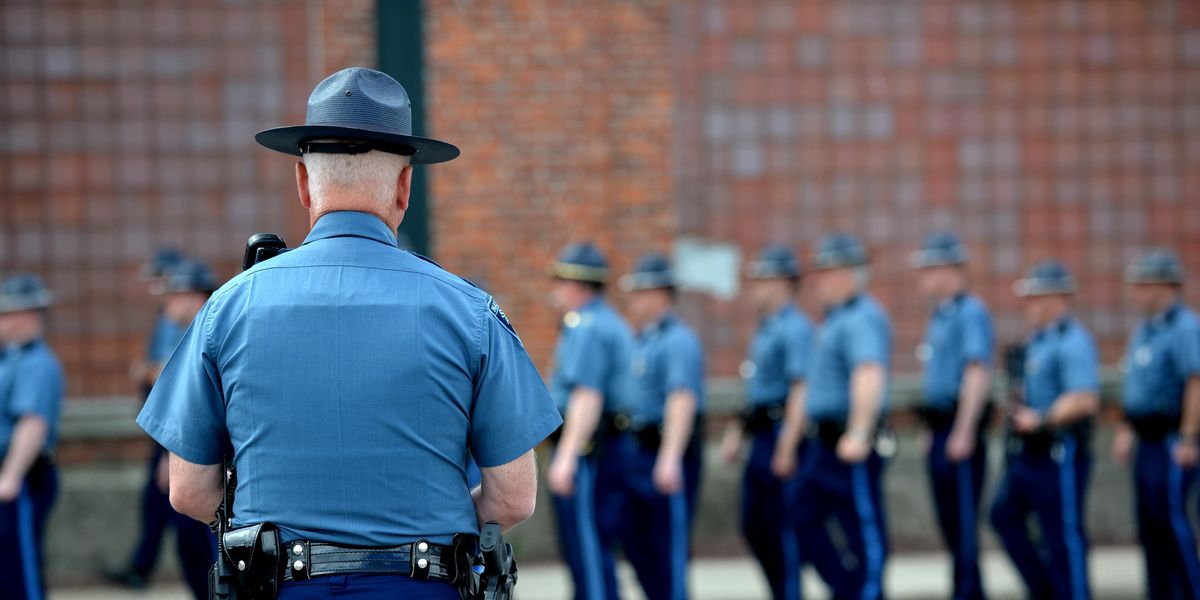 Earlier this week, Michael Cherven, State Police Association president, said that troopers ought to have “reasonable alternatives” to COVID-19 vaccine requirements, including mitigation tactics such as mask-wearing and regular testing.

In August, Massachusetts Gov. Charlie Baker (R) signed an executive order mandating coronavirus vaccines for all department employees. All employees are required to show proof of vaccination by Oct. 17 or face disciplinary action up to and including termination.

“It is unfortunate that the governor and his team have chosen to mandate one of the most stringent vaccine mandates in the country with no reasonable alternatives,” Cherven said in a statement on the governor’s order.

“Many of these troopers are going to be returning to their previous municipal police departments within the state that allow for regular testing and masks. To date, dozens of troopers have already submitted their resignation paperwork,” he added according to the Daily Mail.

He continued, “Throughout COVID, we have been on the front lines protecting the citizens of Massachusetts and beyond. Simply put, all we are asking for are the same basic accommodations that countless other departments have provided to their first responders, and to treat a COVID related illness as a line of duty injury.”

Cherven noted that conditions will deteriorate if the departments become short-staffed.

“The State Police are already critically short-staffed and acknowledged this by the unprecedented moves which took troopers from specialty units that investigate homicides, terrorism, computer crimes, arsons, gangs, narcotics, and human trafficking, and returned them to uniformed patrol,” Cherven added.

“The union, which represents 1,800 members, argued that the state needed to bargain with workers before implementing the mandate,” the station reported.

Judge Jackie Cowin of the Massachusetts Supreme Court denied the request, saying, “The public interest is, unquestionably, best served by stopping the spread of the virus, in order to protect people from becoming ill, ensure adequate supply of medical services, and curtail the emergence of new, deadlier variants of the virus.”

In a statement, the police union’s attorneys said that up to 20% of state police employees remained unvaccinated at the time.