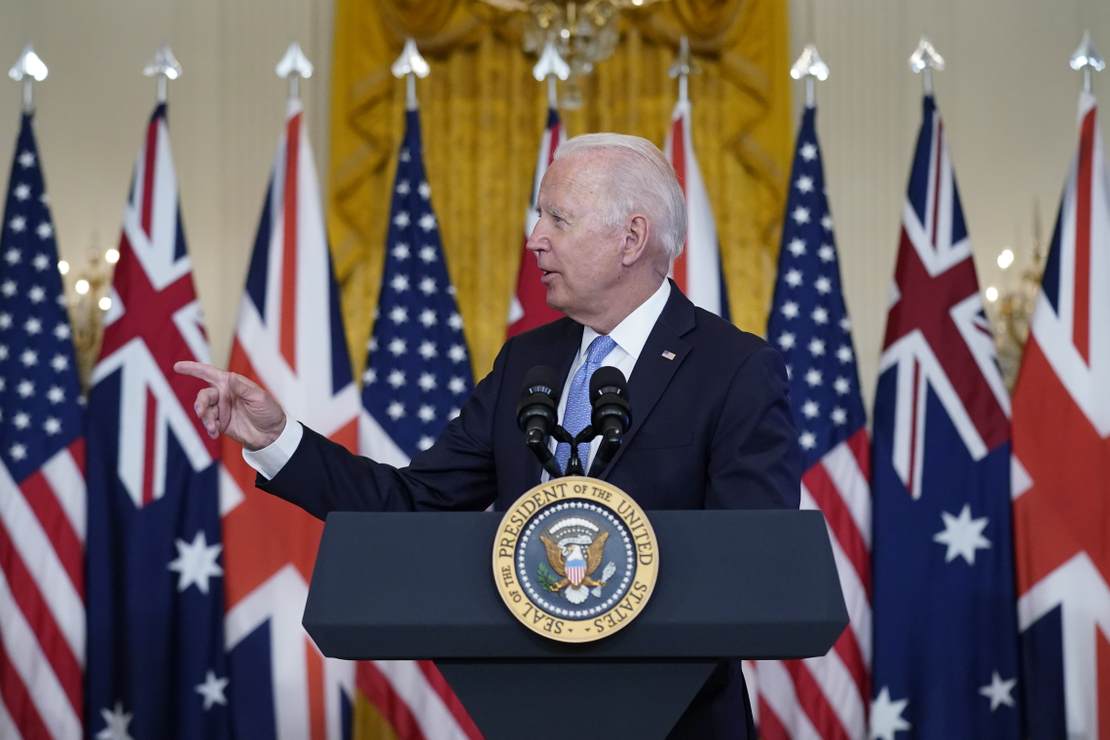 On Monday, Joe Biden made the stunning claim that nearly 100 percent of Americans need to be vaccinated before our country can return to normal.

“How many Americans need to be vaccinated for us to go back to normal?” a reporter asked Biden after he received his COVID booster shot. “Like what is the percentage of total vaccinations that have to be deployed?”

Biden continued, “I think — but one thing for certain: A quarter of the country can’t go unvaccinated and us not continue to have a problem.”

REPORTER: “How many Americans need to be vaccinated for us to get back to normal?”

BIDEN: “97%, 98%. I think we’ll get awful close. But I’m not the scientist. I think one thing is for certain. A quarter of the country can’t go unvaccinated and us not continue to have a problem.” pic.twitter.com/oT0zRXxpJo

Where exactly did he get those numbers–96, 97, 98 percent–from? Let me be the first to tell you that we’ll never get it that high. So either Biden gaffed by suggesting such a high vaccinate rate would be required to get us back to normal, or he’s condemned us to another three years of social distancing, mask-wearing, and big-government interventions. I’m sorry to say that I think it’s the latter. The troubling part of Biden’s remark is the disregard for natural immunity achieved by those who have recovered from COVID. Those people seem to not matter. As PJM’s Paula Bolyard recently noted, “there’s lots and lots and lots of science showing that [natural immunity is] superior to double-vaxxing.” Based on science alone, we shouldn’t need near 100 percent vaccination to achieve herd immunity. Nearly 55 percent of the population has been fully vaccinated (63 percent have had at least one dose) and, according to Worldometer, 33.3 million people have recovered from COVID. Also, studies have shown that the total number of COVID cases could be underestimated by half because of asymptomatic cases.

According to the 2020 census, the population of the United States is 331,500,000 (rounded up), so let’s do a rough (and admittedly unscientific) calculation. If our vaccination rate is 55 percent, that means 182,325,000 people are vaccinated, and if 33.3 million people have recovered, and assuming that another 33.3 million were asymptomatic, that’s 248,925,182. That brings us to 75% of the country with some form of immunity. Now, don’t get me wrong, there’s likely some overlap between the vaccinated and recovered, so the number is likely lower than 75 percent, but I dare say that we’re still probably not too far from 75 percent.

And 75 percent is smack dab in the middle of what Dr. Anthony Fauci predicted would be necessary to achieve herd immunity back in March.

“We anticipate — and again, it’s purely a speculation — that the herd immunity level will be about 70 to 85 percent,” Fauci said. ” And that’s the time that we believe, if you look at the planned rollout of the vaccines, that we would hopefully get to that point somewhere by the end of the summer and the early fall.”

And here we are, “end of summer and the early fall.” We could be right on target with the herd immunity level. Maybe we’re only at 60, 65, or just under 70 percent. But Biden is now saying that 70-85 percent is too low and that we need as high as 98 percent vaccinated, not just 98 percent with immunity—which, I might add, is higher than any herd immunity threshold (HIT) for other well-known infectious diseases.

So I have questions. Where did Biden get his numbers from? Do medical experts now agree with his numbers? If so, why did they change?

Related: What’s Your Actual Risk of Dying From COVID?