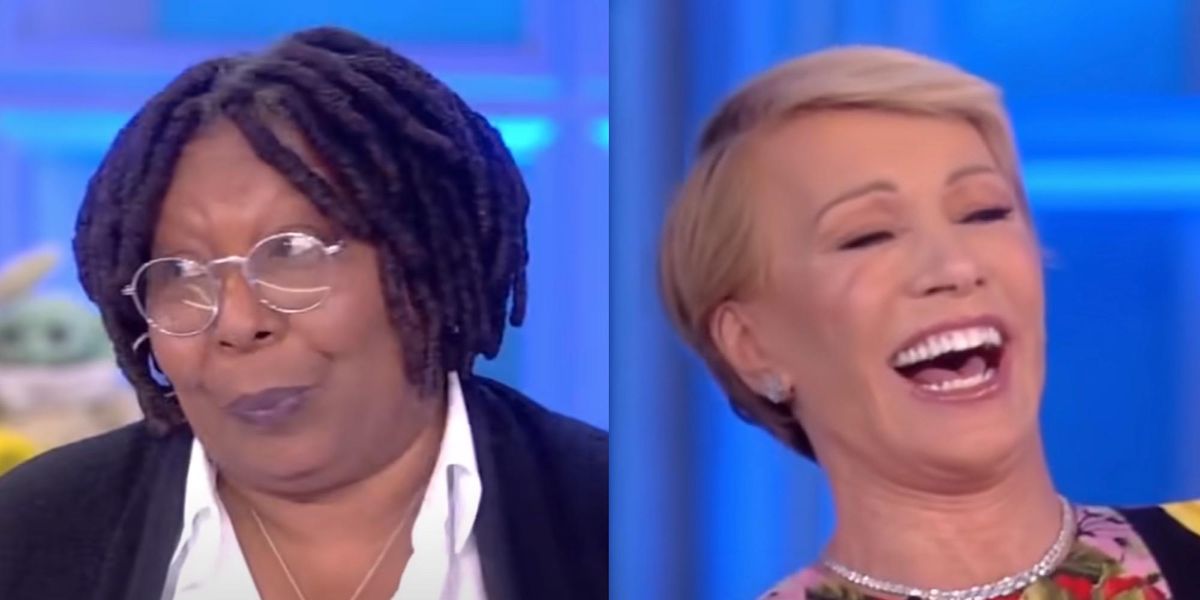 Celebrity entrepreneur Barbara Corcoran apologized for what some called a “fat-shaming” joke against Whoopi Goldberg during a live broadcast of “The View.”

Corcoran and the other hosts of “The Shark Tank” were on the show talking about pants when she fired off a jab noting the relative sizes of her pants with those of Goldberg.

“Well I have to try them,” said Goldberg of a brand of pants featured on the “Shark Tank.”

“Will they fit this COVID [butt]?” Goldberg asked.

The hosts engaged in playful banter about their derrieres growing during the pandemic when Corcoran pounced.

“And when you get finished with those jeans and decide you don’t like them, give them to me, I’m gonna make two pairs!” laughed Corcoran.

Her joke was met with scorn by much of the audience and also co-host Ana Navarro, who made her own crack against Corcoran’s dress. Many viewers objected to the joke and lambasted Corcoran on social media.

“I just came back from ‘The View’ and saw my old friend Whoopi. As you well know, she has a phenomenal sense of humor, and I’ve known Whoopi for years,” said Corcoran.

“I made a joke at Whoopi’s expense, which I now realize wasn’t funny,” she added. “For anyone who I may have offended unintentionally, I just wanted to say I really am very sorry.”

Despite the apology, some critics on Twitter continued to pound on Corcoran.

“This wasn’t about Whoopi’s humor. And if you need to question IF fat shaming is offensive then seems like you didn’t really learn anything,” said one detractor.

Corcoran worked as a waitress before starting a real estate business from a $1,000 loan. She later sold the business for $5 billion.

Here’s the video of the uncomfortable joke: